Oil and gas producers are running out of time

There are market signs everywhere of growing impatience with the oil industry. Powerful investors are exiting high-carbon investments or limiting their exposure.

As the financial sector incorporates climate risk into credit calculations, companies not prioritizing decarbonization face a higher cost of capital, according to research by environmental disclosure nonprofit CDP. A growing number of regulations worldwide restrict or tax carbon dioxide (CO2) emissions. In surveys, the public ranks climate change as one of the biggest existential threats to the planet. Recently, Google pledged to stop developing artificial intelligence tools for oil exploration. And finally, industries across the spectrum are pledging to go carbon-neutral.

Where does that leave international oil companies? Almost all are working on strategies to cut their emissions by 2050, but they are likely to find that few of their plans go far enough, fast enough to avoid the risk of asset-value erosion. Where many strategies currently revolve around incremental increases in low-carbon investments and purchases of carbon offsets, oil majors need to be aiming instead for a transformation of their business model into one based on what it will take for energy enterprises to thrive in a future threatened by climate change.

Setting new priorities for capital allocation is one place to start. The process of reducing dependence on carbon may likely require funnelling investment capital into activities like carbon capture, utilization and storage, renewable power, and low-carbon fuels over oil and gas exploration and development — even when long-term value multiples are uncertain. That new focus is already playing out, as several oil companies have decided to shield their low-carbon investments from capital cuts affecting almost every other part of their business.

As world economies gradually shift away from dependence on fossil fuels, oil and gas holdings risk the fate of coal assets

The value of oil and gas assets is also likely to head downhill. How fast is unclear, but the risk exists and grows with each passing year. As world economies gradually shift away from dependence on fossil fuels, oil and gas holdings risk the fate of coal assets, which lost more than half their value in less than a decade.

Without divesting some combustible hydrocarbons, real decarbonization for the biggest integrated oil and gas companies would necessitate an almost impossible-to-achieve level of investment in low-carbon power and fuels. Besides reducing risk, near-term divestiture of some assets is a way to capture value and provide cash for reinvestment.

New investment prospects in low-carbon products and technologies are how oil majors can translate decarbonization into an opportunity to make money rather than just to mitigate risk. Because of policy incentives and a willingness to pay more for clean-energy products among better-off consumers in wealthier nations, some low-carbon products, such as renewable diesel and offshore wind power generation, often realize higher margins. Besides consumer support, companies that move early to develop these new lines of business often enjoy a vibrant talent pool filled with young professionals looking for employers with strong environmental agendas.

Investors have begun to reward low-carbon companies with higher share prices and access to new sources of capital. Take the examples of German electric utility RWE and Danish energy company Ørsted, which both substantially outperformed their markets after moving towards becoming renewable energy companies. Between 2018 and this year, RWE's shares rose by a third with the acquisition of renewable energy assets from German utility E.ON, and Ørsted’s market capitalization rose by nearly 70% after becoming a renewables-only company in late 2017. Companies entering the low-carbon market also have available a new source of capital from the expanding green bond market, which reached $255 billion in 2019.

Given the current low oil prices, we would argue that now is an opportune time for oil majors to accelerate their decarbonization plans. While investors have often tolerated higher risks in fossil hydrocarbons because of higher returns, they are less likely to accept that exposure when returns on oil and gas are almost on a par with low-carbon energies as they are now.

The industry is in the spotlight because of CO2 emissions — not just its own, but also those generated by oil and gas in the production of energy. In 2018, that amounted to 55% of the world’s total energy-related emissions, according to the International Energy Agency. In a situation like that, you don’t want your oil company to be among the last to effectively address the issue.

The Big FT Debate: Is there a role for gas in a net-zero economy?

This panel took place at the FT Energy Transition Strategies Summit on December 2, 2020. 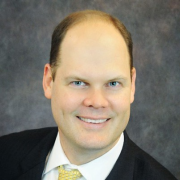 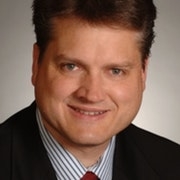