By Francois Austin and James Davis
This article was originally published by Financial News on September 2, 2020.

The energy-market collapse this spring offered a glimpse into the massive risks sitting inside bank loan portfolios. Around the world, bankers watched in shock as oil prices went negative for the first time in history and once-thriving companies suddenly teetered on the brink.

Fortunately for banks and their shareholders, prices soon staged a partial recovery, staving off a wave of defaults for now.

But the episode serves as a wakeup call for another threat that looms on the horizon for the energy sector and, in turn, for banks and investors: climate risk.

The dynamics are similar. Just as an oil-demand shock buffeted the energy sector this spring, any number of changes in public attitudes, technologies or government policies toward climate change could slam energy assets — and thus bank lending portfolios.

Central banks are increasingly asking banks to understand these risks. The Bank of England, for example, has asked UK banks to include a range of climate shocks in its stress testing exercise for 2021. The potential impact is significant; an Oliver Wyman analysis of the effect of a carbon tax alone estimated that expected losses would be $50 to $300bn across the power and energy sectors.

Many banks have tried to get out in front of the climate issue to signal to investors and other stakeholders that they are managing the risk, and to establish reputations for being on the right side of climate issues.

Some have promised to reduce lending to the highest-carbon and most controversial sectors, such as coal, tar sands and arctic drilling. Many have pledged to boost financing in green sectors and put in place new banking and advisory teams focused on green and wider ESG issues. Most significantly, a growing number of banks have pledged to reduce the overall carbon footprint of all of the companies they are financing — that vast bulk of their portfolios between the wind farms and coal mines. But to meet these major commitments, banks will have to overcome myriad challenges.

Most urgently, the Coronavirus Recession casts the entire exercise in a new light. Bank earnings are under intense pressure as global interest rates hit record lows and loan impairments mount. Management teams will be looking for places to streamline the business to free up capital and trim costs. They may be forgiven for looking to kill two birds with one stone, and focusing on sectors that score highest in terms of climate risk and carbon emissions.

But too blunt an approach would risk throwing out good businesses along with the risky ones. Just as Covid-19 has pushed parts of the retail industry to the brink but allowed retailers with strong online operations to thrive, so too is climate change creating winners and losers within energy. Banks are working to develop a whole new risk methodology that focuses not just on historical financial performance, but also forward-looking estimates of climate risk. These will need to be factored into day-to-day decision making.

A related obstacle for banks will be to sort out the language and terminology they use to describe the “good” and “bad” activities they are steering capital toward and away from to meet their wider climate pledges. The lines could get blurrier, rather than clearer, in the months ahead.

For example, the decision recently taken by a number of European oil and gas companies to cut their long-term planning assumptions on oil prices from $75 a barrel to $55 a barrel means that many high-risk and controversial exploration programmes (such as artic drilling) no longer make economic sense, while many low-risk exploration programmes now generate similar returns to renewable programmes.

Without clear rules, banks face the risk of being victims of “greenwashing”, in which companies announce measures to address small portions of their climate hygiene but don’t tackle the heart of the problem. An oil producer, for example, that invests in hydrogen technology shouldn’t automatically score points without an analysis of the magnitude of the commitment, the time frame and so on.

One big help will be the European Union’s new green taxonomy, which will create the world’s first “green list” of sustainable economic activities. But it’s only a first step, and it is a massive undertaking in itself.

In the end, the banking sector will need to work together with the energy sector to create the frameworks and disclosures that can make energy attractive for investors who want to direct their capital toward the transition to a new energy future.

But without a blueprint in place, banks will be navigating an unfamiliar and treacherous obstacle course. And the coronavirus crisis only underscores the urgency of the challenge, as well as the risks of inaction. 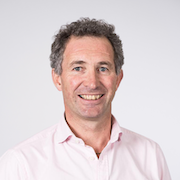 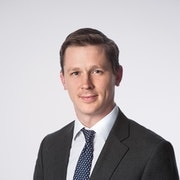