Oil Prices Could Remain Depressed For At Least A Year

On the one hand, there is way too much supply; on the other, there is far too little demand. The coronavirus pandemic has helped create a perfect storm of negatives that could depress oil prices for at least the next year — and maybe longer — and threatens the survival of certain oil producers.

The first elements of this storm began on 11 January - the day when China announced the first death from the new disease known as COVID-19. For the next two months, as the coronavirus spread from one country to the next, crude prices gradually trended downward by 30% as demand fell thanks to the decline in air travel and commerce.

Crude prices plummeted 33 percent on March 9, representing the single biggest one-day drop since the launch of Operation Desert Storm in 1991.

Then, on 9 March, the world momentarily turned away from the coronavirus crisis to face another troubling shock to the global economy. Oil prices collapsed after Saudi Arabia jacked up oil production in response to Russian refusals to stick to quotas. On that day, crude prices plummeted 33%, the single biggest one-day drop since the launch of Operation Desert Storm in 1991.

Overnight, oil’s supply-and-demand fundamentals became as bad as in the days following the collapse of Lehman Brothers in 2008 and after the 9/11 terrorist attacks in 2001. Our scenario modelling shows that this overhang will depress prices, as the double-shock to oil supply and demand threatens both the global economy and the viability of the most heavily leveraged shale oil producers in the US, as nearly half of that production is unhedged.

Today, the billion-dollar questions revolve around when and how the coronavirus crisis will end and what path oil prices will follow in the coming months. The pandemic will almost certainly be contained before oil prices see any substantial upward movement — even if the Saudis and Russians pull back on production. There’s simply too much oil in the market already, with many traders opting to store crude now for when prices move up again. There are already 300 million more barrels in storage than normal, additional inventory that could delay an oil price rise by anywhere from four to six months once the economy picks up steam.

The lag effect on oil prices could prove a positive for world economies, helping to fuel a faster rebound after the virus subsides. First, it would help the aviation industry, which has been among the hardest hit. Other businesses would also see lower operating and shipping costs. Consumers are already getting relief at the gasoline pumps, although most aren’t commuting or travelling enough yet to really benefit.

One indication that commerce and industrial activity are beginning to pick up is a recent uptick in refinery utilization in China. This followed two months of drastic cuts during that nation’s COVID-19 containment efforts. In addition, there are reports out of China that copper and steel inventories are beginning to fall as downstream manufacturers bring back production. Intra-China air travel has also started to return.

Still, other major economies in Europe and the US have not contained the virus yet, and the possibility of a global recession is becoming more of a probability because of the continuing rapid spread. China, however, stands as an example of how strict lockdowns can contain the virus.

A best-case outcome would include an immediate increase in testing in places like the US, as well as the deployment of aggressive quarantine restrictions and ring-fencing measures to contain localized outbreaks. By the end of the second quarter or the beginning of the third, there would be a levelling off of new cases and deaths. If this were to happen, the current low oil prices could boost third-quarter corporate results. But a real global recovery should not be expected before the fourth quarter this year or early in 2021. This is assuming no second wave of coronavirus hits us as the weather gets colder again.

If it takes six months or more to contain COVID-19, meaning into and even through the third quarter, and oil production remains high, recession would become almost unavoidable. Heavily leveraged US shale producers would go bankrupt — probably one of the original goals behind Russia’s refusal to adhere to production quotas. While low prices don’t help the fragile Russian economy, Russia is betting it can hold out longer than many independent shale producers.

Integrated producers are apt to suffer less, but higher production costs in North America and the importance of the energy industry to the economies of the US, Mexico and Canada increase the chances of a downturn. Utilities and petrochemical producers will be less affected by the oil market turmoil than oil producers and may even benefit slightly from depressed prices. It’s possible that the disruption will lead to some consolidation as producers seek to increase their downstream revenue.

In a six-month scenario, the hit to corporate top and bottom lines from COVID-19 would linger through the third quarter. It is likely that both the US and Europe would see significant layoffs. There would also be substantial disruption of global supply chains, further hampering the ability of companies to respond.

While the impact will vary for different segments of the industry, there’s no doubt it’s time for energy companies to revisit business resilience plans and use the disruption to figure out ways to eliminate costs permanently. Companies with healthy balance sheets may use the low valuations in the industry to pursue acquisition opportunities.

For many, the decline in prices could become an excuse to delay further moves toward a low-carbon future, but that would be short sighted. One positive from a climate perspective: Thanks to the double-shock, coal has become the most expensive form of primary energy and may finally be phased out entirely.

Now is the time to move companies away from total dependence on fossil fuels, either through outright acquisitions or partnerships and joint ventures. Those that resist may find themselves not only losing money now, but could continue to do so on the other side of this crisis as well. 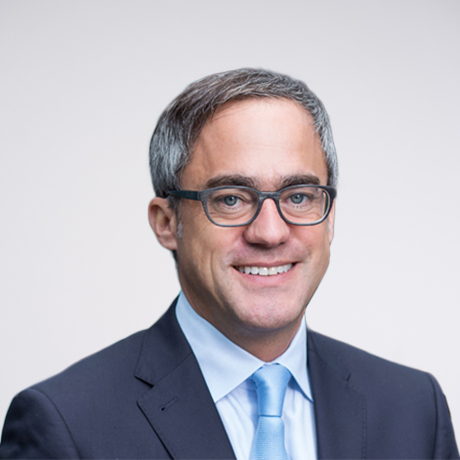