Is The Energy Industry Meeting Its Sustainability Goals?

The energy industry was vastly different 20 years ago, when two colleagues and I founded a consultancy, advising global oil and gas companies. Our work was primarily focused on reducing operational risks and addressing operational cost challenges. Since that time, concerns have evolved.

Back then, climate change and the push for renewables were considered to be inconsequential. They weren’t the concern of oil and gas companies the way they are today. Now, however, acting fast is imperative, as the recent report by the UN Intergovernmental Panel on Climate Change (IPCC) shows. We have 12 years to keep global warming to a maximum of 1.5°C, beyond which even half a degree will significantly increase the risk of natural disasters.

Today, there’s a heightened awareness among oil and gas companies of where they sit in society. They’re trying to address issues around climate change through the transition to renewables and by reducing carbon emissions. They’re not only concerned with what’s happening inside their operations, but also the path to renewables via gas. The realization that we are in an interconnected and global matrix of energy production and consumption is necessary, albeit complicated. In an exclusively fossil-fueled world, security was ensured by the reliability of energy supply. Today’s energy security is implied in the flexibility of a diversified grid, something which is hard to measure and even harder to ensure. Everything must change - energy infrastructure, sourcing, and distribution.

The annual Energy Trilemma Index measures 125 economies on their ability to balance energy priorities according to security, equity, and sustainability. It reveals how economies are progressing and gives policymakers and  industry leaders the tools and information to collaborate and effect change. It enables policymakers to manage the energy transition and companies to increase their competitive advantage.

There are three principal topics that should be considered to ensure economies and societies harness new technology and opportunities, while keeping the Energy Trilemma in balance. Large industry players should continue to address the transition from fossil fuels through investment and development in renewables; policymakers need to work with utilities companies to address the infrastructure requirements of diversified sources of energy; and, since technology is driving better performance and reducing the cost of renewables, incumbent companies will have to evolve quickly, whether they’re national utilities companies or global energy providers, to avoid being replaced by new, digitally savvy competitors.

Technology is helping to improve the performance and reduce the cost of renewables. Furthermore, climate change considerations, other environmental issues, and litigatory concerns are increasingly shaping investment fund decisions, with $6 trillion of funds (led by the insurance sector, with $3 trillion) committed to divestment from fossil fuel equity classes. Major energy companies have cited this divestment as a material risk to their business and are doing significant development in renewables. Meanwhile, investment in clean energy has grown at a 14 percent compounded annual growth rate over the past 10 years.

Coal-fired generation in OECD countries is in terminal decline. At the current rate, by 2050 up to 90 percent of OECD energy generation will be from renewables. And as the cost of renewables declines, the economics of new fossil fuel or nuclear investments become unviable, given there’s no fuel cost for renewable generation.

While many developing economies will have to rely on coal in the near term, we can see that in the future this may shift. For example, China’s use of coal has dropped to 56 percent, from 80 percent in 2007. This could be indicative of future trends in other economies still reliant on coal, as they focus on balancing the Energy Trilemma of security, affordability, and sustainability.

Shifts in electricity generation and transport fuels will help meet sustainability goals. The energy transition will change the economics of the oil and gas industry, and potentially those of entire cities and companies. Almost 400 global companies, cities, states, and regions recently set 100 percent renewable energy targets and/or zero emissions targets, including California – the world’s fifth-largest economy – and businesses with collective annual revenues of $2.75 trillion. Energy companies and regulators must adapt their strategies and innovate to respond to these goals.

Sometimes, the energy transition can seem unwieldy. But by measuring energy systems for economies around the world through the Energy Trilemma Index in terms of security, equity, and environmental sustainability, we not only can help grow economies, we can transform societies.

The complex issues facing the globalized energy industry are impossible for countries and companies to tackle in isolation. Navigating the evolving policy and regulatory frameworks across countries and regions, while being innovative in how we generate power, can achieve progress and maintain balance. 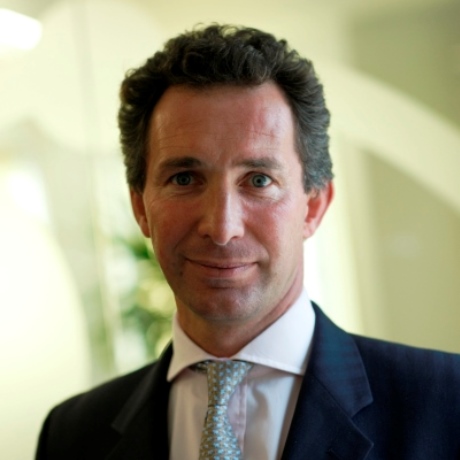 Is The Energy Industry Meeting Its Sustainability Goals?