By  David Stewart
This article first appeared in Forbes on June 28, 2018.

The United Kingdom and European Union are nine months away from the official date – March 29, 2019 – when the UK is expected to leave the economic and political union of 28 European countries. And the aerospace industry, along with every other, is beginning to prepare for what the new world order will mean. One thing’s for sure: There will be new costs to go along with new red tape.

The need for just-in-time inventory could require restructuring and relocation of some parts suppliers.

An Oliver Wyman study calculates that for the UK, these new expenses – based on tariff and non-tariff barriers – may exceed $35 billion across all industries, or 1.5 percent of gross value added (GVA). This assumes a Brexit where the fallback is on World Trade Organization rules. For the 27 remaining nations in the EU, that scenario would cost industries almost $41 billion, or 0.4 percent of GVA. [GVA measures the contribution to an economy of an individual producer, industry, sector or region. In this calculation, it amounts to essentially gross domestic product, plus subsidies and minus taxes.]

A failure to work out new agreements would leave open whether aircraft and parts will need to be certified by both UK and EU regulators.

Based on the size of the reduction in GVA, aerospace is among the top five industries in both the UK and the EU affected by Brexit. We calculate Brexit could cost the combined UK-EU aerospace industry up to $3 billion annually. That breaks down to around a nine percent reduction in the GVA of the UK industry and up to a 3 percent cut for the sector in the EU.

A failure to make progress in working out new trade and regulatory arrangements would leave open such important issues as whether aircraft and parts will need to be certified by both UK and EU regulators. Without new trade agreements on non-tariff barriers like customs, higher operating costs and supply chain disruptions for companies on both side of the English Channel are likely. The need for just-in-time inventory could require restructuring and relocation of airline and aircraft manufacturer parts supply chain operations. 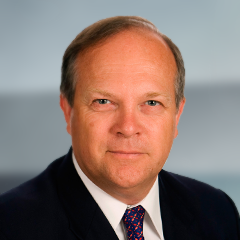