Aviation Fuels, Stage Two Renewable Jet Fuels Are The Next Step In The Industry’s Evolution

Our Expertise Insights MMC Climate Resilience Handbook Aviation Fuels, Stage Two Renewable Jet Fuels Are The Next Step In The Industry’s Evolution
The aviation industry is one of the most advanced in terms of exploring options for reducing greenhouse gas emissions. Aviation contributes only about 2 percent of all human-produced carbon dioxide emissions – but that figure is set to rise, given that demand for air transport is expected to double by 2035.

To date, the industry has focused mainly on reducing overall fuel usage and improving fuel efficiency, such as through new plane technology and operational improvements. But further reducing greenhouse gas emissions – particularly in the face of new regulations set to come online in the next few years – may require the industry to take the next step: embracing renewable jet fuels.

Since 2009, five renewable jet fuels have been approved for use in aircraft. These are known as “drop-in” fuels: Much like the ethanol gasoline mix used by cars, they are blended into conventional fuels for use in today’s aircraft engines. A number of major airlines have tested renewable fuels, but high costs and commercial-scale availability are holding back widespread adoption. It’s something of a chicken-and-egg problem: Biorefineries can’t reduce costs and increase scale without a commitment from the airlines to buy the fuel.

What may finally get renewable jet fuels over the hump is regulation. In October 2016, the 191 member states of the International Civil Aviation Organization (ICAO) agreed to a new global market-based measure to support the twin goals of near-term carbon-neutral growth and long-term reduced carbon emissions. Sixty-six member states (including the US and China), representing nearly 87 percent of international aviation activity, will participate in the pilot phase of the program, beginning in 2021. Without renewable jet fuels, it is unlikely that airlines will be able to reduce emissions sufficiently to meet the requirements of this and other emissions regulation schemes that are set to go into effect.

Renewable jet fuels represent an opportunity for airlines to invest in their future. There are several ways they can get out ahead as regulation kickstarts demand: First, by starting now and gradually expanding renewable fuel commitments with biorefineries, they can rapidly drive improvements in fuel cost and availability. Second, they will need to work with airports and with planemakers to develop efficient fuel delivery mechanisms on the one hand and ensure engine requirements are met on the other. And finally, the industry should participate in and strongly encourage government funding of ongoing fuel research and development, with a focus on scalable lowcost feedstocks and increased refinery efficiency.

Airports also could realize an opportunity through the early adoption of renewable fuels. Developing airport-wide plans for sustainability that include renewable fuel usage would allow an airport to differentiate itself from others as a “sustainable airport” and further local community sustainability goals.

To read the full article, download the PDF below.

This article first appeared in  the Energy Journal and Forbes

Aviation Fuels, Stage Two Renewable Jet Fuels Are The Next Step In The Industry’s Evolution 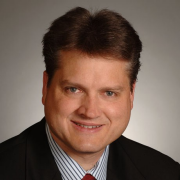 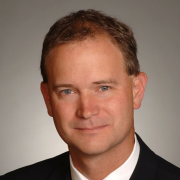 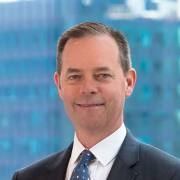