By Tom Stalnaker and Khalid Usman
This article first appeared in CNN Business on November 23.

Leading up to Thanksgiving, airlines in the United States were still somewhat upbeat about the prospects for the holiday travel season. There had been palpable pent-up demand among consumers to visit friends and family, and what better time than around the holidays to do that?

But that outlook has dramatically changed as the seven-day average Covid-19 case count jumped between November 1 and November 15 and health and government officials warned against Thanksgiving travel and gatherings. Daily deaths from Covid-19 have been reaching levels not seen since the spring.

Major US carriers are now seeing rising cancellations and softness in bookings. The demand uptick they were counting on during the holidays is evaporating with the coronavirus surge. In a best-case scenario, any rise in demand won't be nearly as large as had been anticipated only a couple of weeks ago.

Thanksgiving is typically one of the busiest periods of the year for airlines, with a record 31.6 million Americans flying in the days just before and after the holiday in 2019. That amounted to about $8 billion out of $247 billion in total US airline revenue last year.

Based on current recovery trends and recent holiday travel increases, Oliver Wyman now projects a 60% to 65% decline in 2020's Thanksgiving travel period over the same 12 days in 2019. Given the uncertainty over new government restrictions and rising case counts, we also see a potential for even more last-minute cancellations and cuts in capacity by airlines.

In anticipation of a bump in demand over the Thanksgiving holiday period, the airlines had expanded daily domestic schedules by more than 1,300 flights and 150,000 seats. Low-cost carriers have been particularly aggressive chasing holiday travel and have added to their flights and seats even more than the larger network airlines.

It's not as if the optimism was unfounded: Americans really want to travel again. And after eight months of shutdowns, mask wearing and social distancing, pandemic fatigue and a bottled-up desire for normalcy might still push many to visit friends and family around the holiday — despite all the warnings not to. Expectations are for an even greater percentage than usual to opt for the perceived safety of their cars over transportation with strangers.

This shouldn't come as a surprise — even though the seven-day average for new case counts is expected to top 180,000 a day by Thanksgiving, according to projections by the Oliver Wyman Pandemic Navigator. Travel by Americans also jumped over the Labor Day weekend, when medical experts expressed similar concerns about a potential spike in cases as a result of increased mobility and socializing.

Until the recent surge, personal judgment — ahead of government restrictions, guidance from the World Health Organization or Centers for Disease Control and Prevention, or even the advent of a vaccine — had been governing individual decisions on travel. According to Oliver Wyman's October travel survey of 4,600 people in nine countries, the percentage of respondents who thought it was alright to travel was more than four times higher than it was in May, when we conducted our first survey. At that time, new Covid-19 case numbers were much lower than they are now.

Of the Americans surveyed, more than 40% of respondents had already flown or taken a long train trip since March, when the first US emergency declaration was issued. Most of them were confident in the cleanliness and safety of air and rail travel. But as health experts would tell prospective travelers, it isn't necessarily the plane ride they worry about as much as the informal get-togethers that bring people into close proximity indoors, often without masks.

It's hard to assess what the current numbers mean for Christmas week travel. How much worse will the pandemic be by then? At the moment, the outlook is not very bright with our Pandemic Navigator projecting the seven-day average of new cases to top 230,000 a day by December 9 in the United States.

While the virus is unpredictable and demand remains volatile, carrier management and restructuring of operating costs, as well as efforts to shore up cash positions, have provided US airlines more flexibility to deal with surprises.

Despite Thanksgiving's restrained travel numbers, there is no doubt people around the world are getting restless. More than a quarter of our survey respondents said they would travel more after travel restrictions are removed. Economy willing, there will be a surge in travel demand at some point. With luck, that surge will coincide with widespread dissemination of a vaccine.

To read the article on CNN.com, please click here. 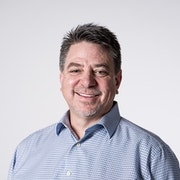 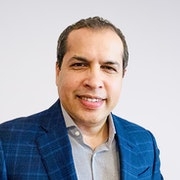