From suppliers to buyers, there are more emission sources to control than just cars

Automakers face a stark reality when it comes to climate change: With road transportation accounting for almost one-fifth of the carbon dioxide (CO2) released into the environment, they have no choice but to play a large part in any effort to reduce global emissions.

But while they have tried to chip away at the total with electric vehicles, hybrids, and better fuel efficiency, auto emissions were still rising through 2019.

When it comes to controlling emissions, the fragmented nature of the automotive industry raises challenges to achieving carbon neutrality that often appear beyond the control of car companies. Like most heavy industries, automakers can attack the problem by increasing the efficiency of their manufacturing processes and ensuring that they use clean sources of energy to power their production from renewables. But most emissions related to their primary product are generated after the automobiles have left their possession or reside in the complex supply chains that provide the components to build automobiles, made up of independent companies around the globe.

France recently said it will support sales of lower-emission autos, like electric vehicles (EVs), using coronavirus corporate bailout money to make them more affordable for consumers. While stay-at-home orders, travel restrictions, and business closures put into effect because of COVID-19 decimated demand, it also dramatically produced double-digit reductions in CO2 emissions. That is a temporary respite, and while economic activity is unlikely to come charging back, emissions will most certainly begin to climb as soon as the virus-related rules relax.

Smart automakers could use this ramp-up period and the COVID-19 financial aid to incorporate technologies and strategies to reduce emissions. First, France is not expected to be the only nation to tie corporate coronavirus bailout money to pledges of reducing emissions and other efforts supporting carbon-neutrality. Second, many strategies adopted to mitigate the impact of COVID-19 can be applied to efforts to combat climate change.

Effective carbon-neutrality strategies must address the entire life cycle of the product. For instance, one primary reason automotive emissions have been on the rise is because more people are buying sport utility vehicles (SUVs). Between 2010 and 2018, SUVs — with lower fuel efficiency than sedans — were the second largest contributor to an increase in greenhouse gas emissions, according to the International Energy Agency, adding more CO2 than heavy industry, trucks, aviation, and shipping. Other internal combustion vehicles like sedans saw a decline over the same period.

That means carbon neutrality may require either discouraging consumers from buying SUVs by producing fewer or making them more expensive or re-engineering SUVs to produce significantly fewer emissions. France’s subsidies for EVs and other low-emission vehicles would support that effort. Designing SUV platforms that are lighter and more aerodynamic would also help. One manufacturer estimates that making a light truck like an SUV produces 0.6 tonnes of CO2, while the SUV itself will release 34.5 tonnes over its lifetime. Given the switch to electric vehicles will probably not happen fast enough to prevent rising temperatures, automakers could focus on producing more hybrid SUVs to reduce lifetime emissions.

One of the easier aspects of going carbon-neutral for industry is controlling their own use of energy in production. Automakers can make sure that energy generated elsewhere comes from a clean source. That means, for example, purchasing wind power and putting pressure on utilities to discontinue use of coal. To support these efforts, automakers can engage certified environmental management systems. Some CO2 emissions are unavoidable, and these can be offset by planting forests or carbon credits. But car companies can be more aggressive by incorporating more energy-efficient technologies at their own plants and even consider producing some of their own energy by installing solar panels as Tesla did in its Reno, Nevada, gigafactory.

It is also a juncture where automakers can use their additional leverage with struggling supply chain providers to get them to cut their emissions output. They can also consolidate suppliers, cherry-picking those with the best records on emissions and most willingness to share data and move toward carbon neutrality.

They also can select more domestic or nearby suppliers to reduce emissions from transporting parts. Addressing the supply issue is critical: The automaker that produced the 0.6 tonne emissions estimate for producing light vehicles also puts its supply chain emissions release to be 10 times that for each vehicle.

That said, supply chains are complex and often opaque. The lack of knowledge often becomes an excuse for inaction. One approach to working more closely with suppliers is a self-assessment questionnaire for suppliers on the sustainability of their operations. Some automakers are embracing the circular economy by recycling or remanufacturing vehicle parts. This reduces the carbon footprint and saves on the cost of raw materials. To capture as many old parts as possible, they are establishing vehicle-dismantling divisions and other salvage efforts.

The spread of electric vehicles (EVs) makes the circular economy even more important. Battery production can be a major source of emissions, depending on the energy source used. Recycling EV batteries could help reduce the carbon footprint from their manufacture and reduce the amount of raw materials, such as lithium, needed.

Finally, automakers need to have the right governance structure in place to ensure that carbon-reduction initiatives are integrated into all parts of the business. Oversight of climate-related risks and opportunities needs to be made clear and in the hands of the board of directors and senior management. Key performance indicators need to be transparent internally and externally to establish accountability and measure progress, and automakers should disclose how they identify, assess, and manage climate-related risks and how these processes are integrated into their overall risk management.

Going carbon-neutral is a challenging process, and even more so for an industry in the spotlight. Automakers need to remain agile as regulation in the area is in flux and is likely to become more intense as we draw closer to the 12-year deadline the United Nations has suggested for when we reach a point of no return. COVID-19 is the industry’s preoccupation today for obvious reasons, but climate change may end up being our next global crisis and being proactive now is likely to pay off a few years down the road.

This article first appeared in Forbes. 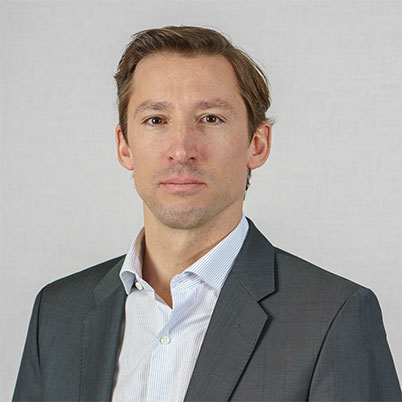