Structural changes in the market are taking its toll

Our Expertise Insights Automotive Industry At The Crossroads Why China's Passenger Car Sales Stalled
Even before the coronavirus shut down countless factories and forced millions to shelter in their homes to avoid infection, consumer demand for new passenger cars in China had been on the wane.

After years of non-stop growth, car sales were down in 2018 — the first dip in the world’s largest market for passenger cars since the 1990s — and then down again in 2019. With the outbreak, 2020 passenger car sales — which were already expected to be sluggish — are likely to end up significantly lower than 2019 sales of 21.4 million because of the near-suspension of commerce in China for most of the first quarter.

But China’s decline in cars sales go much deeper than the coronavirus or even the slowing economy and trade tensions with the United States. China is likely to see below-expectation sales of new passenger vehicles for several more years at least — a consequence of several structural changes in the market. The once-accepted vision for 2025 of hitting 28 million cars sold annually may have to wait until the end of the decade to be realized. New passenger vehicle sales in 2025 could come in as low as 20 million, under our simulation model’s most pessimistic scenario, or as high as 24 million.

The weakness in sales has come as a shock to the global market, which until recently expected to see nothing but rapid growth in China’s car-buying future. Even now, just looking at the numbers, there would seem to be plenty of room to expand passenger car sales long-term: Where 811 out of 1,000 people own cars in the United States, only 192 out of 1,000 own an automobile in China. Many of those living outside the major metropolitan areas do not own one, and the expectation has always been that eventually — as the nation’s standard of living continues to rise — more would buy. But there are elements beyond income at play.

One pivotal element in weaker car sales has been the huge expansion of urban mass transit within China over the past decade. As a result of the hundreds of billions of dollars that the government has poured into public transportation, high-speed rail between metropolitan areas and subway networks within big cities have now become quicker, more efficient ways of moving around. Today, more than 30 cities have subway lines covering 3,000-plus miles. Among the longest and youngest subway lines in the world, Beijing alone has more than 430 miles of subway, and Shanghai has more than 420 miles of track. The Shanghai total does not include the city’s close to 20-mile-long magnetic levitation line, considered among the fastest in the world.

China has the world largest population and still growing. While the total population is believed to reach peak around 2032, potential car buying population (age 18-60) is already in a deceasing trend. In the past 3 years, we see a 0.5 percent decrease of this age group.

Another change in mobility in China has been the explosion of ride-hailing services, which claim more than 330 million users annually. Far more interconnected than most Western offerings, China’s ride-hailing market now is organized around a couple of major shared apps that allow potential riders to choose among various ride-hailing services — not to mention a host of other consumer offerings. While there has been a decline in usage in recent months because of a shortage of drivers, ride-hailing still represents an attractive alternative to owning a car in China — at least in metropolitan areas.

As the automotive market has matured, an expanding used-car trade has emerged — something that only played a minor role until now. Although Chinese consumers still prefer to buy new, low prices, online convenience, and a slowing economy are allowing second-hand vehicle sales to cut into the new car market for the first time. While new cars sales declined, used car sales in 2019 were expected to rise almost six percent, after rising more than 11 percent in 2018.

Finally, especially in the big cities, there are signs that the new-car market may be saturated for the moment with those Chinese able to buy new cars having purchased one in recent years. In smaller cities and in the countryside, there is still a strong demand for cars but often insufficient funds to buy a new vehicle.

Road congestion also makes the prospect of owning a car less attractive. Even with government regulation that limit when drivers can use their cars and complex registration and licensing procedures that make car ownership expensive and difficult, road systems around most Chinese cities suffer frequent traffic jams and gridlock.

Then, the high level of air pollution and emissions discourages car ownership. New vehicle emissions standards — considered among the toughest in the world — began to take effect in mid-2019 in many provinces, further stifling a declining market.

For several years, the Chinese government had offered lucrative subsidies to car buyers who go electric, helping to explain why China has more electric vehicles — well over two million on the road — than any other country. But in June 2019, the government cut subsidies, and sales of new energy vehicles dropped 27 percent between July and October. In 2019 electric vehicle (EV) sales were down four percent to 1.21 million.

China’s government remains a wild card in how fast domestic new-car sales will recover. In 2015, the government made becoming a global automaker a top priority in a pivotal economic development plan named Made in China 2025, and it is unlikely it will abandon that goal. At this juncture, however, the government seems to be choosing expansion of infrastructure — adding, for instance, additional charging stations — rather than subsidization of car buying.

The same Made in China initiative also helped fuel the nation’s innovation in other new mobility technologies, including autonomous vehicles and high-end rail, as well as next-generation information technology, advanced robotics, and artificial intelligence. Many of the biggest Chinese companies have invested heavily in these areas and ride-hailing. While the Chinese government can be expected to step in at some point to prevent too much deterioration in car sales, it is also likely to balance that desire with its commitment to sustainability and the newest mobility technologies.

A version of this article first appeared in Forbes. 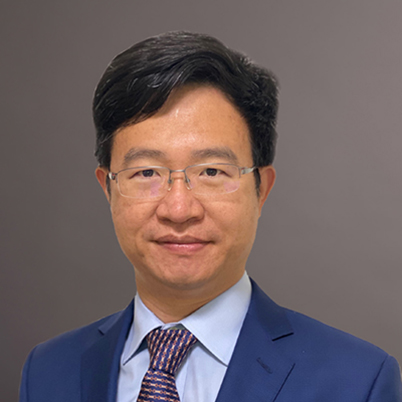