How Car Ownership May Become A Relic

Our Expertise Insights Automotive Industry At The Crossroads How Car Ownership May Become A Relic
For the past 50 years, the symbol of mobility around the world has been the private car. In the United States where the automobile has dominated transportation since the 1950s, there are literally more cars than households — 1.88 per household to be exact.

Yet, in recent years — particularly with younger generations — the focus has been moving away from being a proud owner of a vehicle toward valuing the mobility cars provide. The question people began to ask is whether that mobility required ownership. The answer for an increasing number of consumers is “no”’.

Mobility as a Service (MaaS), as this shift is called, takes many forms. In most large cities around the world, people can access a car, bike, or scooter without owning one, simply with the purchase of a subscription or download of an app.

As the coronavirus has for most businesses that involve moving people from one place to another, COVID-19 has slowed growth for many MaaS models, including car subscription, a kind of Netflix for automobiles that provides the user a wide variety of models to choose from. That is not true for MaaS when it applies to moving goods from one place to another. If anything, COVID-19 has made on-demand delivery for essentials far more important and expanded the need for the kind of seamless, digital platforms and networks that MaaS technologies are based on.

The on-demand aspect of MaaS makes it increasingly popular as urbanization makes owning a vehicle less convenient than it once was. Where there were only 10 megacities in 1990 — those metropolises with 10 million people or more — there will be 43 by 2030. Today, a little more than half of the world’s population live in cities; by 2050 seven out of 10 will. While many MaaS advocates contend that its offerings will ultimately reduce congestion and pollution, studies of their initial impact indicate they have only added to traffic.

MaaS is behind many new services available in cities today. There is ride-hailing, with Lyft, Uber, Didi, and Grab among the best-known examples: These allow people to secure a ride through a smartphone and an app. Tell the app where you are and where you want to go, and a car and driver show up to take you there.

There is also car, bike, and scooter-sharing, offered by the likes of Zipcar, Citibike, Bolt, and Bird, where an app gives you use of cars, scooters, or bikes scattered around a city. You simply pay for the hours of use and usually a membership fee.

Car subscription is another popular MaaS model that provides an alternative to owning or leasing. Most of these programs offer individuals access to a suite of cars, with maintenance, roadside assistance, and insurance included for one all-inclusive price. The main advantage of the subscription model is that it lowers the cost and commitment involved in owning a car. The consumer is no longer tied for years to one car and no longer forced to lay out a large amount of cash or take on substantial debt.

In theory, car subscriptions could operate similarly to gym memberships, that can be put on hold during periods when the subscriber does not need them. Or they could be like signing up for HBO to watch Game of Thrones and then cancelling the service when the series is over. Given the flexibility of the subscription model, experts expect car subscriptions to recover quickly after COVID-19.

Subscription lets people change their cars almost as often as they change their shoes. Some plans allow flipping a car every few days. You could drive a sensible sedan during the week and switch to a sports car or sports utility vehicle for weekend treks. Others limit exchanges to a certain number per month or per year. Some operate like a smartphone contract, letting users upgrade when new models become available. Currently, consumers can pay anywhere from $500 a month and up for subscriptions, based on the residual cost of the vehicle, garage location of the vehicle, additional insurance options, among other factors.

People choose subscription primarily for two reasons — either to expand their choices of cars to drive or to reduce the hassle of ownership of a depreciating asset. Still, in a survey of US and German consumers, Oliver Wyman found the vast majority still not ready to give up ownership — 86 percent in the US and 74 percent in Germany preferred ownership over subscription. Of those who were open to the idea, most in both countries chose the lowest monthly rate rather than one that opened up a selection of premium cars.

While subscription challenges the ownership model, several prominent brands, including Porsche, Volvo, Audi, Mercedes-Benz, Cadillac, and Lexus, have launched their own car subscription programs, which offer an array of choices across a brand’s offering. Manufacturer-backed car subscription fleets are usually brand new and often accompanied by a suite of perks and other concierge services, including more attractive insurance coverages than consumers could get on their own or through car-share programs.

Large dealer networks, trying to tap into this new field, have tended to partner with platform-based technology startups to offer similar programs with expanded choices as far as brand. These platform-based programs act as one-stop shops, matching up customers with car choices and offering insurance packages. This approach benefits both the dealerships and any consumer looking for a hassle-free and paperless subscription service, especially one not tied to a single brand.

A new subscription model that we believe could grow is based on fleets of used vehicles. Their price points and insurance-related costs should prove to be even more attractive for consumers looking to save money. Another potential model could involve next-generation electric vehicles.

Millennials and members of Generation Z — already among the biggest users of MaaS offerings— are showing the most interest in this unconventional approach to automobiles. They like the flexibility and lack of commitment, given that their needs are probably changing regularly as they buy homes, get married, have babies, and change jobs. Car subscription also often fits better into personal budgets for these demographics — which are already familiar and comfortable with the idea of monthly subscription services, given their heavy mobile phone use and adoption of entertainment and gaming services.

Subscription is a disruptive concept for the automotive industry, particularly for dealers who in general have viewed it as a direct threat — and one that is apt to grow over the next decade. The goal of one-stop, seamless MaaS transportation ecosystems could be particularly challenging to legacy brands once autonomous vehicles are widely available, unless of course they dive in with offerings of their own.

Transportation in general is going through a mobility revolution, and car subscription is just another one of the newer options available for the right users.

How Car Ownership May Become A Relic 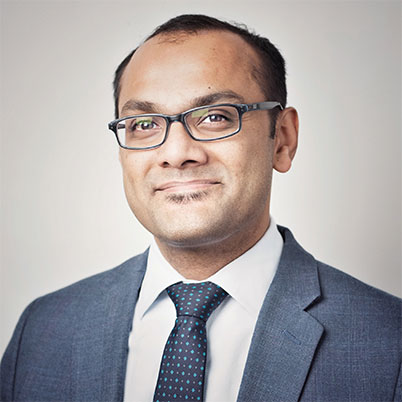