A version of this article was published on the EnergyAsia on July 17, 2020.

For most segments of the oil and gas industry in Asia, the outlook is dismal for the next two years at least. One exception may be fuel retailing where a fractionalized market with large swaths of underdeveloped assets seems headed for consolidation and major upgrades.

Admittedly, in the next decades the market for gasoline in Asia will shrink, thanks to the expected proliferation of electric vehicles, decline in car ownership, and climate-related regulation. And, in the near term, it will be challenged by the coronavirus pandemic and global recession. But retailers still have an opportunity to strengthen the segment’s fundamentals as an anticipated oversupply of gasoline and diesel should push down wholesale prices and improve retail margins in coming months.

While there is a limited time horizon for a return, current rock-bottom valuations make retail assets across Asia targets for smart private equity and big oil and gas players, interested in scooping up substantial shares of business across various nations in the region. Recent small transactions indicate valuations are down more than 20 percent.

This is particularly true in Southeast Asia where the retail sector is made up of unbranded mom-and-pop operations limited in size and scope. This creates an opportunity ripe for consolidation and investment. Chinese companies and Southeast Asian family-owned conglomerates are already starting to recognize the potential in countries like Vietnam and the Philippines. But there are also prospects for international oil companies and even large regional corporates that may want exposure to a market that will drive global oil and gas demand for the foreseeable future.

The impact of COVID-19

Since 2011, Asia has accounted for nearly 70 percent of global growth in demand for oil and oil products. But the coronavirus pandemic and the regionwide lockdown of economic activity put the brakes on that growth. In 2020, we expect Asian demand for oil and gas to fall 15 percent at least and possibly as much as 17 percent from 2019 levels. That translates into a demand drop of five million barrels a day. The region’s gasoline demand is expected to decrease 21 percent, while diesel will be down 15 percent.

Even in 2021, oil demand will still be three percent below the 2019 peak, but up from the depressed levels of 2020. Asia will not top its peak again until 2022, when we’re projecting a one percent expansion. In a worst-case scenario, which would involve repeated lockdowns because of multiple waves of COVID-19 infection, demand could be down as much as 12 percent in 2021 versus 2019 and 10 percent in 2022.

Even before COVID-19, refining capacity was already forecast to outstrip demand growth and push down prices and margins. While new capacity scheduled to come online this year has been delayed, it will probably enter the market in 2021, extending the oversupply and the pressure on prices. On the horizon for Asian refining: rationalization and the potential retrofitting of some capacity for petrochemical production.

Out of the ash, a new model

The carnage in upstream oil and gas activities may be good news for retail operations, where there is opportunity to create a new business model that is based on more digital touchpoints and tech-driven customer interaction. With the consolidation of properties, Asia is likely to see increased investment in digitization and modernization of retail service stations.

While innovation is already rampant in markets like South Korea, Japan, and Singapore, gasoline stations in the rest of Asia don’t offer many products or services beyond fuel. Here, investment could change the business model, adding convenience stores and fast food, as well as the use of applications for not only finding gas stations but also for ordering, pre-paying, and paying. This touchless payment trend has been given a boost by the coronavirus as customers want to social distance and avoid touching objects and surfaces that might carry germs.

Worldwide we already see similar efforts to revolutionize the gas station. Besides digitalization, this is likely going to involve an expansion of what’s being sold, from offering many different types of fuel to becoming a mall for the kind of staples people need but no longer want to go into a store to retrieve.

It may even include creation of retail specialization, such as a concept store for motorcycles and scooters only. That makes sense in a place like Asia, where over 50 million new motorcycles are sold every year.

This potential for disruption is very likely to attract some technology players, anxious to digitize and automate the entire process by developing unique solutions unlikely to come out of typical oil and gas players. While Asia already has a few apps for gas station locations and payment, we expect that to become the experiential norm for service stations in the not-too-distant future.

As demand recovers, the competition between rivals will become more intense and customer loyalty and end-user relationships will become more important than ever before. While people’s interaction with oil companies is going to change, visiting petrol stations will still be an anchor to the overall customer journey for the foreseeable future. Those who own that leg are likely to own demand — at least for the next five to 10 years. 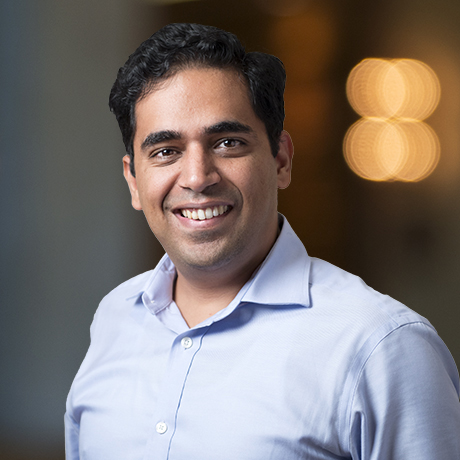