Our Expertise Insights Boardroom Volume 4 Embracing The Information Age
The year is 2028, and Helen Martinez doesn’t shop the way her parents did. Like them, she buys almost all her food and household items from The Fictional Food Store – but unlike them, she no longer needs to go to a store. Instead, she signs up for regular deliveries with the supermarket’s Food Butler app.

This offers shoppers maximum control with minimum hassle. Parameters include the degrees to which a food basket is healthy, adventurous, or inexpensive. Ms. Martinez has indicated that her family consists of two adults and two children – one of whom is allergic to gluten. Food Butler then auto-populates her shopping lists, plans her family meals, and figures out the lowest-cost delivery options. “I don’t have to think about menus and meals,” she says “Fictional Foods sends them to me.”

Fictional Food’s attraction to shoppers like Ms. Martinez explains why it has become a grocery success story. The company has just grabbed a 20 percent share of the US and European grocery markets, cementing its position as one of the five big grocers outside China. But two decades ago, digital technology and the rise of online shopping threatened to put traditional supermarkets like Fictional Foods out of business.

What made the difference? Unlike other traditional grocers, Fictional Foods embraced a new information era for groceries as it witnessed the rise of Amazon in the sector. It focused on technologies that would help it to pull ahead of old rivals. It also made the most of its customer relationships, enabling it to compete with digital natives even when nearly half of food is delivered to people’s homes. Some sign up for regular deliveries, taking advantage of discounts available for a subscription service. Others outsource the complexity of planning, as Ms. Martinez does, by setting parameters. “On the surface, Fictional Foods is a grocery business,” said Dave Shultz, global head of retail at Corporate Bank. “But look under the hood, and you see that it is actually an information business.”

In 2018, Fictional Foods was a traditional store-based grocer under attack with operations in Germany, the Netherlands, and parts of the US. One threat came from discount supermarkets. But the greater menace was online food shopping, which prompted forecasts of the slow death of supermarkets and their replacement by the giants of e-commerce. Amazon had become serious about food with its purchase of Whole Foods Market, and soon after it became – after Apple – the world’s second trillion-dollar company in terms of market value.

That year, Jason McDonnell took over as Fictional Foods CEO and started a revolution. On Monday, October 8, staff arrived at the company’s head office and found threequarters of their desks had been removed – to illustrate how much less central support digital retailers were operating with. Hundreds of products were dotted around the office with 30 percent price reduction stickers – to indicate the kind of prices Fictional Foods needed to offer. And each manager was given an iPad with a mockup of the first version of the Food Butler app – to indicate where the future lay.

To cut costs in stores, Fictional Foods first reduced staff numbers at checkout, by allowing customers to scan items, either at the exit or while shopping. Ordering and warehouse operations were automated. And the center of each store, which traditionally consisted of stacks of packaged food and household products, was converted into an array of icons and barcodes, so that shoppers could simply click for home delivery or to have their purchases waiting at the exit. Fictional Foods also consolidated its suppliers to a handful with which it had deep relationships. This enabled it both to reduce costs through long-term contracts and to develop new products jointly. Within a few years, Fictional Foods had cut its retail prices by an average of about 10 percent.

The company quickly grasped why online grocery shopping would not be an automatic success and why it would be challenging to square with traditional supermarkets. Many food products need to be kept at specific temperatures and delivered fast, but home delivery can be prohibitively expensive outside densely populated cities. Fictional Foods developed a system to cater efficiently to customers with different profiles in different locations – as well as for the same customers at different times when they have different needs.

Regional fulfilment centers serviced larger home-delivery orders and those containing specialty items unavailable in most physical stores. Smaller baskets and click-and-collect orders were serviced by stores. Options included: delivery within an hour by motorbike; lockers and collection points; and mobile vans touring neighborhoods that customers can locate on Food Butler and place an order with. Fictional Foods also started to use third parties, from taxis to customers picking up an order for a neighbor. “When online grocery shopping first went mainstream, it wasn’t that convenient,” says Caroline Smith, grocery expert at the consumer organization, Consumer Watchers. “Fictional Foods has managed to set up a system that can serve regular planned deliveries but also short-term unplanned needs. This was a major unlock.”

FOOD AS AN INFORMATION BUSINESS

In 2025, Fictional Foods accelerated the use of information in its operations in order to understand its customers’ behavior better: where they will be when, and what they are likely to want to buy. Predicting these factors helps satisfy customers more efficiently and offer products and services at lower prices. Fictional Foods even let customers vote through Food Butler for less-common products to be added to their local outlet. Fictional Foods began to use big data analytics to predict the characteristics of new products that consumers would purchase if they existed.

The model depended on the ability to leverage vast quantities of customer data – which in turn depended on the availability of such data. In 2021, Fictional Foods started to buy up other retailers, including one grocer dominant in most European countries and in most regions of the US. Often it acquired the number two player in a market: Battered by e-commerce competition, these were cheap in the early 2020s. Fictional Foods then introduced its products, digital operating practices, and low prices. Most importantly, it integrated the acquired businesses into its system of stores and fulfilment centers, which was set up for each region based on customer characteristics, population density, and competitor profiles. In many cases, these also-rans turned into regional market leaders. “Fictional Foods worked out that their huge amounts of customer data were one of the few advantages they had over us in the late teens and early twenties,” said one retired Amazon executive. “We were watching and trying to keep up.”

The company’s “Innovation Leader” service offers suppliers insights into global consumer purchasing habits, enabling these suppliers to optimize their product offerings for different countries and consumer segments. In return, Fictional Foods gets better terms from the big brands, as well as innovative new products and promotions to pass on to consumers. In Germany, Fictional Foods is testing a service that lets customers commission products over long periods, to enable manufacturers and farmers to plan further ahead. One project is the world’s largest organic chicken farm, underwritten by three-year customer subscriptions. “We find that empowering customers can unlock great new ways to do things,” said Ms. Huygens.

In the industry, Fictional Foods has become known for the flow of information and suggestions between customers, suppliers, and fulfillment services. A customer chooses a health rating on Food Butler so that it can recommend appropriate food, while also taking into account the customer’s recent orders and ratings of previous meals. Suggestions and discount offers are relayed via Food Butler so that customers will go to the branch where the product range best matches their preferences.

When a delivery comes to a neighborhood, customers there are invited to make an order and offered a discount. Large subscriptionbased orders earn significant price cuts when they are coordinated with neighbors’ orders. Some customers scan products at home as they use them: Fictional Foods then calculates when they might be ready to replenish their fridge and suggests a delivery for a time when the customer is likely to be home. Fictional Foods thus influences customer behavior to achieve a transparent, intelligent supply chain that makes fulfilment more efficient and less costly, and this magic lifts the economics of the whole business. “We have signed up for four new meal suggestions a week, which are deliberately adventurous,” said Jens Stoltz, who lives in Munich with wife Tanja and their two children. “The prompts then provide us with extra surprises.”

Earlier this year, Fictional Foods took its use of IT to a higher level with the launch of its Premonition forecasting system. Traditionally, retailers forecast the demand for products in each store and then place orders with suppliers and send the products to the right stores. Premonition forecasts what an individual customer might want, even if they are not yet aware of it themselves. If a customer is walking down a road near to a mobile delivery unit, Premonition can suggest a recipe kit to buy and take home based on his past choices – even if he had not actually been thinking of what to buy for dinner. “It can even help customers eat better by preemptively suggesting a healthy desert when it knows a customer is at risk of ordering a quart of ice cream,” says Kimberly Robinson, the mathematician behind the system. “Premonition probably knows more about customers than they do themselves.”

On her Food Butler, Ms. Martinez has set her cost-consciousness level at nine out of 10 and both cooking time and healthiness at six, while she chooses a seven for how experimental she wants her meals. She gets discounts on regular subscription items and also from coordinating delivery slots with her neighbors. “All this saving means I can let Food Butler book me and my husband a dinner every per month at a local restaurant,” she said. “It surprises me with a different selection each time.”

But the biggest surprise of all has been the fact that Fictional Foods, once a hidebound traditional supermarket, is at the head of the pack in redefining groceries. That’s because McDonnell was one of the few CEOs who recognized that the innovations implemented by Amazon after its purchase of Whole Foods in 2017 just scratched the surface of digital grocery shopping.

Ten years ago, that was not an obvious direction for the industry. Concerns over privacy and misuse of data were generating a public backlash against the gathering of individuals’ data by big corporations. This led to pressure for privacy regulations that might have derailed parts of Fictional Foods’s current business model.

But McDonnell saw that many aspects of IT – such as supplier management and warehouse and store operations – would still be applicable whatever the public thought of using their data. And in the end, the public was convinced that safeguards on data use would prevent meaningful compromise of their privacy. Most people saw the benefits of letting a grocer get to know them through data. 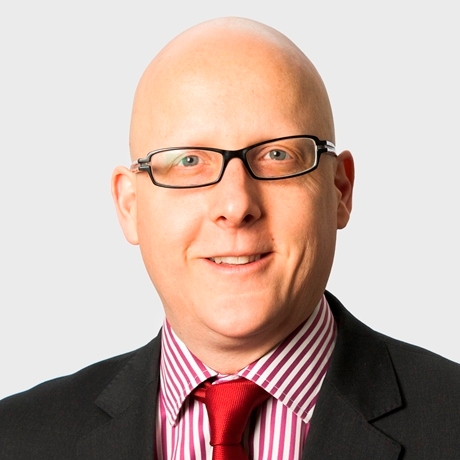