Climate Change: It's Business That Needs To Act

Our Expertise Insights Climate Change: It's Business That Needs To Act

This article is the first in a series from Oliver Wyman experts following Marsh & McLennan's Better By Design virtual event, which brought together thought leaders to articulate a vision for what is possible and design a path forward for industry and society in a post-COVID world.

The COVID-19 pandemic has changed the way we think about major problems. It has raised awareness that disasters causing mass death and destruction are not the realm of phantasy; that they tend to hurt the most vulnerable people; and that they know no borders. The response has largely been international and collective, with efforts that combine the work of scientists, policymakers, health professionals, and the private sector.

This kind of approach is also needed to tackle climate change, and it might not be a coincidence that three of the world’s largest economies recently raised their ambitions. China said in September that it would become carbon neutral by 2060. In October, Japan announced it would aim for neutrality by 2050, a target the European Union had already announced. The EU upped its shorter term ambitions on September 15, saying it would reduce carbon dioxide emissions by 55 percent by 2030.

But governments cannot achieve these goals alone. They can regulate and introduce carbon taxes, but they do not have the large, patient pools of capital needed to fund green investment. Consumers, for their part, make the ultimate choices that affect carbon emissions — but they do so from services and products that companies provide. So business has a major role to play. It needs to make a stronger commitment to the principle that it has a broader purpose than generating value for shareholders. This value will come — but only after we fulfill our responsibility to promote the wellbeing of other stakeholders: our citizens, our communities, and our planet.

The COVID crisis may facilitate climate action, partly because of the similarity of the approaches needed, but also because the pandemic-induced economic slowdown will likely cause global emissions to fall by 8 percent in 2020 — about the rate needed to meet the EU’s 2030 target. While this year’s decline is being caused by events that no one wants to see repeated, some new practices — greener transport options and working from home, for example — could evolve into lasting low-carbon habits. Further reductions can be driven by renewable energy, which is already growing and could get a boost from investment in a post-COVID world of low interest rates.

We see significant growth opportunities for companies in developing and applying new technologies to mitigate climate risk. But what, specifically, should they do?

First, business leaders have a responsibility to engage with their community and to work towards solutions that benefit society and the environment. If — and only if — they do this, shareholder value will follow too. Top of the list for leaders is to set a vision and establish a clear commitment grounded in a set of values they can uphold. This should be translated into objective goals that can be measured through transparent reporting systems and enable the allocators of capital to make the right decisions.

Industrial operations need to be efficient, and we cannot build redundant systems. One example is closed-loop manufacturing that reduces waste and the consumption of energy and water. This will cut costs as well as contributing to the community and society at large. Energy should come from renewable technologies. These are already working, and their deployment can be accelerated in an era when investors are looking for longterm returns.

Some large retailers recently said they would reach carbon neutrality ahead even of the most-ambitious national targets. Measures will include using renewables to power all stores, warehouses, and delivery vehicles. Financial institutions, too, have begun to move, with at least one major bank declaring that the emissions of clients and projects it finances will be net-zero by 2050.

Sustainability and business are not different; they are inextricably linked.

Public money will have to be used judiciously — aimed at producing the best outcome for the maximum number of people — and industry can provide government with crucial insights from science, data, and analytics. As with COVID, the impacts of climate change will be disparate, and we need to understand them before we can take mitigating action. For instance, land-based sensors and low-orbit satellites can generate geospatial information that help to understand the real impact of climate on communities. Energy is another area where business will have to help the public sector. Liquid hydrogen, for example, is seen as a promising, zero-emissions fuel to power container ships, but much of the infrastructure will need to be built on land — in ports that are run or closely supervised by governments.

It would be easy for us to wait for policymakers to pass legislation to promote action and changes in behavior. But I don’t think we should view the government as something separate. In a sense, we are the government, and it is our responsibility to promote the wellbeing of our citizens, of our communities. We need to act collectively, and we
need to act urgently: There’s debate over whether this year’s likely fall in emissions is a sign of the high potential for reduction — or whether we should be shocked at how little emissions declined in spite of an economic crash.

Climate Change: It's Business That Needs To Act 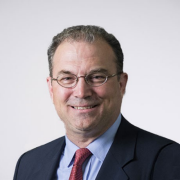