GAC Motor In Detroit: A Sign Of The Next New Auto Empire

Our Expertise Insights GAC Motor In Detroit: A Sign Of The Next New Auto Empire

At this year's Detroit auto show, GAC Motor, a division of China's Guangzhou Automobile Group, announced it would enter the U.S. market in 2019 with several car models.

The years of Chinese startups unveiling concept cars that never make it out of their domestic market are coming to an end. The GAC announcement looks to be just the beginning of a wave of industrial goods coming out of China in the near future.

Thanks to an aggressive economic development campaign known as Made in China 2025, China aims to go global in a host of manufacturing marketplaces, including aerospace, robotics, rail equipment, biopharma, power generation and, of course, cars — electric and internal combustion. These are industries that were once considered too technologically sophisticated for the low-cost mass production for which China became known over the past two decades.

That's where the Made in China initiative came into play. Launched in 2015, it has been dedicated to helping China take on top-tier manufacturers in the U.S., Europe and Japan by tapping cheap capital, searching out mergers and acquisitions, and attracting foreign investment.

It's unlikely to happen with conventional cars, but there is a strong chance with electric vehicles. China already leads globally in battery-electric vehicles, although they are primarily sold in China where consumers have more than 75 EV models to choose from.

What does this mean for Western automakers? While American companies have been investing in the development of hybrids and EVs for years, they still lag European rivals. While regulation on gas mileage may ease in the U.S., in Europe and China gasoline- and diesel-powered vehicles may be outlawed in two to three decades. Where will that leave manufacturers without attractive, affordable and well-produced electric alternatives?

What does this mean for Western automakers? While regulation on gas mileage may ease in the U.S., in Europe and China gasoline- and diesel-powered vehicles may be outlawed in two to three decades. Where will that leave manufacturers without attractive, affordable and well-produced electric alternatives?

When China brings electric cars to the U.S., it will be reminiscent of Japan's efforts to break into the U.S. auto market with fuel-efficient compact cars in the 1960s and 1970s. The initial reaction of the Big Three was to assume Americans would never buy them because they liked big cars. But gasoline got more expensive, and suddenly there was the threat of a relatively new Organization of Petroleum Exporting Countries (OPEC). Detroit kept making big cars with low gas mileage, and inevitably the U.S. auto industry took a hit.

Today, U.S. automakers are better prepared. They have a deeper awareness when it comes to China and EVs through their joint ventures with some of the largest Chinese car manufacturers.

Still, China wants to be a major global player in automotive, so why not push the advantage they have in EVs? When GAC announced its intention to sell in the U.S., it also unveiled an ambitious Enverge all-electric concept car.

At CES in Las Vegas last month, a 2-year-old Chinese startup — with executives lured from Tesla, BMW and Google, among others — wowed often skeptical tech reviewers with the Byton, a slick electric car with a 49-inch screen dominating its dashboard.

Future Mobility Corp., the maker of the Byton, says it plans to come to the U.S. and is aiming to ramp up production eventually to 300,000 vehicles.

Disruption appears to be the norm rather than the exception across a wide range of industries these days. Moving cautiously may no longer be an option. 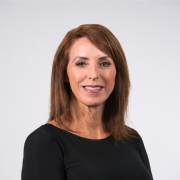