What The Military Can Teach Organizations About Agility

Our Expertise Insights What The Military Can Teach Organizations About Agility

By David Gillespie
This article first appeared in the MIT Sloan Management Review Blog on November 14, 2017.

Organizations across the world are facing a crisis of agility. Confronted with a volatile and highly unpredictable external environment, they are being forced to adapt at a speed for which they simply are not built. The larger and more established the company, the more it seems to struggle to escape organizational gravity.

While companies often look to technology companies for inspiration on how to adjust, large organizations might consider using the U.S. military as an example. Once bastions of command-and-control management style, modern military institutions such as the U.S. Marine Corps are at the forefront of thinking about organizational and leadership agility, mastering how to evolve at “clock speed.”

Overcoming the military’s traditional hierarchical model has been essential in an era of digitally enabled terrorism. Today’s military thinking now emphasizes the kind of innovation necessary to move its leadership efficiently through the four decision cycles of observe, orient, decide, and act in order to respond quickly to sudden external threats.

These same kinds of practices can make a big difference in helping any company respond to threats with greater agility, when applied as part of a wider program of change. Here are three specific practices that organizations should borrow from military leadership:

Practice 1: Leaders should focus on decisions only they can make

“I was most effective when I supervised processes,” wrote retired U.S. Army Gen. Stanley McChrystal in his book Team of Teams: New Rules of Engagement for a Complex World (Portfolio/Penguin, 2015). “Individuals and teams closest to the problem, armed with unprecedented levels of insights from across the network, offer the best ability to decide and act decisively.”

This recommendation might sound obvious, but it makes for a far-reaching and powerful strategy: To be successful, leaders must resist the temptation to dive in to “solve” a problem that should have someone else’s name on it. Leaders should be absolutely clear about what decisions only they can make and push all other decisions as far down the organization as possible.

Managers will be surprised at how few decisions only they can make. Those decisions include choosing their direct team, authorizing spending over a certain limit, and updating the Board or regulators. Most other decisions can be made elsewhere in the organization, and preferably as close as possible to the front line — the customer, in the corporate context.

Most companies, if they were to review their decision-making structure, would find too many situations where committees rather than individuals are tasked with gathering information, weighing options, and making decisions. This is a potential blocker of organizational agility. As a general rule, organizations should reduce decisions by committee and increase decisions by the individuals and teams who are closest to a particular issue.

Highlighting opportunities for a broader constituency of people to be decision-makers reduces reliance on bureaucratic hierarchies that depend solely on the most senior leaders for direction. Over time, people and teams will be empowered to be responsible for decisions within their authority, and will act rather than automatically escalate everything to senior leadership.

The origins of this principle of U.S. military thinking stretch back to the 18th century. In its modern incarnation, “commander’s intent” is a military leader’s clarity of the end goal. It means focusing on the “why” and “what,” while leaving the “how” to those closer to the front line. It means not micromanaging. As U.S. Army Gen. George S. Patton is quoted as saying, “Never tell people how to do things. Tell them what to do, and they will surprise you with their ingenuity.”

In 2012, Gen. Martin Dempsey, then the chairman of the U.S. Joint Chiefs of Staff, published the Mission Command White Paper that instituted the modern-day commander’s intent as a core principle “to empower agile and adaptive leaders.” The goal was to infuse a bias for action, recognizing that only commanders could create the culture required for success. The vision was to develop a leadership doctrine that would be principles-based, rather than rules-based.

The six principles of Mission Command are to provide a clear commander’s intent; build cohesive teams through mutual trust; create shared understanding; exercise disciplined initiative; use mission orders; and accept prudent risk. But it is commander’s intent that is at the heart of this form of leadership, calling for a culture of disciplined initiative and risk-taking.

This idea is a world apart from what exists in many companies. Most frontline employees are instructed to follow “one best way” rules, with organizations checking to ensure that employees have followed rules to the letter.

Examples of successful principles-based leadership are highly agile organizations such as Amazon.com Inc. and Netflix Inc., which are guided by Amazon’s Leadership Principles and Netflix’s Principles of Chaos Engineering, respectively. These organizations work with a speed and an experimental agility that traditional command-and-control organizations can only dream of. It’s one reason why Amazon could deliver something as significant as Amazon Prime in only 111 days.

These companies recognized early in their development that training people to follow prescribed sets of rules can reduce the speed, dexterity, and adaptability of the organization over time. People in rules-based organizations, when faced with unexpected situations, wait for the chain of command to produce an answer. Those in principles-based companies solve problems themselves. When corporate leaders invest the time to articulate the “why” and “what” of target outcomes and convey a big-picture strategy in simple language, people become empowered to take the initiative to innovate.

A directed telescope is a concept that dates back to the 19th century. It means using a small number of trusted officers as the leader’s eyes and ears in the field.

“Environmental dexterity” — meaning being actively receptive and responsive to new and changing external conditions — is critical for leaders of any organization. Keeping in close contact with the outside world from the perspective of employees, customers, suppliers, board members, and other stakeholders, becomes increasingly critical in a world where the pace of change seems to be ever-increasing.

In the corporate world, a directed telescope pipeline of information can come in the form of senior advisors, external coaches, or trusted colleagues at any level from inside the organization — anyone who can provide the manager with greater awareness and environmental insight. With candid feedback on what is happening on the ground, managers can improve their own agility and the agility of their organizations as a whole.

Increasing leadership agility and, in turn, the agility of the wider organization is difficult. It requires changes to ingrained mindsets and behaviors of senior individuals who have been successful in their careers. Managers who recognize the need for organizational change usually fail to see themselves as one of the things that needs changing. They may set the goal of increased agility for the organization, but then neglect to establish a feedback loop for insight into how their own leadership behaviors may be interfering with achieving that goal.

Military leaders would be the first to say that their institutions can represent both the very best and the very worst in terms of agility, and that they don’t necessarily have the full answer to the challenge. They do, however, invest significant resources in discussing the question and experimenting with innovative solutions. Business organizations need to adapt a similarly urgent rethink, in particular on the mindset and behaviors required for sustained organizational agility. 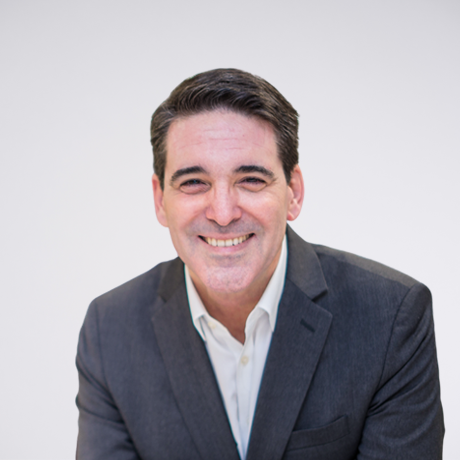