The Agility Imperative: Scaling Beyond the Lab

Our Expertise Insights The Agility Imperative: Scaling Beyond the Lab
Many incumbents have completed agile pilots or projects. But very few have successfully managed to scale agility and transform their organizations. Those that have find productivity gains in time or cost can reach 30 or 40 percent.

The agility journey can take different routes, over a period of two to four years. The two most common pathways are a “chip away” (diverse pilot) approach or a “split and re-integrate” (distinct and insulated) approach—the “enthusiastic experimenter” or “dual-speed” models, respectively (see Figure below).

How would you characterize your position in scaling agility?

The “chip away” approach allows a more methodical build, from a few small pilots to bigger and more widespread pilots, but may stall before scaling. The “split and re-integrate” approach takes strong leadership to create truly distinct operating environments, but presents the challenge of re-integration.

Scaling beyond the lab to an enterprise level requires fundamental change across an organization, rather than within a few protected “reserves.” You have two basic choices: change the organization by breaking silos and changing the workforce; or, build new agile clusters or businesses and then meld them with the existing organization. Either way, you can’t avoid the change-management tax. It’s just part of the cost of doing business in the digital age. 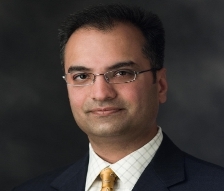