Transforming the operating cost base of retail and consumer goods companies

Editor's note: Oliver Wyman is monitoring the COVID events in real-time and we have compiled resources to help our clients and the industries they serve. Please continue to monitor the Oliver Wyman Coronavirus hub fas well as the Oliver Wyman Retail and Consumer Goods response hub for updates.

The following point-of-view was ready to go to press just as the COVID-19 pandemic began to change our world.

Our original intention with this article was to argue that transforming the cost base of retail and consumer goods companies had become an absolute imperative, that traditional approaches to cost transformation were failing, and that new and bold paradigms were required. COVID-19 has not changed our conclusions, but instead given them yet greater urgency.

We argued for bold ambitions and a massive commitment to execution. The virus has forced just that. COVID-19 has driven companies to take measures that in “normal” times would have been unimaginably drastic. In many cases, boldness born of a lack of good alternatives, and a “we have to do it yesterday” attitude towards execution, has allowed for better business continuity than many or most of us could have hoped. Despite the pain of the recent weeks and months, there is much to be learnt. Companies should build upon this experience in framing their next cost transformation program.

Traditional solutions are proving increasingly ineffective. Many retail and consumer goods companies have flourished in recent decades, helped by underlying structural demand growth, globalization, and industry consolidation. As revenues have grown, unsurprisingly so too have costs. More surprising perhaps is the fact that operating costs (excluding cost of goods sold) as a percentage of sales have increased over the last five years (2014 to 2019), both for retailers and consumer goods companies. Looking at the evolution by company tiers it becomes apparent that some seem to have found a substantially better way to keep their operating costs under control than many others.

Depending on the industry segment, the share of these operating costs can be as high as 50 percent. The evolution of cost as a percentage of revenue over the last five years can explain more than 500 basis points of EBIT decline.

In 2019, Oliver Wyman conducted an extensive international survey of the company leaders in European and North American retail and consumer goods companies who had recently conducted significant cost reduction programs — the results were sobering.

Exhibit: Was the program successful?

Source: Survey among 50 retail and consumer goods company executives in North America and Europe, with past responsiblity for a comprehensive cost reduction program (only completed programs) 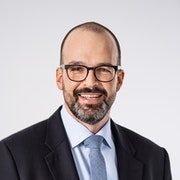 Partner and Head of Retail and Consumer Goods, Europe 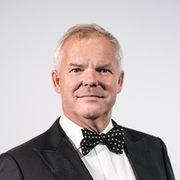