The Age Of Accelerating Strategy Breakthroughs

Our Expertise Insights The Age Of Accelerating Strategy Breakthroughs

By: John Romeo, Hanna Moukanas, and Greg Rung
This article was first published in MIT Sloan Management Review on July 30, 2020.

Several months into a global pandemic, leading organizations are redefining expectations of what is possible. Consider how offices around the world shifted virtually overnight to digitally enabled remote work. Grocery retailers and restaurants rolled out new pickup and delivery services. Hospitals rapidly expanded telehealth options. Automakers, apparel makers, and mobile phone assemblers retooled on the fly and are now rushing out personal protective equipment and ventilators.

All of these scenes offer a glimpse at a new age of acceleration taking shape, in which leading companies are racing ahead to redesign strategies and operations in weeks instead of years. Many of these breakthroughs have been on chief executives’ to-do lists; now, they are being fast-tracked. A defining feature of the much-discussed new normal in business is speed: Decisions are being made at a pace previously thought impossible.

What strategies are the most agile and resilient companies pursuing in their response to the pandemic?

The tremendous public health and economic impact of the coronavirus pandemic has raised the global standard for efficiency and innovation. The world can’t magically go back to the way things were before. The resilient corporations that find success in the future will be those that can continue to turn on a dime as nimbly as they have during the early months of the pandemic.

This shift is spawning a new breed of company — more capable of thriving in uncertainty with a clearer and broader sense of purpose. Corporate superstars will be able to continue to motivate people around a common goal even after the health crisis and through economic hardship. They will recalibrate quickly in response to megatrends, expand beyond traditional business lines through partnerships, and improve their performance along broader environmental, social, and governance metrics.

In recent months, we’ve had discussions with dozens of the world’s top chief executives on how to build a better future. We found that companies showing the most agile and resilient responses to the crisis are pursuing four main strategies.

1. Prioritize people. One of the biggest lessons from the pandemic is that people are the key to rapid innovation and resilience. Many labor forces now work from home — yet they come together as teams across silos and geographies, united by a common purpose. “Solidarity has proven to be more contagious than the virus itself,” one chief executive told us. As a chief operating officer put it, “A gap will widen between those companies able to motivate and mobilize their employees post-COVID, and those who fail miserably at it.”

Top leadership teams communicate openly with empathy, making it clear their people always come first. During the coronavirus crisis, many have demonstrated commitment by avoiding or minimizing layoffs, securing aid for employees in need of help, and accepting executive pay cuts.

Now some leaders are going further and instituting new measures to create cultures capable of retaining and attracting the best people, even after health issues abate and economic issues remain. These include new compensation schemes that reward employees not just for hitting sales targets but also for extra efforts like supporting the company’s culture of resilience, more opportunities for company leaders to hear feedback from employees, wellness programs with mental health counseling, and more flexible work arrangements.

Simultaneously, companies are exploring new ways to tap into employees’ collective intelligence more efficiently. Some executives, for example, plan to spend more time explaining their strategies so that employees will feel empowered to make more, better, and faster decisions, even with incomplete information. For example, employees may switch suppliers or pay a higher price for supplies if they are aware of the company’s goal to secure its value chain. Other executives are expanding training and investing in open-source online portals, data dashboards, and algorithms that make it easier for people to share insights across functions and geographical boundaries to monitor, communicate with, and make prescriptive recommendations to suppliers and customers.

2. Make megatrends matter. Leading companies are also prioritizing the need to identify threats and opportunities created by megatrends that can rapidly reshape businesses. The coronavirus pandemic has shown that negative megatrends like epidemics and climate change can no longer be treated as tail risks so extreme that no preparation would make a difference.

Companies have to build up resilience to safeguard profits by being prepared to play ferocious defense against other negative megatrends gathering momentum, like public debt crises, at one end of the spectrum. At the other, they must aggressively pursue new prospects created by positive megatrends like digitalization and health and wellness.

Macro shifts set off by the pandemic illustrate how quickly megatrends can force companies to reset strategies. Retailers are rerouting investments earmarked for building physical locations into upgrading online commerce features and delivery services. Financial services companies are accelerating many more digital-only offerings, such as contactless payments and risk management products such as health insurance.

Measuring and analyzing the impact of such megatrends can no longer be left to a business unit or risk department. Instead, leadership teams are adopting dashboards that monitor how their company will fare across different scenarios — and asking managers to explain how their strategies take megatrends into account. “The economics of profit are not always compatible with the economics of resilience,” one chief executive said, “but we are discovering that our economics are no longer based on sustainable fundamentals.”

3. Build resilience to accelerated change. Companies must also consider what happens when megatrends combine to trigger exponential change. The pandemic has magnified the links between countries, between the public and private sector, and between companies’ own inner workings and their customers and supply chains.

These often-overlooked interconnections help explain why the new recession is expected to be broader, deeper, and more difficult to turn around than previous downturns. The International Monetary Fund expects the “Great Lockdown” to be the worst recession since the Great Depression of the 1930s. In 2020, global GDP will decline by 2% to 4%, according to the World Bank. More than 40 million people in the United States have lost their jobs since the start of coronavirus-triggered shutdowns in March, reversing more than a decade of job growth.

Deeper ties also explain why many companies accelerating and adapting in the coronavirus-driven economy have focused on forming new alliances. Companies ranging from retailers to manufacturers are racing to replace capital-intensive, integrated, end-to-end businesses with coalitions and partnerships with the goal of protecting their returns on capital and responding more nimbly to sudden spikes and slumps in demand and supply. Automakers are coinvesting in machinery kept in the facilities of suppliers motivated to grow their business along with them. Manufacturers are broadening relationships with suppliers producing key materials like copper at every stage of its life cycle — from mining of the ore to its recycling.

In what increasingly looks like a new phase of being “agile,” companies are doubling down on core capabilities while cutting costs by broadening and deepening partnerships. Just-in-time operations are evolving into “just-in-case” coalitions of suppliers similarly focused on what they do best, whether producing materials and parts or research and development. “We need to free ourselves from activities that others do better than us,” one chief executive said.

This strategy also includes collaborating more with competitors. Over the past decade, companies have shared everything from engine platforms to transportation fleets with rivals. Now, intense pressure to lower prices while raising returns on capital is driving companies to partner on even more and to join forces against bigger challengers.

In every way possible, companies are trying to reduce complexity, instead of making big bets that ultimately may not pay off. For some companies, this means developing new sources of revenue and picking up businesses that complement their core offerings so that they can respond to big swings in consumer attitudes as seamlessly as a hybrid vehicle switches from gas to electricity. For others, it means focusing only on the most promising distribution channels, products, customer segments, and geographies in the future.

Companies are adding new digital capabilities to move quicker, in part by allowing them greater visibility into and control of their operations. The crisis has also sharpened focus on key technology investments in AI, as many organizations are scurrying to shift operations to the cloud and adopt smarter substitution algorithms, robots, and automating systems.

4. Champion multistakeholder capitalism. Leading companies are also now starting to sprint toward becoming more sustainable over the long term. As European governments play a bigger role in deciding how wealth is distributed through financial stimulus packages, many are pushing companies to meet broader environmental, societal, and governance standards, such as carbon neutrality. More investors are beginning to cheer for companies with strong environmental, social, and governance (ESG) practices. During the first four months of this year, ESG funds have attracted more than twice as much money during a market meltdown as they did during the same period of the previous year, in large part because they are delivering better-than-average returns.

In order to maintain momentum, more companies will be under pressure to break from the economic philosophy that has guided most public companies since the 1970s: that they exist solely to maximize shareholder value. More governments will ask companies what they can do for society. Past rules of thumb for share buybacks, dividend payments, board structures, and executive compensation will require a rethink. Shareholder activism will be regarded with skepticism.

Companies had to respond to similar demands after the 2007-2008 financial crisis, when governments required banks to shore up capital and to clamp down on executive compensation. But this downturn feels different. Governments are extending financial support to a much wider range of virus-hit strategic industries — from steelmakers to airlines — and calling the shots on many more aspects of companies’ operations. On May 11, 2020, the European Commission banned dividends, share buybacks, and bonuses for bailed-out companies as long as governments hold a stake in them. If governments pick up the pieces when lean companies get hit with systemic issues, they will likely require them to bolster their balance sheets.

Already, national governments have started to attach conditions to aid packages to protect climate goals. At least one airline, Air France, has pledged to reduce its carbon emissions earlier than originally planned in order to receive government loans.

Moving fast will require adapting to new standards more quickly than competitors, and companies at the forefront are adjusting their expectations for returns. Companies that have already forensically reviewed their operations to obtain strong sustainability scores now have a competitive advantage. More are focusing on their environmental, social, and corporate governance performance as they prepare for a new era when growth will depend on excellence measured by social metrics like employee absenteeism and environmental yardsticks like waste-recycling rates.

The coronavirus pandemic has triggered the kind of economic reckoning that occurs perhaps once a century. Enormous innovation and breakthroughs will be required to revive the global economy. Along with it, previous assumptions of how business should be conducted will have to be reexamined.

“Ironically, the longer the crisis lasts, the more seriously we will be forced to transform into more sustainable businesses,” one chief executive said. The companies that can make fast and forward-thinking decisions so that they can continue to adapt rapidly to change while embracing the human capacity for invention, will be among them.

Editor's note: Oliver Wyman is monitoring the COVID events in real-time and we have compiled resources to help our clients and the industries they serve. Please continue to monitor the Oliver Wyman Coronavirus hub for updates. 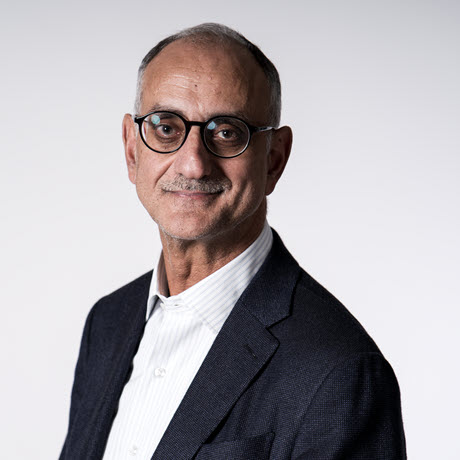 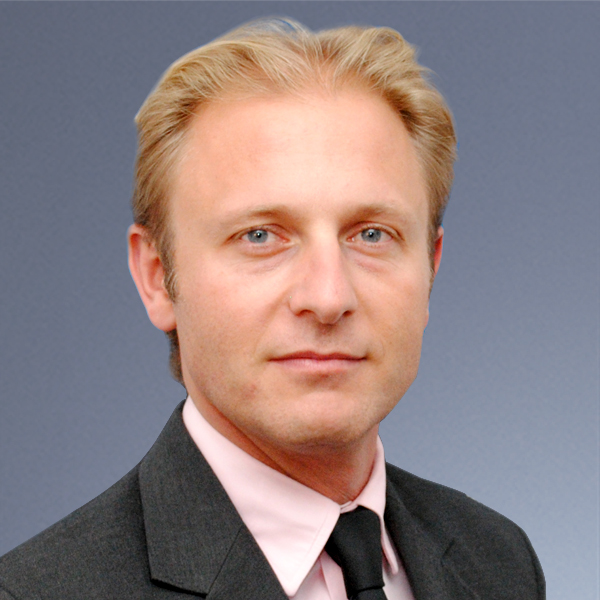