The Risks Of The Libor Switch

Our Expertise Insights The Risks Of The Libor Switch

By Adam Schneider and Serge Gwynne.

This article first appeared on Financial News on June 27, 2018.

The London Interbank Offered Rate (Libor) is the reference interest rate for financial products worth more than a staggering $240tn. No wonder it has been called the “world’s most important number”. Nevertheless, it may soon be a non-existent number.

After the Libor-fixing scandal, and the resulting $10bn of fines, both regulators and banks want reference rates that are based on observed market prices rather than “expert judgement”. However, unsecured interbank lending — the market Libor is supposed to represent — has decreased dramatically over the last 10 years, making objective reporting of rates practically impossible. The UK’s Financial Conduct Authority announced in 2017 that, from 2021, it will no longer “compel or persuade” panel banks to submit the information used to create Libor.

Of course, Libor might not end after 2021. Future regulatory interventions aside, nothing stops banks from continuing to submit the underlying data, nor Intercontinental Exchange (ICE), the Libor administrator, from continuing to publish Libor. Indeed, several influential voices are calling for this. And ICE was recently authorised under new European benchmark regulation. Nevertheless, dwindling liquidity in the underlying market means Libor’s survival is far from certain.

Working groups have been developing alternative rates for the four main Libor currencies: the pound, the dollars, the yen and the Swiss franc. In April this year, the Bank of England took ownership of the reformed Sterling Overnight Index Average (Sonia), and the New York Fed began publishing the Secured Overnight Financing Rate (SOFR) — a new US dollar reference rate.

Euro reference rates are also in the process of being reformed or eliminated. The method used to derive Euribor (the European market equivalent to Libor) must be revised to meet the requirements of the European Benchmark Regulation by 1 January 2020. And Eonia (the main euro overnight rate and once a possible alternative to Euribor) is unlikely to be available after this date, because it cannot be revised to comply with the new benchmark regulation.

A transition to these new reference rates will not be a simple matter of replacing old rates with new. The new rates are structurally different from Libor. For example, Sonia is an overnight rate only (for now), while the most frequently used Libor rates are for one, three and six month tenors. Overnight Sonia rates could be compounded over a longer period, but this would not capture the term structure or credit spread embedded within Libor. We calculate that, on average, a compounded Sonia rate would have been 30 basis points lower than three-month pound-Libor over the last 10 years and nearly 400 basis points lower during the financial crisis when bank credit spreads blew out.

Simply substituting Sonia for Libor in products or contracts that reference it would therefore radically alter expected cash flows and the way they behave as interest rates change. The transition away from Libor will require products to be analysed to determine which rate should be used – for example, overnight Sonia, term Sonia (if and when developed), or a new rate to be developed for specific product needs.

Even if this challenge can be met without excessive disruption, another will remain. Libor is likely to become unavailable before many of the contracts using it mature. ‘Fallback’ provisions in each contract will then determine what happens. But these provisions were designed to cover a temporary unavailability of Libor rather than its permanent elimination, and they often change the economics of the product – for example, effectively converting floating-rate products into fixed-rate products. One of the counterparties to a Libor contract may suffer material losses while the other receives windfall gains.

The expense and risk of revising the terms in extant Libor contracts will vary with the product and type of counterparty. Bespoke contracts with corporate customers will usually require individual renegotiation. By contrast, the standardisation of many derivative products and sophistication of the counterparties involved, may mean that revising them will be relatively straightforward, which is fortunate given the extraordinary gross exposures.

Retail products that reference Libor will also need a standardised rather than individually negotiated revision. But here the risks of getting it wrong are considerable. Banks currently selling Libor products that extend beyond 2021 are becoming increasingly concerned about reputational and conduct risk they are taking on, given the uncertainty if Libor were no longer available. Buyside investors in Libor products also face conduct risks due to fiduciary duties towards their clients.

The sooner banks begin to prepare for the changes that are likely to come, the less disruption they will face, and the less risk.

The sooner banks begin to prepare for the changes that are likely to come, the less disruption they will face, and the less risk. The first task is to understand the extent of the exposure by compiling an inventory of products, contracts, and processes (such as transfer pricing or asset valuation) that rely on Libor, Euribor and Eonia. Banks can then begin to design products that reference alternative rates, working with market participants to build liquidity.

As for the ‘back book’, the goal should be to minimize the cost and risk of conversion mentioned above. Banks should advocate for an industry standardised, transparent and indisputably fair approach to the revision of contracts. Ideally, banks will find a way of continuing to use Libor for many legacy contracts until they mature.

Given the vast number of products, contracts and processes Libor is 'baked into', moving to alternative rates will inevitably be a burdensome and lengthy process. But by engaging with regulators and industry bodies, and by beginning work early, banks can greatly reduce the potential for costly turmoil.

Indeed, they can turn a burden into an opportunity. Moving from Libor to a new basis for pricing products provides an occasion to rethink product economics and better tailor pricing to the needs of counterparties, including retail customers. If change is to be forced on banks, they should make the most of it. 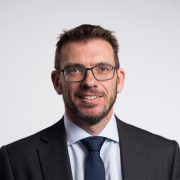