How The Great Recession Changed Banking

Our Expertise Insights How The Great Recession Changed Banking

By Christian Edelmann and Patrick Hunt
This article first appeared in the Harvard Business Review on October 31.

Just over 10 years ago, French bank BNP Paribas froze U.S. mortgage-related funds. Defaults on subprime mortgage loans mounted. The market panicked. There was a run on British bank Northern Rock. Over the next year, many banks fell. Investment bank Bear Stearns collapsed. Lehman Brothers toppled. Many other financial firms including AIG, Fannie Mae, and Freddie Mac needed bail outs. The Great Recession of 2007 to 2009 was under way.

It may feel as though the financial system hasn’t changed much in the decade since the downturn, but it has. The recession transformed investment banks and created a deep divide between banks that quickly remodeled their business and those that failed to move rapidly.

A dramatic expansion of regulation drove most of the change until now. Most of the regulation was meant to safeguard the financial system, and the taxpayers who had to bail it out, from another crisis. We expect investment banks to embark on an even more fundamental makeover during the next decade. This second transformation will be triggered not by regulation but by rapidly evolving technology. The banks that have nearly completed their regulatory agenda have a head start, since they can free up more financial and human resources to address evolving technology. The race is open and the gap between investment banks will widen even further as they race to adopt technological innovations and reconfigure their workforces to satisfy changing customer demands.

Clients can see the shift in how banks rely more on electronic channels than phones to arrange trades.

Investment banks are also required to have a more stable funding base, with enough liquid assets to survive longer periods of stress. They are subject to more rigorous stress testing by regulators and have to develop plans aimed at ensuring that they can recover from a crisis. In the United Kingdom, reforms have gone so far as to require banks to separate their investment banking activities from their retail divisions in the near future to protect depositors.

We don’t know yet if these regulations will protect the financial system and taxpayers in a full-blown crisis; it hasn’t been tested. But it is clear that these changes have diminished the profitability of investment banks. Combined revenues are down 25% — the equivalent of $70 billion. On average, their returns on equity have been halved, to just 10%.

Those declines reflect changes in strategies and the basic business model of investment banks, post-crisis. Clients can see the shift in how banks rely more on electronic channels than phones to arrange trades. They can also see it in the reduction in the size of individual trades that banks are willing to make and in the increase in the proportion of derivative contracts that are being cleared at external “central clearing houses” rather than facilitated through bank balance sheets.

As a result of the remodeling, banks’ earnings are much less linked to the potentially volatile value of the assets underlying their trades.

Less apparent to the outside world is how much banks are also investing in controls, especially in their compliance, risk, and finance divisions. Investment banks now spend an average of $300,000 per year on these functions per “front office” employee who works with clients, such as sales and trading personnel. A decade ago, that figure was lower than $200,000.

As a result of the remodeling, banks’ earnings are much less linked to the potentially volatile value of the assets underlying their trades. This is most apparent in the credit markets, where revenues have shrunk by more than 40% from pre-crisis peaks. As these parts of the business have shrunk, others have grown. Fees earned from advising companies and helping them issue debt are up 25%, and now account for one-quarter of the industry’s earnings.

Layoffs, particularly in sales and trading, have accompanied lower profits. Total expenditures on front-office activities have been slashed by more than 30% over the past decade. Expenditures on control functions related to implementing new regulations such as compliance, risk, finance, operations, and technology have been cut — but only by 10%.

Other startups seek to partner with banks in areas where they, as specialists, can offer better solutions to challenges such as cybersecurity.

As with all periods of disruption, the effects of these alterations have been uneven across the industry, and the competitive landscape has been reshaped on three fronts.

First, American investment banks as a group have gained 10 percentage points of market share — rising from 40% to 50%, primarily at the expense of European competitors.

Second, the gap in shareholder returns earned by the group of investment banks in the top quartile compared with the average of those in the bottom quartile has grown from 30% in 2007 to more than 100% in 2017. The average returns generated by the group of banks in the bottom quartile have fallen by two-thirds, to just 6%. The strong have gotten stronger and the laggards have had to fight harder not to fall further behind.

Third, a new breed startup is making inroads. They are technology-savvy fintech shops. In some parts of the financial markets, particularly in more liquid asset classes such as foreign exchange, new entrants offer products and services, such as market making, that directly compete with banks and offer clients more choice and often better customer experiences. Other startups seek to partner with banks in areas where they, as specialists, can offer better solutions to challenges such as cybersecurity.

Technology specialists will play a greater role in allocating investments, working alongside senior management from a more traditional background, who currently drive much of the decision making but have limited technological expertise.

These divisions will only deepen as investment banks focus more exclusively on the need to integrate new technology. To stay ahead — or even keep up — will require substantial reengineering and very different skills from those required to manage regulatory reform programs. The top investment banks will reconfigure their workforces to more closely match those of technology firms.

In the future, technologists who can turn technological architecture and tools into more-attractive customer propositions and foundations for investment banks to reach faster decisions will join traders and sales people as the highest-paid people in investment banks. Technology specialists will play a greater role in allocating investments, working alongside senior management from a more traditional background, who currently drive much of the decision making but have limited technological expertise. Investment banks will automate manual tasks and processes to increase efficiency, move services to the cloud, and improve the quality of data analysis, in part by using artificial intelligence to better anticipate evolving customer needs.

The resulting technological reinvention of investment banks is likely to reshape the industry once again. Banks hampered by tight technology budgets, overly rigid organizational structures, and competing internal visions of the future will risk stagnation — or worse. While there is no doubt the Great Recession and its aftermath left the industry reeling, the next phase of technological disruption may actually lead to a more fundamental transformation of the industry. Investment banks, and the clients they advise, will need to keep up. 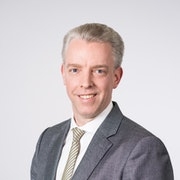