Meanwhile, new digital entrants in the power sector signal sweeping change in the next decade, as legacy commodity traders began to rethink the impact of digitization and a greater degree of electrification on their vaunted trading operations.

The commodity trading industry is about to be reordered – again. The market is sending a powerful message that the industry will be divided into three divergent camps – a core of sophisticated, competitive, global traders versus smaller traders and new digital contenders. The number of traders will shrink, and survivors will need to proactively rethink traders’ roles as digitization radically reshapes the industry.

Reimagining Commodity Trading  is the fifth of a series of pieces of research produced by Oliver Wyman which analyzes the changing dynamics that are redefining the commodity trading industry. This library of research is more relevant than ever not only for commodity industry leaders interested in getting ahead but also for any company that relies on commodities to produce its products. Please feel free to contact us for more information.

Commodity Trading Margins By The Numbers 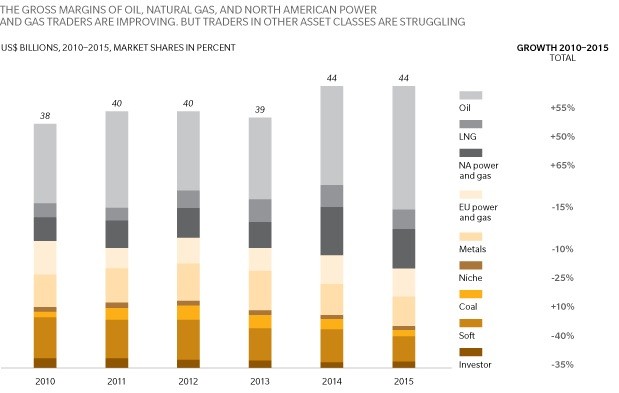