The New Balance of Power in Oil

Our Expertise Insights 2015 November Risk Journal Vol. 5 Revamping Business Models The New Balance of Power in Oil
North American oil producers are experiencing widespread pain as a result of rock‑bottom oil prices. One after another, US‑based independent oil producers have reported missed-earnings estimates and plans to cut production. However, it is too early to count US-based shale producers out as major players in the oil markets in the future. Rather, what’s happening marks an historic shift in the companies acting as market-driven swing producers by reacting swiftly to falling prices.

Since 1973, Saudi Arabia and other OPEC members have acted as swing producers by increasing or reducing their oil output to help the global market adjust to shortages or surpluses in supply and volatile prices. North American shale producers however are now responding to market supply and price changes. Within the next decade, more unconventional oil and gas producers may also join existing players’ ranks with the US showing a relatively inexpensive and fast way for countries to seek energy independence by exploiting their own unconventional oil and gas resources.

What steps should governments, national oil companies, and oil majors take to stay ahead of these shifts? Please read our article to find out. 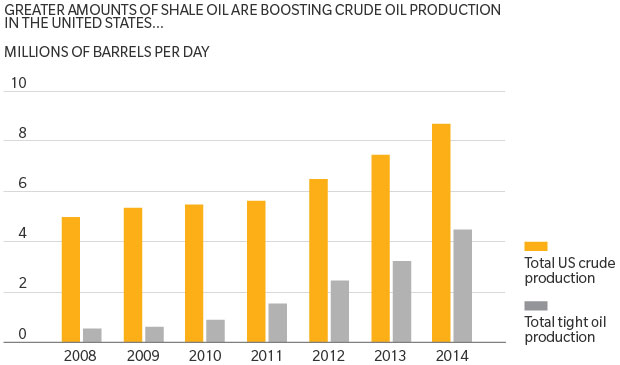 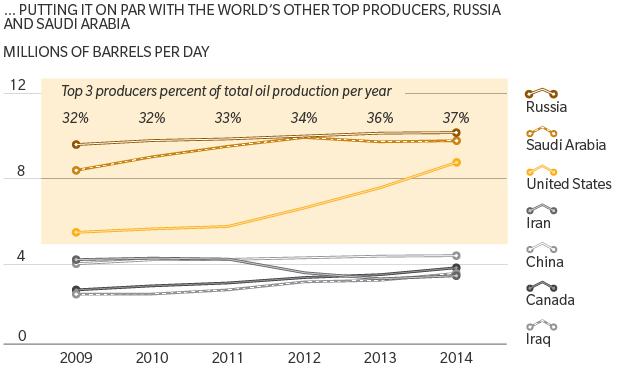 ...putting it on par with the world's other top producers, Russia and Saudi Arabia 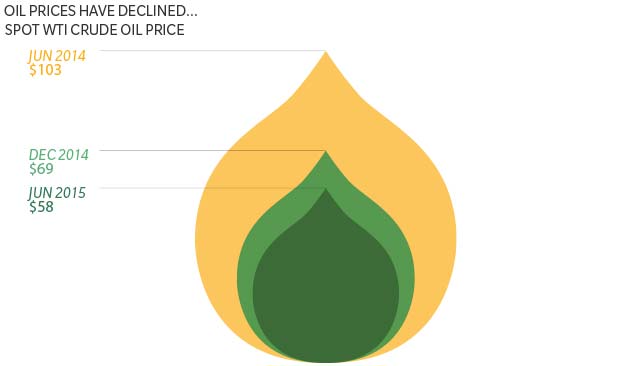 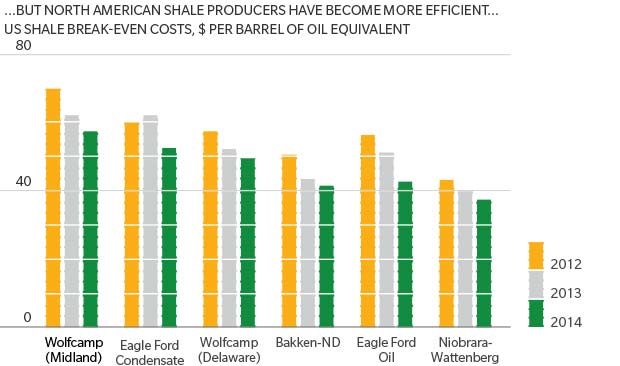 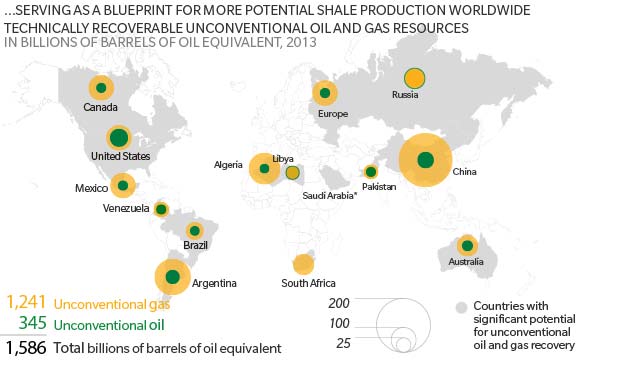 Video: The New Balance of Power in Oil

Bernhard Hartmann and Saji Sam both partners in our Energy practice based in our Dubai office, discuss how the rise in North American shale producers has shifted the balance of power in oil globally and what the oil and gas firms can learn from these organisations.

The New Balance of Power in Oil