Our Expertise Insights 2014 April ACO Update: Accountable Care Organizations Now Serve 17% of Americans
More than two-thirds of the U.S. population now live in localities served by accountable care organizations (ACOs) and more than 40 percent live in areas served by two or more. The figures come from a new analysis by the consulting firm Oliver Wyman, based on the Department of Health and Human Services’ announcement of the latest class of ACOs approved to participate in Medicare’s ACO programs.

The latest round of approvals in January brings the total of Medicare ACOs to 368, up from 235 in July 2013. Oliver Wyman has identified an additional 150 additional ACOs, bringing the estimated total to more than 520, up from 320 in July 2013 and 260 in January 2013. The numbers suggest that a fire has been lit—and it’s going to spread quickly. 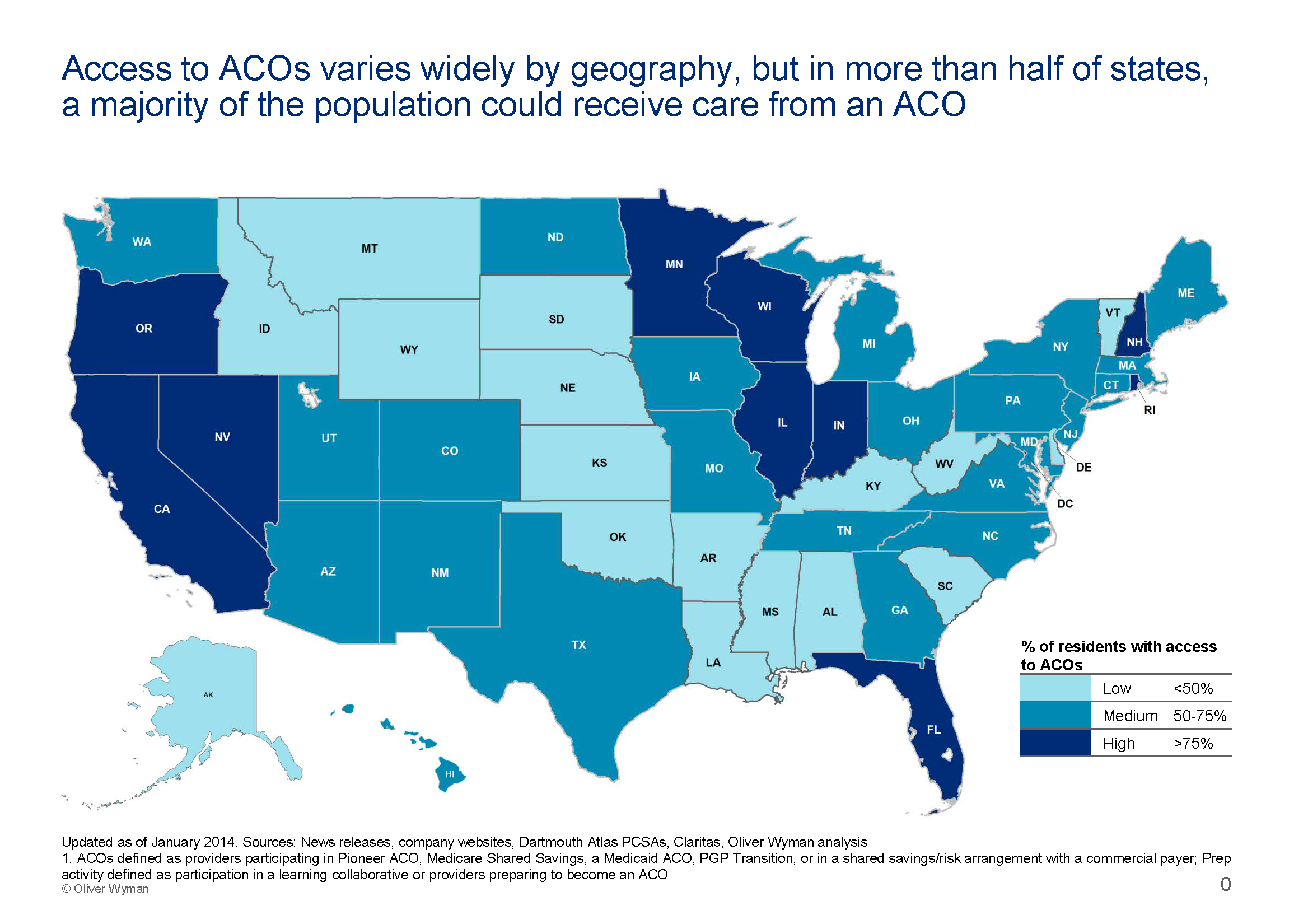