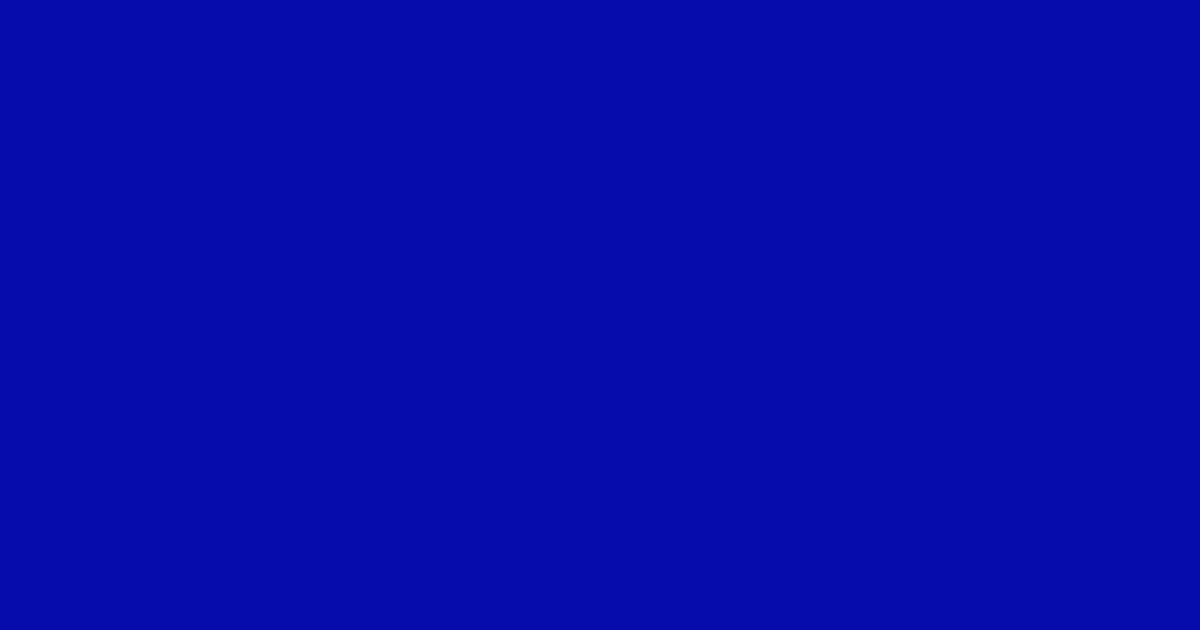 Editor's note: Oliver Wyman is monitoring the COVID-19 events in real time, and we have compiled resources to help our clients and the industries they serve. More of our latest Financial Services thought leadership and industry expertise can be found here.

Social justice was a key campaign theme for President Joe Biden. There is every reason to believe this theme will be applied to financial regulation as it is to many other areas. This paper explores the key implications of this focus and how financial institutions can be well prepared to meet these changing expectations.

The term “social justice” encompasses a variety of objectives, principally the elimination of discrimination based on race, gender, and sexual orientation, along with a desire to reduce economic inequalities. The financial sector is important to social justice advocates, given the important role of finance in opening opportunities for individuals and in protecting them from risks. For example, there is a long history of legislative and regulatory support in the promotion of fair lending, including the Equal Credit Opportunity Act (“ECOA”), the Fair Housing Act (“FHA”), the Home Mortgage Disclosure Act (“HMDA”) and the Community Reinvestment Act (“CRA”).

Democrats will have some room to push new legislation now that the Georgia elections have given them the thinnest possible majority in the Senate to complement their thin majority in the House. However, the action is much more likely to be on the regulatory front than on new legislation. Losing the support of even a single Democratic senator would doom a bill if the Republicans unite against it. Further the rules of the Senate grant the minority party a strong ability to block legislation, ruling out most Democratic proposals, given the high level of disagreement between the two parties on these issues. That will not keep Democrats from proposing legislation, but will make it difficult to pass anything controversial, such as the Public Banking Act which was introduced in the House in 2020 to further progressive banking policies.

However, new Democratic appointees will have a great deal of power to use financial regulation to substantially further their social justice objectives. They will have considerable authority to revise or add rules based on current laws, as well as to increase supervision and enforcement to support the policy agenda and it is a virtual certainty that they will do so across the relevant agencies (Federal Reserve Board (FRB), Office of the Comptroller of the Currency (OCC), Federal Deposit Insurance Corporation (FDIC), Consumer Financial Protection Bureau (CFPB), National Credit Union Administration (NCUA), US Department of Housing and Urban (HUD), Justice Department). Therefore, it is important to consider the ways that the Biden administration may choose to pursue the social justice agenda and what financial institutions will need to do to get ready and stay ahead of the curve.

Some potential regulatory initiatives are:

Revising the rules that implement the Community Reinvestment Act (CRA)

The Office of the Comptroller of the Currency recently changed key regulations for the Community Reinvestment Act (CRA), generating considerable controversy. The new regulations generally focus on more specifically delineating and expanding the activities that qualify for the CRA and providing more quantitative measures for evaluating bank performance under the CRA. It is likely that Biden appointees will revisit these rule changes and move to toughen the regulations, since there has been strong reactions against them. Some advocates claim that the revisions will actually reduce banks’ incentive to invest in low and moderate income communities consistent with the purpose of the CRA and have now created inconsistent standards among the various regulators that oversee compliance with the CRA (for example, the FRB and FDIC).

In particular, there is likely to be more frequent and more assertive use of “disparate impact” analysis, which has been diluted under the Trump administration (including a new HUD rule which provides substantial impediments to utilizing this theory). A number of laws make it illegal to use approaches that have a more negative impact on protected classes, such as racial minorities, than on others, even if, on its face, a policy is not obviously discriminatory and there is no explicit intent to discriminate on the part of the lender. The Biden team have explicitly endorsed the use of disparate impact in the enforcement of fair lending laws (as was the case during the Obama years). In addition, purposeful discrimination (for example, redlining) or even isolated bad behavior (for example, an interaction at a branch) will be treated harshly by regulators and the media. Omnipresent mobile phone video recordings and social media can considerably amplify the impact of bad behavior.

The relevant agencies (for example, the Federal Financial Institutions Examination Council, FFIEC release in August 2020) have emphasized the need for lenders to continue to comply with fair lending laws in the implementation of the COVID-19 Relief Programs. This has been, and will continue to be, challenging, since decisions are being made very quickly and sometimes without complete financial data. It is likely that decisions and processes implemented quickly could ultimately be second guessed by regulators, causing both regulatory and reputational risk to financial institutions.

Preventing the baking of old biases into new technologies

Artificial intelligence (AI) and machine learning (ML) rely heavily on historical data about past decisions, such as the granting or refusal of loans. This creates a danger that past discrimination that led to unfair decisions will be recreated by programs that were trained using historical data. For example, if a database of historical lending decisions includes many instances of women being unfairly turned down, a machine learning program could end up replicating a bias against women. This problem is already well known in the tech community, but there are many differing opinions about how to tackle the difficulties. Financial regulation is almost certain to be expanded to more explicitly cover this set of issues. In fact, in July 2020, the Consumer Financial Protection Bureau (CFPB) published a notice highlighting regulatory flexibility when complying with adverse action notice requirements when lenders use complex AI and ML models for their credit decision-making process. It is unclear what the Biden administration position will be relating to the increasing use of these tools and the challenges of flexing the current regulatory regime to regulate their use. Whatever the specifics, there is sure to be greater emphasis on this topic.

New appointees could place a greater emphasis on tackling inequalities and potential discrimination at financial institutions as employers. In particular, they could expand examination of hiring, promotion, and compensation practices to emphasize potential discrimination against protected classes. They could also require more disclosure of employment outcomes by race, gender, and other criteria in order to use social pressure to promote equality and reduce discrimination. Regulators have considerable authority to disclose data, or require their disclosure, even in areas where they cannot directly mandate behavior.

If new appointees decide to be particularly assertive, they could focus on the range of compensation between the top executives and the median worker. It might be difficult to find direct legislative authority to pursue this angle. However, there could be indirect approaches, such as by making the argument that very high levels of compensation could incentivize excessively risky behavior, thus creating safety and soundness issues. Even progressives would be unlikely to attempt to put caps on compensation, but there would be room for disclosure requirements and for supervisory guidance that puts pressure on bank managements and boards.

Many academic studies show that a lack of inclusion and diversity in management teams and boards can lead to bad decisions and riskier ones. Bank supervisors are already interested in management and board cultures and could intensify their focus and tie it more closely to inclusion and diversity, again using their general authority to examine safety and soundness issues.

We recommend that banks consider “social justice” themes in a holistic manner as a top priority:

As the likely changes are “regulatory” in nature, there may be a reflex reaction at some banks to think of this as mostly a new regulatory compliance challenge. However, in light of the significance and prominence of the recent “social justice” concerns in the US and the fundamental importance of these issues to the Biden administration, we believe that this will be a significant business imperative, as well as a risk challenge for banks. It is our view that these topics should be elevated to the top of the organization in order to develop a comprehensive strategy that is appropriately prioritized across the institution.

Business strategy. As part of the strategy, banks may want to reconsider aspects of their business strategy. As an example, should banks create new lending programs aimed at low and moderate income or minority borrowers? Are banks doing enough proactively to promote lending to historically under-banked groups? Should banks consider modifications to their marketing and brand positioning in light of the new environment in which they will be operating? While progress has been made at many institutions, these governmental changes provide a strong catalyst for revisiting these dimensions of the lending and credit strategy.

Human capital strategy. Banks should also evaluate their human capital strategies to ensure there is a forward-leaning approach to diversity and inclusion. This will likely become an even more important component in hiring and maintaining the right talent, as well as satisfying increasingly interested regulators. Banks will need to consider their hiring, promotion, compensation, and cultural development strategies to encompass necessary changes in approach. It will be important to align the outward image projected to the public with internal talent and cultural initiatives.

Public affairs strategy. Even in light of the “business” oriented initiatives referenced above, it will still be important for banks to engage actively with regulators to help ensure that policy and rule changes are constructive and workable. There will need to be a step up of public affairs activities and engagement with trade associations as rule proposals begin to surface. Some banks may want to consider proactive outreach to key regulators regarding their current efforts and planned initiatives related to social justice. As is always the case in periods of heightened regulatory activity, management will likely need to invest further in their compliance programs to handle a greater regulatory emphasis on fair lending topics and the new rules that will emerge from the various agencies.

The social justice agenda will require a number of stakeholders to own and drive key initiatives, including across consumer and commercial banking, marketing, public affairs, compliance, risk, human resources and audit. With the wide range of stakeholders involved across the institution, it is essential to clearly articulate an institution’s goals/ambition; roadmap to achieve them; and associated management accountabilities. To make this broad program work, the board and management will need to set up the right governance and oversight mechanisms to enable appropriate visibility. Without the proper set up and oversight, there will likely be inconsistencies in approach; mismatches between the business/marketing and the risk and compliance functions; and the creation of regulatory and reputational risk for the institution.

While there will inevitably be a number of important strategic initiatives developed as financial institutions move forward in the new environment, it is also an absolute certainty that there will be greater supervision and enforcement activity by regulators on fair lending topics and this will likely come sooner rather than later, especially as new leadership is installed in the relevant agencies (for example, CFPB). Since these topics have not been as prominent a regulatory focus during the prior administration, it is possible that they have drifted a bit out of focus of the board, bank leaders and even potentially the CRO and CCO. Accordingly, it is important that banks take action right now to shore up their fair lending compliance programs including reviewing policies, controls, training, testing and reporting with a focus on both the first, second and third lines of defense to make sure that they are fit for purpose for the new environment.