Our Expertise Insights AI-Based Marketing In Telecommunications
Digital retailers are among the world’s most valuable companies in large part because they have figured out how to use data to predict consumers’ precise tastes and make them offers customized for maximum uptake and revenue. Other companies, by contrast, generally lump customers into crude categories to decide whom to target with a special offer. That’s one reason why many telecom operators have struggled over the past decade.

But it doesn’t have to be that way. One large telecom operator we worked with used artificial intelligence and machine learning to generate 55 million personalized offers to replace the 10 or so types it had previously classified customers into. These offers then formed the basis for interactions with each customer, whether from an outbound call or after an incoming enquiry. Over the first year, this generated 50 percent more revenue at each interaction with a client, and a total of $100 million in additional revenues. Properly deployed, a version of this technique can help other services offered as subscriptions — such as insurance, retail banking, electric power, and credit cards — become much more valuable.

But extreme personalization is not an off-the-shelf tool. Companies in subscription businesses are mostly not digital natives and they need first to undergo deep transformations in the way they perceive, serve, and interact with customers. That means a shift from focusing on ways to sell their products, which are often similar to the competition’s, to using artificial intelligence in order to more precisely offer what individual customers want. Then they need to teach their sales forces how to use these new tools.

The telecom industry illustrates the potential of this shift, because many players offer near-identical services at similar prices: A typical competitive move consists of a marketing campaign based on discounts. Worldwide, the traditional services of television, Internet access, and telephony have converged into single-package offers. So customers search for better deals by switching between operators, or they use the threat to demand a lower price and better conditions. In competitive markets, a very high share of customers — including most new ones — are subscribing at special discount rates, often half the standard price.

This century’s top-performing companies show that a smarter way to please customers is through personalized offers. As a first step, algorithms can be set to work profiling customers — processing their usage of telecom services and social media to figure out what kind of product might appeal. Someone who uses large amounts of mobile data is a candidate for an offer of high data allowance. If three or four people are often online in a household with a contract for fixed broadband and a single mobile service, that’s a sign of more potential mobile customers.

Machine-learning techniques can sharpen the algorithm’s predictive power by learning from past errors and factoring in the tastes of customers with similar pr ofiles. This precision can dramatically reduce a telecom operator’s costs because it’s expensive to grab a customer’s attention by paying agents to make outgoing calls, and only worth it when there is a high probability of success.

Machine learning can also figure out what price a given customer is pr epared to pay for a product and, therefore, which of several possible offers is most likely to gener ate value.

We distilled this knowledge into a “next best action” for each customer, consisting of a product offered at a specific price. Consider two customers thought likely to be interested in unlimited mobile data in addition to their current packages. One might be tempted by an offer at $5 extra a month, but the other might only bite if the additional cost i s $2. So, for the first customer, the next best action consisted of an offer of unlimited data for $5 more; for the second it was an offer of unlimited data — the same product enhancement — for an extra $2. Each customer is also assigned an “next best action 2”: an offer to propose if they turn down the initial one.

We also were able to predict more precisely whether the potential value to be gained from the next best action merited an outbound call. In some cases, when the customer was likely to be willing to pay enough for an upgrade in services, a call was worthwhile. In others, the estimated value to be gained from an outbound call was too lo w — but this proposition could still be attached to the customer’s profile for use when they called or turned up at a high-street branch to make an inquiry.

When we tried this out at a leading telco operator, we realized that the machine-learning tools alone were not enough. Their role was not to replace the sales force but to help the sales force do their jobs better, and at an early meeting the commercial channels director told us: “This is very interesting, but there will be a human being in the telephone platform running the interaction with the client,” he said. “So you need to think: How can we make sure that the agent in the call center will do what you want them to? This requires tools, incentives, and training.”

So we transformed the operation of the commercial channels, investing time and effort in training and devising a new incentives system. This applied both to sales agents making outbound calls and to staff who come into contact with customers for other reasons and was illustrated through an easy-to-understand traffic-light scheme to show agents the amount of commission they will get from a deal. First, they are required to offer the next best action to the customer, unless the customer is clearly angry. If this is accepted, the agent will earn the highest possible bonus. If it is not, they can instead try out the customer’s next best action 2, which will earn a smaller bonus, or negotiate freely and earn only a lower bonus, if any.

Our experience shows that AI is a great tool, but that it needs to be combined with deep changes in the working methods of people who use it — that is, the staff who come into contact with customers, whether as sales agents or giving technical advice. To implement this shift, the traditional role of product managers has to be supplemented by a customer base management practice, which brings together functions such as IT, business intelligence, marketing, and sales.

When we did this, as well as the 50-percent jump in revenue per interaction, our client reported a 15-percentage-point increase in acceptance rates over a year and a 10-percent rise in the size of the active customer base. We are convinced that similar results could be achieved by applying these tools and principles in a wide range of industries where service providers have long-term relationships with customers, such as pay television and retail banking. The first step to getting results more like those of digital retail stars is to start acting more like them. 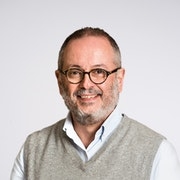 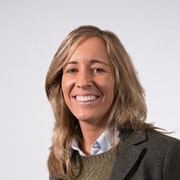