Libra Faces Big Challenges. Does It Need A Rework?

Our Expertise Insights Libra Faces Big Challenges. Does It Need A Rework?

By Barrie Wilkinson.
This article first appeared in Brink News, on 15 July.

The announcement that a new currency, Libra, will be launched next year has sent waves of speculation around the financial sector. What are the potential implications for consumers, businesses, financial services companies, and even governments and central banks?

In short, widespread adoption of Libra could have very serious implications for all these stakeholders. But a new currency will need to compete with the currencies we already use today, which may lead to Libra failing to be adopted by mass-market consumers.

The Potential is Huge

Leading fintech neo-banks have already demonstrated that consumers enjoy having access to currency wallets on their mobile devices. Among other things, these wallets make it easier for users to send money to friends and family, using just the phone numbers in one’s contact list. So the potential to embed currency wallets in the vast consumer networks of the social media giants is tremendous.

But imagine you plugged the same technology into a much more powerful network, such as WhatsApp. Imagine there was a new tab in WhatsApp labeled “Send Money.” This would allow me to send cash to pretty much anyone in the world without knowing their bank details. And now, imagine I could spend the money I have been sent with a simple tap of my phone at a shop terminal.

There are also potential benefits for the unbanked. Consider the potential of such a system for people without bank accounts, who might load their phone with Libra by taking their cash down to the local store, thereby avoiding the risks of carrying weekly wages or life savings around as physical cash.

Many Risks of Failure

Launching Libra as a new currency means there are many risks — chief among them that Libra simply won’t be widely adopted by users. For it to be regarded as a currency, it will need to be accepted in shops and online stores as legal tender. Existing cryptocurrencies largely don’t meet this hurdle (I can’t buy a cup of coffee with Bitcoin, for example), and as a result, they have largely become stores of value for investors and speculators.

For Libra to become legal tender, it will need to be accepted by merchants — which is where we run into a major chicken-and-egg problem. Merchants generally won’t accept a new currency unless most consumers carry it in their pocket. And consumers won’t adopt a new currency unless it is accepted by most merchants. The fact that Libra is backed by a basket of fiat currencies doesn’t solve this problem. Even with the backing of a long list of heavyweight companies, low merchant adoption could sink the whole project.

Because politicians, central bankers and regulators are aware of the implications of Libra, they are likely to put up roadblocks to prevent its adoption as a currency.

If Libra is not accepted as legal tender, then users will need to transact in and out of their local currency twice if they ever want to spend their money, making the business case for adoption even lower. Lawyers and accountants have pointed out that this will likely lead to the need to calculate capital gains tax in some countries, since users will effectively be buying and selling a security each time they buy or sell Libra. Currencies are exempt from capital gains — but several prominent regulators have already stated that Libra probably won’t qualify as a currency.

But What if It Is Successful?

If Libra is accepted as legal tender, the implications for the financial system could be huge. You would suddenly have the risk of large quantities of bank deposits being transferred from traditional banks into Libra wallets. This could create a funding shortfall for banks that would be forced to bid for these deposits back from the Libra system at wholesale rates. This would greatly undermine the banks’ funding advantage and be a hit to earnings. A new financial ecosystem would naturally build up around the Libra wallets — because Libra is an international currency, consumers would be able to shop around for the best deposit and loan rates globally.

And if merchants start accepting Libra as legal tender, they might also start paying employees their wages in Libra, which would remove banks’ advantage of running customers’ primary bank accounts.

There are also some systemic threats. If banks are short of funding, they may need to sell off their holdings of sovereign debt. You then arrive at the peculiar situation where the composition of the Libra reserve has a major impact on which banks and governments are able to access funding. Because politicians, central bankers and regulators are aware of these implications, they are likely to do everything they can to put up roadblocks to prevent the adoption of Libra as a currency.

If you combine the risk of low rates of merchant and consumer adoption with the threat of regulatory action, Libra has some major challenges ahead.

There is, however, a much simpler method of embedding currency wallets into social media platforms such as WhatsApp — and that is to use existing local currencies. This is how WeChat/WePay works in China: It uses the renminbi as its currency. It would be much simpler if I could just fill my WhatsApp wallet with pounds and my friends in the U.S. could fill theirs with dollars. The chance of adoption would be greatly increased, and sending money would be as easy as sending a WhatsApp message. The potential for a financial ecosystem built up around social media wallets would be huge.

Regardless of whether users are sending Libra or local currency, there is one final challenge that will need to be overcome: compliance with anti-money laundering rules. Social media logins don’t currently comply with know your customer rules. But using existing currencies would remove the need for a Libra currency, Libra council, Libra blockchain or Libra reserve, making the whole enterprise more palatable to regulators and politicians, further increasing the chance of success. If you want to play a central role in the financial system, you need to comply with existing financial regulations. 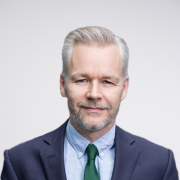