The Advance Of AI Is Uncertain. But That Doesn’t Mean We Can’t Prepare For It

Our Expertise Insights The Advance Of AI Is Uncertain. But That Doesn’t Mean We Can’t Prepare For It

By Scott McDonald
This article first appeared on the World Economic Agenda blog on October 25.

Over the coming decades, artificial intelligence (AI) will eliminate something like half of the jobs that people in advanced economies now perform. So say some experts, such as those from the Oxford Martin School. Others say the effect will be material but not so large. The OECD, for example, estimates that 10% of current jobs will be lost to AI.

The replacement of human labour by machines is neither new nor lamentable. The acceleration of this trend – that is, the Industrial Revolution that began 200 years ago – explains our current prosperity. The labour replaced by machines is applied elsewhere and total output increases.

But this time might be different – at least, in two respects that create risks for employees and employers.

The Industrial Revolution has replaced much physical labour with machinery. The typically low-skilled workers displaced by machines suffer a loss of income. But this is usually temporary, as they soon find jobs created by the new technology or the new wealth.

An AI revolution, by contrast, promises to replace skilled mental labour with machines. Given the cost of acquiring these skills, the pain for displaced workers is likely to be far greater.

An American medical student, for example, often leaves university $300,000 in debt. That’s a big investment in acquiring medical skills. What if AI massively devalues those skills? What if a listening and talking computer attached to blood-testing equipment and other sensors can do a better job of diagnosis than even the best-trained doctor? Try repaying a $300,000 debt working as yoga teacher! In other words, the prospect of rapid advances in AI dramatically increases the risk of investments in human capital.

The faster the progress of productive technology, and the more expensive the skills it replaces, the greater the risk to those affected.

Risks to those who consume training are also risks to those who supply it. Should universities shift resources from subjects where AI can take over much of the territory, such as medicine, law and engineering, and into those where it is unlikely, such as literary criticism? Should companies abandon training programmes they offer in skills that are likely to become redundant? The faster the progress of productive technology, and the more expensive the skills it replaces, the greater the risk to those affected.

Most modern Westerners can hardly imagine the upheaval caused by industrialization in the 19th century. Working and social arrangements that had been stable for centuries were transformed in just a few decades.

It occurred at a time of limited democracy, when government played a minimal role in the economy. Governments did not try to manage the ups and downs of the macro-economy and they did little to regulate economic arrangements, such as employment.

Since World War I and, more importantly, the Great Depression, this laissez faire approach to the economy has been abandoned around the world. Voters expect governments to manage the economy and to protect workers from its vicissitudes. If the Industrial Revolution were playing out today, politicians would certainly play a greater role than their 19th century counterparts did.

Many companies will try to manage this risk by getting ahead of the legislators, by making the commitments to staff that governments would otherwise force on them.

In the early 19th century, gangs of unemployed English handloom weavers – the so-called Luddites – smashed mechanical looms. Today, politicians in many cities around the world ban Uber to protect the jobs of licenced taxi drivers, effectively doing the modern Luddites’ work for them. As the economic and employment implications of AI become more evident, governmental attempts to minimize disruption are likely to increase.

The nature and extent of these interventions is difficult to anticipate, adding another layer of uncertainty for businesses. They may involve attempts to impede the adoption of AI, along the lines of Bill Gates’ suggestion that robots should be taxed. Or companies may be required to take greater responsibility for retraining staff made redundant by machines, or to continue paying them long after making them redundant.

Many companies will try to manage this risk by getting ahead of the legislators, by making the commitments to staff that governments would otherwise force on them. Like any legislation requiring such measures, however, this will put established firms with a large workforce replaceable by AI at a distinct disadvantage to start-ups unencumbered by redundant staff. Ultimately, the new technology and the companies that use it most efficiently will not be stopped.

The workforce of the future

A wide range of industries are likely to be transformed by AI, including medicine, law, accounting, banking, insurance, engineering, and yes, even management consulting. The most obvious challenge for the managers of firms in these industries will be to rearrange their workforces. They are likely to need not only fewer staff but also different kinds of staff.

The kind of workforce companies require will depend not only on how AI develops in the relevant areas but on consumer preferences. For some services, people will continue to prefer dealing with a person even when a machine can do the job. It isn’t always obvious which services. For example, it turns out that many people would rather have psychiatric problems diagnosed by a machine than by a human psychiatrist because they feel less embarrassed and are more inclined to be honest. Where such lines between AI and humans are drawn by consumers, and how they shift, will partly determine the kind of workforce companies need.

Wherever these lines are drawn, people who can build, maintain, and use AI applications will be in greater demand (unless, of course, AI can replace them!). Yet, the supply of them is unlikely to increase equally rapidly. The problem isn’t only that such skills take time to develop but that Western populations are aging. AI and its applications isn’t a game for the over-50s (see chart below).

The population of India and some other developing countries remains young. But the political mood in the United States and in Europe is increasingly hostile to immigration and outsourcing.

However uncertain the ramifications of AI, Western firms will almost certainly face a “skills gap.” Indeed, they already do. Firms that have a considerable exposure to developments in AI will need to give themselves the greatest possible access to available talent. This means moving beyond the traditional in-house model, by which talent is employed, and also sourcing it from partner firms, freelancers, and “crowds.” In an apparent irony, the rise of AI could make HR strategy more important than ever.

If AI makes the progress many are suggesting it will, the consequences for business are uncertain, but they are sure to be profound. Acting on a false expectation of dramatic change can be just as costly as failing to see it coming.

A degree of skepticism about dramatic change is always warranted, especially given the growing evidence that scientific and technological progress is becoming harder to achieve. For example, the number of researchers required to maintain Moore’s Law – that the density of computer chips will double every two years – has increased 78-fold since the early 1970s.

Whatever ends up happening with AI, businesses that take a multifaceted and flexible approach to their workforce should be able to see their way through.

Digital technology is already changing the workforces required by businesses, and these changes are sure to go further. But how much further, and at what pace, remains uncertain. It may be instructive to note than in the late 1960s, with several manufacturers building electric-car prototypes, the public was told that “in the next few years, there is the prospect of seeing millions of them on the road.”

Whatever ends up happening with AI, businesses that take a multifaceted and flexible approach to their workforce should be able to see their way through. 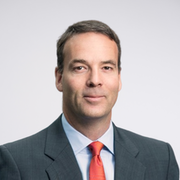