By Nick Harrison and Deborah O'Neill
This article first appeared in Harvard Business Review on Nov 15, 2017.

Few industries are being disrupted as drastically as the retail industry. Pioneers of new business models, such as Alibaba and Amazon, are launching innovations in rapid succession, such as voice ordering and real-time pricing, while simultaneously building scale and driving down costs. More retail purchases are moving online, and a growing number of manufacturers now sell to consumers directly, cutting out retailers entirely. Making matters more challenging, these shifts are happening across practically every retail category – books, entertainment, housewares, clothing, food, financial services, and even energy.

The retailers left standing are those that figure out how to treat disruption as business-as-usual in an industry accustomed to slow, strategic planning

Today, even long-established retailers are starting to set and deliver on selling strategies at the nearly real-time pace set by their online competitors. It’s either adapt to the new environment or step aside and make room for a competitor who can.

To accommodate frequent, fundamental changes to business models, leading retailers generally follow three principles that have been developed through trial and error, often in the midst of disruption. Below, we explore each one, in turn:

While executives excel at setting a firm’s strategy, it usually takes teams made up of people on the front line from all of the divisions affected by proposed changes to figure out how to implement them at pace. That’s why Alibaba and Amazon, for example, create and sprinkle autonomous cross-functional teams across their respective companies to invent and deliver products in new ways. These teams regularly come up with innovations that enable these online retailers to roll out more new products and services faster than their competitors.

At other future-focused retailers, setting up autonomous, cross-functional teams to meet constantly evolving challenges is taking hold in different ways. Some retailers maintain a separate in-house team to try out potentially superior new systems that don’t follow traditional rules, in parallel with existing processes. Others have gone so far as to start their own technology incubators, such as Walmart’s Store No. 8, to invest in small firms to test out new technologies – such as advanced data analytics or new ways to deliver products – before bringing them in-house. By incorporating these disruptors into its own operations, a retailer can more easily pose challenging questions and embrace change more quickly.

Once given permission to “think the unthinkable” via cross-functional teams, retailers can often realize material impacts on agility and costs. For example, by pulling together people from finance, human resources, sales, and other product-related departments, one retailer figured out how the company could operate with one-third fewer employees in its stores. The group designed an entirely new store model from the ground up, using lean store approaches, and cherry-picked the company’s best products, reducing the number of offerings by 70% in its catalog and by one-quarter in its stores. They also simplified checkouts and shelf restocking processes and equipment.

By streamlining store complexity, the team was also able to slash the retailer’s supply chain costs by 20 percent. In the process, the company became better acquainted with its customers – what they liked to buy and how they liked to shop.

Leading retailers continually improve their businesses by encouraging employees to not only abandon old ways of doing things, but to think as if they were creating the company from scratch and picking the system or tool that makes the most sense. This is especially effective since cross-functional teams do not answer to a particular department. So they are more likely to recognize, for example, when a company’s legacy IT system has become a stumbling block to progress – a common affliction in retail operations.

Companies often pull together teams made up of technologists and front-line managers to continuously test and refine paths to progress, remove obstructions, and keep things on track. But top retailers have found that executives, including chief executive officers, need to get involved day-to-day for revolutionary thinking to be accepted quickly. Otherwise, issues raised will go unresolved or projects will drift back to more conventional paths.

At Amazon, for example, executives are required to “dive deep” as well as to “think big.” That means they are expected to work regularly with junior operational teams to solve specific issues as well as set strategy, and they are rated by others on their ability to strike the right balance. By taking this approach, Amazon can improve its processes swiftly and the company’s senior leadership stays in touch with what’s happening on the front line.

One way insightful retailers are breaking free from their conservative cultures is to have the CEO lead a weekly “drop in” meeting for project teams or 15-minute daily catch-ups. When CEOs lead these meetings, teams can raise any issues, big or small, and get them resolved in minutes. Even complicated issues that cut across traditional organizational boundaries can be detangled, such as getting permission to change a marketing campaign without checking with the marketing director or to test a new product offer in stores without first having to secure agreement from both the commercial and store operations departments. Executive involvement can also help with breaking free of strongly ingrained principles or procedures, such as rules around how products are displayed on shelves.

Enable people to feel comfortable with failing fast – including the CEOLeading retailers have developed the ability to nimbly change direction, even based on beta testing. The ones that do this best have CEOs who fight their instincts to avoid failure and instead champion taking more risks and learning from them – even at the very top of their organizations.

Amazon has practically codified failure throughout the company by separating decisions into “one-way doors” and “two-way doors.” One-way doors are decisions that are difficult to reverse, such as a big acquisition, where it’s critical for the decision to be more carefully considered and made at a slower pace. But two-way door decisions are reversible without costing the company its life, such as a new product launch or pricing decision. It’s assumed that these decisions can be made fast with limited information and that failing is okay. As a result, Amazon can regularly adjust to trends and rush out products.

In some cases, retailers are setting up “lab stores” — pop-up establishments designed to test a specific hypothesis. Nordstrom, for instance, has set up a smaller “Nordstrom Local” test store where customers can try on clothes and then have them delivered to their homes later the same day. Nordstrom offers customers time-saving, personalized attention by keeping personal stylists, tailors, and manicurists at the store. But it does this at a lower cost by pulling merchandise from its other larger mall-anchored stores and web site instead of keeping inventory for purchase in stock.

The retail upheaval that began two decades ago when Amazon was founded is nowhere near an end. While painful, the turmoil has given retailers a head start in discovering how to transform constant disruption into new ways to unleash inventions that make their operations stronger. If managers in other industries take a page from retailers’ playbooks, dealing with disruption could start to feel like second nature to them as well. 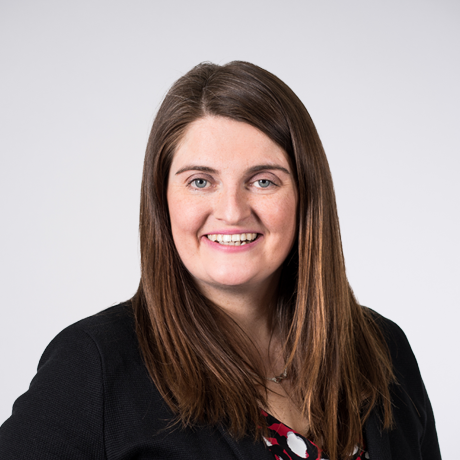