Our Expertise Insights Britain’s Digital DNA
Most people understand that the world is more connected than ever, with digital technology a part of everyday life. In Britain, we are always connected: day and night, at work and at home, by computer and mobile phone. Technology is an integral part of our everyday lives, to the extent that many of us can’t switch off our smart phone for more than a few hours.

So we decided to look at the human impact of this hyperconnectivity, and in particular how it drives the hopes and fears of internet users in the UK. This insight can then be used by businesses to understand the current climate of online preferences and behaviours, and how they will change in the near future.

Our survey of 1,500 UK adults revealed that men between aged between 25 and 34 are missing out on the most human contact, with 43% of male respondents in that age bracket admitting that social media prevents them from seeing their friends as much as they would like. This is compared to 32% of women in the same age group and an average of 22% across all age groups.

Nearly a third (31%) of the UK admitted that they can’t keep up with new technology. The feeling of being ‘left behind’ by new developments appears to be as acute for under 24s as it is for those in middle age. The survey revealed that 29% of 18–24 year olds feel out of touch with the latest technology, the same number as those aged between 55 and 64.

From a societal and political perspective, the evidence suggests that the UK needs to get better at fighting cybercrime, do more work to reduce inequalities resulting from low access to technology, and invest in supporting and celebrating time away from digital devices.

For consumer businesses in the UK, more efforts need to be made to keep customer data safe and to explain what data is collected and why. 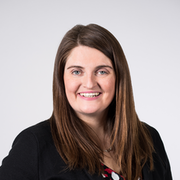 Partner and Head of Digital, Europe 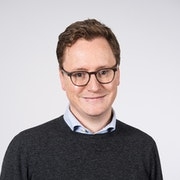