Media Investments In The Digital Era

How brands can adapt to the new age of digital advertising

Our Expertise Insights Media Investments In The Digital Era
The mid-20th century (the Mad Men era) was a golden age for advertising, thanks to the proliferation of mass media. Fathers would turn on the radio and hear an ad for the latest car. Mothers would open a magazine and see a full-page ad for state-of-the-art household appliances.

The ads might not have been backed with data analytics, but companies knew they were reaching their audiences one way or another. “Half the money I spend on advertising is wasted; the trouble is I don’t know which half,” as John Wanamaker, the founder of one of the first department stores, used to say.

Today, the digital media revolution is creating another boom. With the rise of the internet, social media, and advanced data analytics, brands hope to target their customers more than ever before.

But despite the promise the digital advertising represents, it has become increasingly complex. Brands need to invest in digital media while also maintaining their position in traditional advertising: this is no simple matter, given the constraints of companies’ advertising budgets and the challenges of online. Bot followers and fake likes can be as harmful to advertising as fake news to politics, so measuring the return on digital media is challenging.

The digital world is different, and brands must take control of their destinies if they are to end up on the winning side in an era that is just beginning. Recent scandals involving ad agencies have given consumer brands the right to control the narrative by dictating new standards and demanding increased transparency. This is the time for chief marketing officers to act.

THE PROMISE OF DIGITAL MEDIA IS EFFICIENCY

Digital media represents the biggest revolution since the arrival of television. (See Exhibit 2.) Digital advertising has rapidly narrowed the gap with television as the top advertising medium, aligning well with people’s media exposure.

Finding the right allocation of budget between digital and traditional media is a challenge. When managed correctly, digital allows for more precise targeting than traditional media, making it more efficient. However, invest too much in either traditional or digital media, and marketing budgets are suddenly stretched thin; invest in the wrong manner or decrease your presence in traditional media too quickly, and the brand’s image can take a hit.

Digital advertising investments promised to increase efficiency but have often only increased the total bill and put the current operating model in question. The global advertising market is growing, much of it driven by digital spend, which is forecast to grow at three times the rate of global ad spending. (See Exhibit 3.)

One of the main reasons companies fail to reap the benefits of digital advertising is the lack of transparency. Leading advertisers struggle to measure both viewership and ad impact and to define reliable industry metrics by which to measure return on investment. Rebates have been pervasive in US media advertising buying, even though agencies have persistently claimed to not be taking advantage of them, according to a report by the ANA in conjunction with K2 Intelligence (“An Independent Study of Media Transparency in the U.S. Advertising Industry”).

To make matters worse, the study found that media buyers were encouraged by their holdings to direct clients to high-yielding media, regardless of whether this was in the client’s best interest. “We serve ads to consumers through a non-transparent media advertising supply chain, with spotty compliance to common standards, unreliable measurement, hidden rebates, and new inventions like bot and methbot fraud,” according to Procter & Gamble’s Chief Marketing Officer Marc Pritchard. The situation has led to a profound disconnect between advertisers and agencies, which used to have a mutually beneficial relationship. Large media ad spenders are now demanding more transparency and taking matters into their own hands.

The disruption in the travel agent industry in the early 2000s, when shareholder value shifted towards online intermediaries, is a sign of what awaits ad agencies. Both brick-and-mortar travel agencies and traditional ad agencies are incumbents in industries facing similar challenges. These include digital disruption from online players such as Google, the rise of personalization through big data analysis, permanently connected consumers, and a shift of trust to communities.

Beyond the technology disruptions, traditional advertising groups must cope with rising competition from tech companies that leverage programmatic and algorithmic media buying. They are also facing the threat of disintermediation, as digital giants such as Google and Facebook increasingly strike direct deals with brands. When the dust settles, some ad agencies will have disappeared – sharing the fate of many travel agents – or else have consolidated due to diminished margins. Others will have managed to reinvent themselves.

TO WIN IN THE DIGITAL MEDIA REVOLUTION, BRANDS NEED TO TAKE CONTROL OVER THEIR MEDIA INVESTMENTS

As a first step to increase their return on advertising investment, brands have started reviewing contracts with ad agencies and determining key metrics to assess advertising efficiency.

Customer data, their integration across media and channels, and cost-base trimming are excellent starting points to improve the management of media investments. They can provide solid answers to common questions, including: How can we better allocate our spend? Where should we invest another $10 million? Where should we cut if we have to?

From our experience, the biggest upside of a ROMI program is encouraging brand teams to think critically about their plans and investments: creating a common language, fostering a discussion, and leading to fact-based decisions

An advertising revolution may unfold if ad agencies do not evolve rapidly to answer needs from brands. Without waiting, CMOs must gain better control of their media spend and build the capabilities to increase their ROMI.

We recommend that CMOs take the following steps immediately

A leading global beauty player with multiple prestige brands has become “digital first” by significantly increasing its digital advertising spend over the past few years; meanwhile, online sales have soared to account for 15 percent of global revenue (and about 25 percent in China), up from about 10 percent two years ago. In fact, digital marketing expertise is largely considered as the primary source of the company’s impressive overall growth over the past few years. To increase its digital maturity and deliver on its new “digital first” mindset, the company has leveraged both internal and external resources:

These capabilities and partnerships have led to new customer engagement approaches, shifting 75 percent of the company’s advertising budget from traditional media outlets, such as television and print, toward in-store and digital advertising. Key developments include

PERFORMANCE OF THOSE INITIATIVES IS MEASURED AT EACH STAGE (AWARENESS, PURCHASE AND CONVERSION, RETENTION) WITH SPECIFIC KPIS BY THE DIGITAL MARKETING TEAMS.

Media Investments In The Digital Era 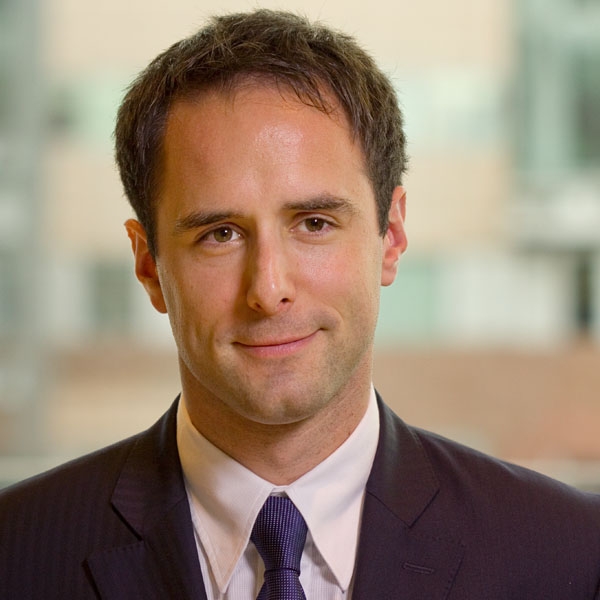