Editor's note: Oliver Wyman is monitoring the COVID events in real-time and we have compiled resources to help our clients and the industries they serve. Please continue to monitor the Oliver Wyman Coronavirus hub for updates.

Capital markets fintech serving sell-side dealers has so far experienced a counter-cyclical COVID-19 crisis: volatility and volumes in liquid products skyrocketed in the first quarter of 2020, reinforcing the value proposition for fit-for-purpose vendor technology to support trading activities and prevent outages. While making predictions in the current environment is perilous, it looks like the second quarter will be slightly calmer in markets. In our latest Capital Markets Industry Outlook Report, we forecast an 8 percent contraction in wholesale banking revenues for 2020 overall in a global recession scenario.

Software businesses will generally be well insulated over the coming months. The subscription nature of contracts and revenue has insulated firms from market volatility – with capital markets software, like other vertical software, being well protected from the short-term downturn.

Looking further ahead though, the growth outlook for capital markets fintech may soon be more challenged in places. This is prompting many private equity investors and market infrastructure firms to ask where tailwinds might appear. This piece doesn’t attempt to be comprehensive but instead highlights just three emerging trends playing out in the sell-side, which we believe to be of interest for alternative capital in the sector.

1. Location strategy
The first quarter of 2020 was, along with many other things, an interesting case study in how well trading businesses can operate remotely, as dealers rushed to implement business continuity plans (BCP) and stand-up working-from-home operations.

In the very near term, this is causing a spike in interest in the tech solutions that facilitate these alternative working arrangements. In the near-to-medium term, this is starting to drive fresh and more robust thinking around location strategy – which roles need to be in high-cost locations, versus nearshore locations or offshore. In the mid-to-longer term, we may see more of a move to “centralized” or “hosted” fintech, as more capital markets activity needs to be enabled remotely. This change would be an analog to the post-Global Financial Crisis world, which underwent a shift to a centralized clearing.

While making predictions in the current environment is perilous, it looks like the second quarter will be slightly calmer in markets.

We expect the capital markets tech providers who support flexible working patterns (including but not limited to soft turrets, trader surveillance, voice recognition, trade reporting, collaboration, and community communications) to be seen as increasingly valuable to the sell-side, as the front, middle and back-office workforce patterns evolve.

2. Cross-asset electronic execution
Various factors are prompting dealers to get more coordinated across asset classes: an evolution in the way large institutional investors are setting themselves up; continued growth in electronic trading and in a broadening set of asset classes; and of course sustained cost pressure in the dealers themselves (many of whom are frustrated with current spend levels on existing vended solutions), driving the need for more efficiency.

While there are limits to the “everything is going cross-asset” thesis – real market structure differences between asset classes persist, not all clients trade multi-asset – we are seeing more dealers take steps to build and maintain electronic services across more asset classes, in more capabilities, than before. And market infrastructure is looking closer at cross-asset applicability in pre-trade and post-trade in particular.

Fintechs who can project across a range of asset classes with the capabilities they enable (including but not limited to: client and venue connectivity, transaction cost analysis, liquidity aggregation, execution algorithms, and regtech) are likely to be well-received in this context.

3. Competitive structure
As things stand in the second quarter of 2020, the divide between the mega-incumbents – capital markets fintechs which have acquired aggressively, now generating $750 million plus revenues, generally enjoying incumbency of distribution, and the rest – with many firms in the sub-$100 million revenue bracket, which typically have one or two differentiated points of excellence – has never been starker.

Both from an end client demand perspective and out of economic necessity, there is an impetus growing in the market for a roll-up strategy. This would combine several existing firms into a composite that would have the critical mass to compete and invest in product and provide excellence across asset classes and capabilities. At the same time, the incumbents may be prompted to release previously acquired assets that have underperformed versus expectations under their stewardship, providing new opportunities for growing competitors to achieve a step-change in scale.

This expertise exists in several firms currently serving capital markets dealers – it remains to be seen which private equity firm or other acquiror has the appetite to prosecute this roll-up strategy. 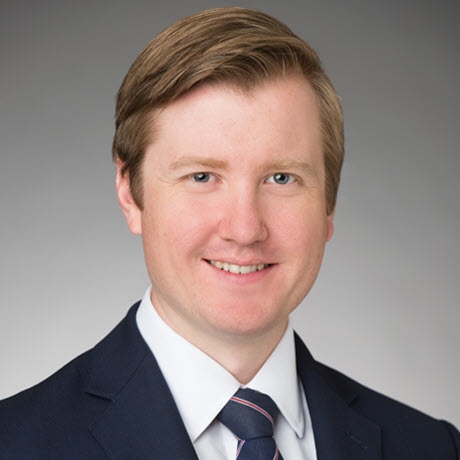