How cities should prepare for artificial intelligence

While there is much discussion about how artificial intelligence will continue to transform industries and organizations, a key driver of AI’s role in the global economy will be cities. How cities deal with coming changes will determine which ones will thrive in the future.

Many cities have plans to become “smart cities” armed with AI-driven processes and services, such as AI-based traffic control systems, to improve residents’ lives. But simply adopting these new technologies won’t be enough to guarantee their success. Jobs that exist today may not exist tomorrow. Completely new jobs will need to be filled quickly. Many people today don’t yet have the skills needed for the jobs of the future. Yet cities cannot just shrink and grow their populations and talent at will.

To  realize the potential of AI, city administrations have to work with local employers to plan    for new opportunities — along with possible painful transitions — that their communities may experience. Many US cities once dependent on manufacturing industries have made the shift to knowledge-based economies, including cities like Pittsburgh, Pennsylvania; Rochester, New York; and Madison, Wisconsin. In order for these economies to continue to prosper, cities — along with organizations and education experts — need to assess and prepare for AI-related skills gaps.

As with other technological revolutions, the move toward widespread use of AI will likely trigger urban shifts in cities. To better understand the scope of these changes, we conducted three studies. First, we examined how many people in American cities work in jobs with a greater   than 70 percent probability of being automated. Applying a framework developed by Oxford University researchers Carl Benedikt Frey and Michael A. Osborne to 24 major US cities, we found that between 33 percent and 44 percent of people work in jobs considered at high risk, including retail salespeople, cashiers, office workers, and other service-related jobs.

That means millions of people will likely need assistance in transitioning to new jobs and roles as soon as within the next five years. In cities like New York and Los Angeles, with millions employed, many workers will need to find new professions (such as those in highly vulnerable roles such as tax preparers, loan officers, bank tellers, receptionists, and administrative assistants) as the nature of work is completely transformed. Even in global tech hubs like San Francisco and San Jose, California, about 400,000 people currently work in similarly vulnerable roles.

We surveyed more than 9,000 people in 21 major global cities to discover to what extent they expect, and may already be experiencing, displacement as a result of new technologies. These findings reaffirmed that transitions to AI-related jobs could prove problematic within the workforce. While most people (69 percent) expect their respective cities and residents will benefit in some way over the next 20 years from new technologies like AI, nearly half (45 percent) also expect their own jobs will be automated within the next decade. One-third of respondents in North America and Europe felt unsure about their city government’s vision for how to cope with technological change.

To dive deeper into this issue and quantify the extent to which more than 100 global cities are prepared to meet AI-related challenges, we conducted a series of expert interviews. This included speaking with 50 experts across academia, city governments, and business to determine what “prepared” really looks like in terms of cities’ readiness for broad social and economic changes.

The data we collected showed that, in order to capture new prospects created by AI while minimizing risks, cities need to take advantage of four essential qualities: a vision for   responding to technological change; a city administration able to activate new plans; a strong foundation of top talent, top employers, and top educational institutions; and the momentum to seize new opportunities.

No city excelled across all four dimensions — most cities currently lead in only one or two facets. Singapore and Dubai have detailed visions for how to be leaders in the coming era of technological change. Singapore’s Digital Economy Framework for Action boldly states that it should seek out new digital opportunities for its businesses and people. Government agencies in Dubai publicly say they are examining ways to adopt new technologies and to recruit leading AI research labs and innovators, in part to support the United Arab Emirates’ broader AI strategy to eventually lift the UAE’s gross domestic product by 35 percent.

Administrations of European cities such as Stockholm, which has strong intellectual property laws and open immigration policies, stand out when it comes to being able to implement AI-related plans. Megacities like London, New York, and Paris have the rare trio of top talent, top employers, and top educational institutions. Asian cities like Hangzhou and Shenzhen, China, are focused on succeeding in an era of AI and rising fast, in large part because they now have the universities and startup ecosystems that enable them to attract companies. Indeed, although until recently known as a sleepy fishing village, Shenzhen is now often called the Silicon Valley of hardware.

HOW CITIES AND COMPANIES CAN PREPARE

So, what should cities and local companies do to set themselves up for success amid the coming shifts? First, city administrations should start to assess how well their communities are positioned for the coming technological changes. Since AI applications and other technologies spread quickly and see adoption at varying rates across different locations, it can be difficult for cities to keep track of the pace and degree of a given technology’s impact. But cities might approach this concern by conducting thoughtful workforce analysis and forging public-private partnerships.

Millions of people will likely need assistance in transitioning to new jobs within the next five years.

City administrations need to examine the composition of jobs in their current workforce and what skills will be in high demand going forward. For example, Bertelsmann Foundation worked with the National Association of Workforce Boards to develop a detailed perspective on how Riverside (Calif.) policymakers and workers are prepared for the future of work. Once cities determine what the future workforce will look like, they can better understand the extent and nature of the gap between where they are and where they need to be.

Second, cities need to remain in close communication with employers so that they have a better understanding of new AI use cases — and how they’ll impact the workforce for better or for worse. City administrators should research if local companies are running pilots to automate customer service. They will have to prepare for the impact from not only one company’s successful pilot, but also from other local employers with similar employees.

At the other end of the spectrum, city administrations should assist with re-skilling and development efforts for the local community so that residents and employees can find new opportunities when necessary.

One way to achieve this is for cities to appoint chief digital officers to play this role, as has been done in New York, Melbourne, Boston, London, and Athens. Some cities have also started to provide financial support, as in Hong Kong, where the Continuing Education Fund was recently doubled in size to prepare for re-skilling people who lose their jobs due to automation.

At the same time, companies should be community-minded and make cities more aware of their needs. Companies know where job cuts are likely, while cities have the responsibility for dealing with the impact. To ease the transition, companies and cities will need to work together to reduce the risks to local communities by putting them in a stronger position to grasp AI’s possibilities.

by the widespread adoption of AI by arming people with the skills required to realize its promise. These should be introduced concurrently with childhood through 12th-grade educational initiatives. Eventually, cities will have to revamp educational programs if they want residents entering the workforce in the future to have the skills required to tap into, and possibly even create, AI innovations.

The majority of our survey respondents expect to feel the impact of AI within five years. There is no time to waste.

Timocin Pervane, who was part of the Oliver Wyman Forum’s City Readiness Initiative. 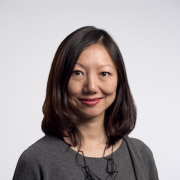