Five Things The Military Can Teach Your Company About Agility

By David Gillespie
This article first appeared on the World Economic Forum Agenda on September 25, 2018.

The military is good in a crisis, or so accepted wisdom goes, so if your business is facing a critical period, who better to learn from than those who’ve been on the real front lines? It sounds attractive, but can companies actually apply military lessons on agility?

To help answer this question, I interviewed former members of the US, UK and Israeli military who now work in the private sector. Their insights pointed to a structured and consistent approach to achieving what one called “agility in the moment”. Agility in the moment does not occur by chance, but came from five factors that might also be applicable in a business context.

The military and the private sector are worlds apart, yet when it comes to agility they share many of the same goals.

The military does not leave culture to chance; it defines it, trains it in and reinforces it at every turn. But it isn’t the culture we might imagine. “You can’t order someone to run at a machine gun,” one told me. “If you must resort to a formal order, you’ve basically failed,” said another. Getting people to put themselves in harm’s way comes less from instructions and more from shared purpose and mutual trust.

Compare that with research indicating less than half of employees know what their company stands for. Despite Larry Fink of Blackrock saying, “Without a sense of purpose, no company either public or private, can achieve its full potential”, few organizations appear near best-practice military when it comes to clarity of purpose and mission.

Inextricably linked to purpose is a pervasive sense of trust, which interviewees cited as central to agility. “Military people treat each other like family,” said one. They trust their teams on an adult-to-adult basis, empower them to make decisions, and embrace feedback, however challenging.

In the military, one person told me, “It’s team first, individuals second.” In corporates, he added, it’s the other way around. In a 2013 survey, 82% said they didn’t trust their boss to tell the truth. In a survey for the World Economic Forum, only 65% of people said they trust the company they work for.

Military trust is two-way: you trust others and are trusted in return. Interviewees were empowered to push the boundaries up to the point of failure. “I want you to make mistakes,” a battalion commander told one interviewee. “If you don’t make mistakes, I won’t know if you’re really doing anything.”

Build your business around shared purpose and mutual trust and, interviewees believe, you have the foundations for a highly agile organization.

In his memoirs, the great trumpeter Dizzy Gillespie described the essential skills of a jazz musician. “Mastery of instrument” headed the list. It’s important “because when you think of something to play, you must play it quickly, because you don’t have time to figure how, chords changing so quickly.”

The same principle applies on the battlefield where something akin to muscle memory needs to kick in to give that extra moment to consider the next move. To that end, processes are comprehensive and exhaustively trained in. “It allows you to operate at times of high stress,” one told me. “You can fall back on a drill when your mind is shutting down,” said another.

However, people are expected to think for themselves, not blindly follow instructions. The expectation is to learn the basics and adapt them to changing situations. In the experience of interviewees, the difference to the private sector is marked. Corporate processes are often ill-defined, poorly trained and yet rigidly enforced. Command-and-control cultures encourage people to follow rules to the letter or “wait to be told”. Compliance is high, initiative is muted and agility is low.

Without the basics, improvisation is chaotic. Without improvisation, an organization is only quick as its slowest central team. The military knows this and creates space for both. The result are units more like a jazz band than you might think.

3. Train for your next job, learn for your whole career

Processes need to be ingrained so deeply, they’re almost beyond memory. That’s where training comes in. The military takes training to extremes not seen in the corporate world. But, again, it is not what you might expect.

The military train people for their next job, not just the current one. Rigorous training ahead of time including extensive leadership training. Courses of months, even years, are common, hardwiring agile leadership concepts such as “Mission Command”, “Commander’s Intent” and “Two Up” until they become habitual.

Beyond role training, interviewees emphasized the premium placed on “learning beyond the job”. The seven current US chiefs of staff have 17 degrees between them, 10 of which are second degrees or beyond, and five of which can reasonably be categorized as outside of the day job. Similarly, the British Army has introduced non-military elements into its learning plans, including external secondments as part of senior career paths.

The military commitment to learning is striking. Why do they see it as so important? Because amongst other things it increases diversity of thought and combats the “group think” that can blind them to new perspectives.

The military might be able to invest more in training than the average company, but the mindset of learning is open to everyone. As General Martin Dempsey, previously chairman of the joint chiefs – and the holder of four degrees – said: “Part of being a leader is a deep dedication to lifelong learning. If you don’t continue to learn, you’re stagnant and you get left behind.”

As Vince Lombardi, the legendary American football coach, once said, “Practice does not make perfect. Only perfect practice makes perfect.” Practice, the twin of training is, in the view of interviewees, not just less visible in the corporate world but often simply absent.

When military training finishes, the practice starts. Exercises designed for unexpected changes hone new skills and build resilience through what Anders Ericsson calls deliberate practice – intense practice concentrated on weaknesses and skills not yet mastered, with clearly defined goals and regular feedback from a coach.

Military units practice how to plan an operation with imperfect information in chaotic situations. Practice means a seven-day combat estimate process can be applied in 45 minutes or even 45 seconds in extremis. In the private sector, few practice in such a structured way. Organizations all too often invest in training, skip the practice and jump straight to rollout. Training is quickly forgotten, processes fail to embed and agility diminishes.

The military practice for a reason – to increase “agility in the moment”. Businesses take note.

“When you have the chance of dying, it tends to focus the mind,” said one interviewee. “The person who makes order out of chaos quickest is the person who wins,” said another. Tellingly, all the examples of military agility were operational. Remove the existential threat of live operations, and the military becomes slow and bureaucratic.

Take the example of the British medical teams in Afghanistan. Medics took the initiative to adapt standard procedures in the face of high battlefield-mortality rates. Through a range of innovations, including one nicknamed memorably as “magic pixie dust”, the rate of “unexpected survivors” on the battlefield increased to more than four times that achieved for the same injuries in civilian peacetime hospitals.

Harnessing existential risks has long been seen as valuable to business. John Kotter listed “not establishing a great enough sense of urgency” as the number one reason why transformation efforts fail. Yet in the modern age it’s the risk of cyberattacks that represent a more pressing danger. Robert Mueller stated in 2012, when he was FBI director, that cyber would overtake terrorism as the US’s top concern; six years on, research indicates companies are more likely to experience a data breach than a person will catch the flu in a given year.

It’s no wonder Jamie Dimon stated in his letter to JP Morgan shareholders stated, “I cannot overemphasize the importance of cybersecurity”. The question for corporates is not do they face existential risks, but can they harness them to galvanize the organization?

No one interviewed made a comparison between the risk to individuals on a battlefield and corporate risks. But there are insights to be drawn because, for many companies, the need for “agility in the moment” is not an abstract concept, but a daily priority.

6. Taking lessons from the military on agility

The military and the private sector are worlds apart, yet when it comes to agility they share many of the same goals. Military organizations in the last two decades have made dramatic changes to their leadership and organizational models. Private-sector organizations are increasingly doing the same in the face of unprecedented external environments.

“Agility in the moment” does not happen by chance. The modern military, while far from perfect especially away from the battlefield, might just be a useful source of inspiration to ensure your company responds effectively when it matters most. 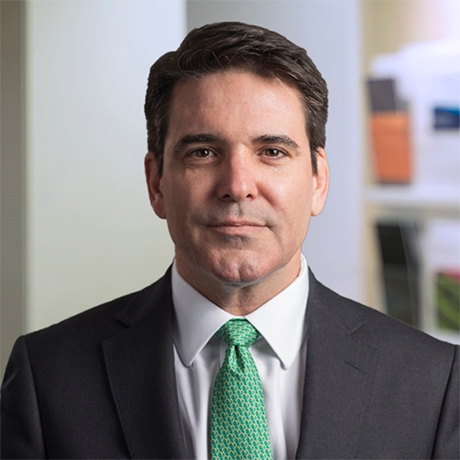