The world has become far more unpredictable, and a new set of societal norms are emerging requiring agility, resiliency, and stronger connections with our communities.

Healthcare organizations are pushing innovations at an accelerated pace. The Health Innovation Journal uncovers a path forward for leading changemakers.

OWHIC champions innovation by envisioning market-based solutions to today’s and tomorrow’s challenges, and we have established a cross-industry community of thought-leaders to share and shape ideas. Based on the deep healthcare expertise of Oliver Wyman and drawing on its Leaders Alliance network of innovators across sectors and industries, OWHIC identifies and disseminates the ideas and practices that will transform healthcare.

The OWHIC Leaders Alliance is a coalition comprised of senior executives from all areas of healthcare who have committed to work collaboratively on key issues impacting consumer value and overall industry sustainability.

We – as an industry – have historically made so many predictions about how healthcare might transform, many of which came true, and others that unfolded in ways we didn’t expect. Now the foundation has been laid. The first principles are in place. We are primed for a world of new possibilities that will enable us to create more accessible, affordable, and higher quality healthcare. These inevitable changes will make us think and act differently – in how we operate, how we interact, and in what we offer. And while challenging us, they will also inspire, as many of these certainties will drive to better outcomes and a much richer consumer experience. At the Summit this fall, we will discuss inevitable and inspiring Future Truths, and explore what they mean for all of us.

Learn More About the Event

Insights From the Cutting Edge of an Industry in Transformation

2020 is a turning point for our lives. In this fourth edition of the Health Innovation Journal we've highlighted bold ideas we believe will become reality given the current innovation trajectory – one shaped by both unexpected solutions born from an unprecedented crisis as well as fundamental shifts well underway. This collection of articles reflects the latest perspectives from thought leaders within our Health and Life Sciences practice and beyond, all at the frontlines of industry-wide transformation. 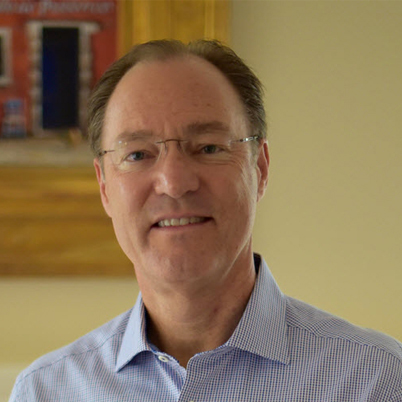 Tom Main was committed to mentorship – mentoring both scrappy innovators and well-established executives – and he did so with a genuine passion. The Tom Main Health Innovation Mentorship seeks to model Tom’s innate behavior and desire to support those who sought to transform the health industry in pursuit of a better way. Through the Mentorship, we aspire to carry on Tom’s mission to support those with vision, passion, and determination, in advancing the health industry.