Consolidation Isn't The Answer For Regionals

Our Expertise Insights Consolidation Isn't The Answer For Regionals

This article first appeared in American Banker on November 15, 2019.

The U.S. banking industry is bracing for trouble.

Economic growth is slowing, the yield curve recently inverted and a growing number of prognosticators are forecasting a recession in the next few years, if not quarters. That has some analysts predicting another wave of consolidation among regional banks.

Mergers have been a big part of the banking playbook. When the economy appears to be slowing, regional banks often look for opportunities to consolidate in order to increase their customer base and product offerings, while cutting costs across the combined enterprise.

But consolidation is no longer a panacea. Regional banks are facing stiff new competition from bigger banks — as well as fintechs and nonbank lenders — making it more difficult to grow customer bases by acquisition alone.

What’s more, years of technological development and regulatory change have created complex institutions that are now difficult to integrate without enormous focus, effort and expense. And if history is a guide, such deals might not yield the long-term cost savings managers and investors expect.

In short, the M&A bulls are too bullish, and most banks can’t rely on mergers to save them from growing pains like some have done in the past.

Regional banks have performed strongly over the past few years, and are currently enjoying profitability levels last experienced before the Great Recession, as measured by return on average assets. But the industry has undergone numerous changes that will make it tough for smaller banks to merge during the next slowdown.

Competition on many fronts has limited the opportunities for customer gains through consolidation alone. The biggest banks are expanding aggressively into traditional regional markets, making it more difficult for regional banks to gain customers by combining.

JPMorgan Chase is planning to enter nine major U.S. markets, with more than 400 added branches over the next five years, while Bank of America in April announced plans to open 350 new centers by 2021, many in new markets.

The big banks also are penetrating areas through expanded virtual services, aggressive digital marketing campaigns and superior digital platforms. Some are rolling out new digital banks of their own.

Likewise, nonbank lenders are piling into lending, while other disruptors such as Google and Amazon are continuing to expand their financial-services presence and capabilities.

The new competition across these various channels is prompting customers to raise their expectations of banks and rethink their relationships. While bank branches are still important, they are no longer the dominant factor they once were. Buying branches doesn’t ensure growth like it used to.

On the cost side, history shows there is no guarantee banks will be able to identify enough areas of overlap or variable costs to drive lasting shareholder value from acquisitions. Even if the merger has short-term success, such as closing duplicative branches and consolidating vendor agreements, costs often creep back up once the low-hanging fruit has been grabbed.

For a deal to pay off today, both banks need to be large enough in scale to form a new entity that can compete with the big banks on digital experience and larger commercial deals; realize benefits from regulatory reforms; and create scale that meaningfully improves unit economics.

In most cases, the banks also need branch networks with meaningful overlap to drive large (and lasting) operational synergies and cost reductions, and to offset a good portion of the acquisition premium and deal costs.

Those conditions aren’t easily met. For example, the BB&T-SunTrust merger had 25% branch overlap to help offset the deal premium, according to Oliver Wyman’s research. Further, an analysis of branch overlap for the top 30 regional banks showed only four bank combinations with the same (or greater) overlap threshold.

Deals also need to be priced in a way that works for both the buyer and the seller. Most deal books extrapolate future earnings using past performance and place a multiple — of book value or earnings — on top of lofty expectations to arrive at a selling price.

The mismatch between buyer and seller perception of valuation can be large, especially at the peak of an economic cycle.

With both the cost and revenue equations of potential mergers facing these new pressures, a dealmaking bonanza seems unlikely. Instead, many regional banks might seek organic forms of transformation, from doubling down on particular business units or customer segments to developing new, customer-centric active solutions to meet a wider array of real customer needs.

Banks are realizing the classic playbook for economic slowdowns needs to be rewritten. In this period of massive disruption, banks during the next downturn won’t be able to merge their way to profitability and growth. 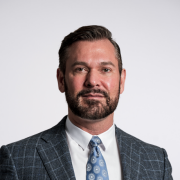 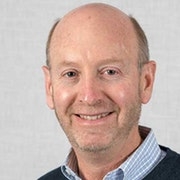