By Patrick Lortie
This article first appeared in Forbes on January 25,2018.

The latest round of negotiations to modernize the North American Free Trade Agreement began this week in Montreal, and the hand-wringing in Canada has hit a fever pitch as trade negotiators fear President Donald Trump will pull the United States out of the agreement.

While few in Canada would endorse an end to one of the largest free trade regions in the world, Canada may in fact have less to lose than many fear if no compromise is worked out. We just need to step away from the rhetoric and examine the facts.

No doubt, there’s considerable import-export business with the U.S. on the line: In 2016, Canada was the second-largest trading partner to the United States. The aggregate value of merchandise exports moving south each year represents close to one-quarter of the Canadian gross domestic product (GDP) and more than three-quarters of Canada’s total exports.

If NAFTA goes away, Canada may not be left out in the cold. An earlier trade pact — the Canada-U.S. Free Trade Agreement (CUSFTA) — was temporarily suspended when NAFTA took its place in 1994 and could be revived. CUSFTA, the kind of bilateral agreement that President Trump says he prefers over multinational ones, originally created the tariff-free environment for Canada and the U.S. that all of North America now enjoys under NAFTA. While it doesn’t provide the sophisticated dispute resolution mechanism or rules of origin determination of NAFTA, CUSFTA would protect the duty-free status of most goods traveling cross-border. 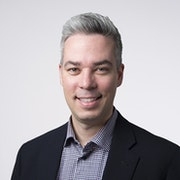