The fall of the Berlin Wall, in 1989, ushered in a new era of globalization. People, capital, goods, and ideas moved around the world with a freedom not seen since the late 19th century.

The economic gains for developing countries have been extraordinary. The percentage of the world’s population living in absolute poverty has fallen from 40% in 1980 to 10% today. China and India now have middle classes numbering in the hundreds of millions.

Multinational corporations have been instrumental in this process. To reduce costs, they have shifted production to countries with low-paid workers, thereby increasing demand for their labor and increasing their wages. This has spread advanced production techniques and management practices around the world, dramatically improving productivity. And they have sold their products in countries whose citizens were until recently shut off from goods and services of the quality and value familiar to Western consumers.

It wasn’t for charity, of course. Shareholders have benefited greatly from bigger product markets, lower production costs, and the judicious use of head office domiciles to reduce tax bills. Since 1990, the market capitalization of multinational corporations has grown at more than three times the average rate of listed companies around the world, our research shows.

As this mood is translated into policy, the structural advantages of multinational corporations are coming under threat from five main sources.

But this ascendancy is under threat. Political sentiment has turned against globalization and the political and economic policies that promoted it.

The financial crisis of 2008 is often attributed to deregulation and unfettered capitalism. Governments have since created new regulatory agencies and strengthened the powers of existing ones with a view to reducing “systemic risk” and protecting consumers, workers, and the environment.

At the same time, international trade and migration have come to be seen as harmful to the low- and middle-skilled workers in advanced economies, suppressing their wages and threatening their jobs and ways of life. Brexit, the election of Donald Trump, and the rise of nationalist parties across Europe are signs of this new political mood.

As this mood is translated into policy, the structural advantages of multinational corporations are coming under threat from five main sources.

Tariffs not only restrict global corporations’ access to consumers around the world but also drive up production costs, as the price of imported components increases.

The first, and most obvious, is trade protectionism. Already, the World Trade Organization reports a rise in protectionist measures by the G20 countries, with 1,583 added since 2008 and only 387 removed. Tariffs not only restrict global corporations’ access to consumers around the world but also drive up production costs, as the price of imported components increases.

Second is the return of “industrial policy,” as advocated, for example, by Theresa May, the British prime minister. Domestic champions receive favorable regulatory treatment that makes competing with them difficult for global corporations. Multinational banks are in retreat, and even digital businesses such as Uber and Airbnb have found their business models undermined in several countries by regulations introduced to protect the domestic suppliers they compete with.

Fourth are the broader demands for corporations to be socially responsible. This can reduce revenues — for example, through demands for more-affordable products. It can increase costs, through calls for fair pay or environmentally friendly production. And it can push tax liabilities up, from what the letter of the law says to what is deemed a company’s fair contribution. Some multinational corporations have already made voluntary tax contributions in response to public discontent.

The first major adaptation is the adoption of corporate goals that go beyond short-term gain for shareholders and attend to the longer-term interests of all stakeholders.

This new world order need not spell the end of multinational corporations. But they will need to change. In particular, we see two major adaptations that are needed — and one enduring advantage that will become even more important.

The first major adaptation is the adoption of corporate goals that go beyond short-term gain for shareholders and attend to the longer-term interests of all stakeholders. What this means in practice will vary with the multinational corporation’s line of business: An oil company will need to protect the environment; a bank will need to promote the financial security of its customers and contribute to macroeconomic stability; a global fashion brand will need to be a good employer (or buyer). Social responsibility must be built into the business model, rather than being a philanthropic appendage.

The second is that a shift from global models to approaches based on a global-local hybrid approach. Centralized governance and “cut and paste” business models won’t work in the new world of economic nationalism. Multinational corporations may need to evolve from being globally integrated enterprises to federations of quasi-independent subsidiaries. This will mean being a little less multinational — making fewer, deeper strategic commitments to particular markets.

The business model in which intellectual property is used will need to be tailored to the regulations and political imperatives of the countries where it is deployed.

The business model in which intellectual property is used will need to be tailored to the regulations and political imperatives of the countries where it is deployed. But provided this can be achieved quickly and at reasonable cost, as it usually can be where digital intellectual property is concerned, multinational corporations will still be able to derive outsize value from it. Hence the continued success of Netflix, Skype, Zappos, and the like as the tide has turned against globalization.

Under the economically liberal policy consensus of the last 30 years, senior leaders of multinational corporations concerned themselves with commercial matters — consumer demand, production efficiency, investor appetite, and so on. They must now pay far more attention to innovation and politics. If any are reluctant to do so, they should remember the wisdom of Pericles: “Just because you do not take an interest in politics doesn’t mean politics won’t take an interest in you.” 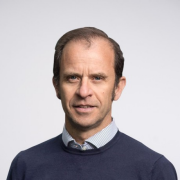