Cybil Zhang spent six months as a fellow for TechnoServe in Zambia.

TechnoServe is a nonprofit organization that connects business professionals to projects in developing countries through its Fellows Program. The consulting project involves volunteers using their business skills to alleviate poverty and drive broader social impact.

During my time with TechnoServe I lived and worked in Zambia on a project with COMACO, a  local nonprofit focused on both conservation and business. On the conservation side, COMACO works with farmers in the Luangwa Valley to provide them with food and income security in order to prevent the poaching of endangered animals. On the business side, COMACO purchases crops from its farmers, processes it into food, and sells it to consumers. Through grit and hard work, COMACO has become the #1 seller of peanut butter in Zambia. However, an in-depth diagnostic and strategy was needed to secure long-term financial viability, and my project was part of this broader 18-month effort by TechnoServe.

I was in Zambia from January to April of 2017, working with a team of two other Fellows on different workstreams. My role involved:

I was exposed to an international development opportunity and further developed my consulting skills. It was exciting to solve similar problems in new ways, especially in an environment where there wasn’t a formulaic process to follow.

As a Fellow, I used many of the same consulting skills I developed at Oliver Wyman, but within the context of a developing country. There were many unexpected hurdles, such as limited use of data analytics and a misalignment between some donor objectives and business objectives, but there were also more opportunities to think creatively. For instance, COMACO did not have competitor data recorded. This was a problem because they didn't have their own prices, sales volumes, or competitor prices recorded in a meaningful way, so it was difficult to connect certain product attributes to sales. Our team soon realized one grocery store records the weekly and monthly sales volumes next to the prices on the shelf. This grocery store was a customer that also carried competitor products. As a result, we created a database to better understand COMACO’s brand positioning, pricing, and market share. We were able to show which products were main competitors for COMACO, what their product offering was vs. the client's, and what the price points were in the market. We were also able to show which other players were not main competitors but had been the focus of many discussions for the client. Ultimately, this data helped us segment the market and give some focus to the client for how to think about its own product positioning.

Overall, I really cherish my Nonprofit Fellowship experience as I was exposed to an international development opportunity  and further developed my consulting skills. It was exciting to solve similar problems in new ways, especially in an environment where there wasn’t a formulaic process to follow. 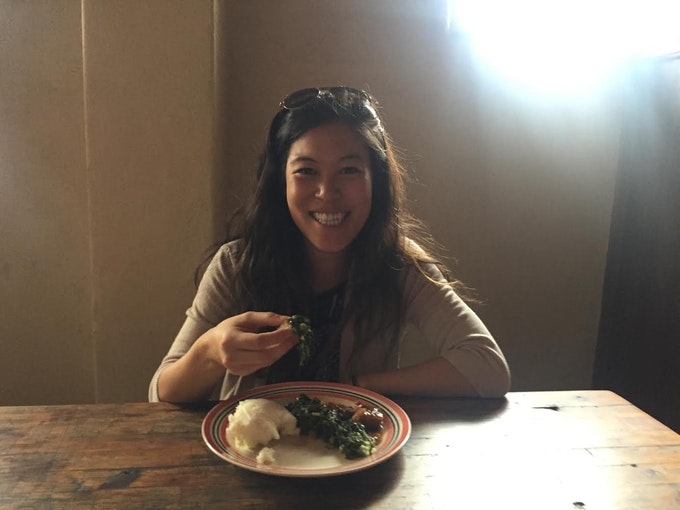 Cybil Zhang spent 6 months as a fellow in Zambia, and recounts how this experience has further developed her consulting skills.