Featured In Bloomberg Businessweek ME

Our Expertise Insights Aging And Automation

By Jeff Youssef
This article first appeared in Bloomberg Businessweek ME on October 1, 2018.

The global labour market has endured a series of disruptions in recent decades – from rapid globalisation, to deep business-cycle troughs to battles for gender equality. Today, workforces globally are justifiably anxious once more due to the Fourth Industrial Revolution (4IR) – a merging of the physical and the digital that hints at widespread future redundancies – as well as rapid societal ageing. Shrewd policy initiatives will be required to address the twin threats of aging and automation, and to mitigate the associated fallouts. Job displacement at the hands of technology accompanied with increasing societal ageing could increase un- and under-employment, widen inequality, and exacerbate talent shortages for firms.

Increased life expectancies and decreasing birth rates around the world have dramatically quickened the global phenomenon of societal ageing. The global birth rate has flattened rapidly over the past five decades and will, according to data from the United Nations Department of Economic and Social Affairs, decrease steadily until the end of the century. Meanwhile, upward mobility and increased access to quality healthcare has increased life expectancies around the world – the UN World Population Prospects projects that between 2015 and 2100, the average global life expectancy at birth will increase by more than ten years.

For many countries, these combined demographic phenomena mean that young-person populations are shrinking in favour of older-person populations. The UN has projected that by 2050, more than a third of the entire world’s population will be above the age of 50 – even though back in 1950, this age group made up just 15.7 percent of the world’s population. Many economists have expressed concerns over these trends, citing the potential for slowed productivity, labour shortages, and for pension systems being placed under pressure as pension recipients grow while working contributors dry up.

However, societal ageing in much of the developed world has also given rise to an additional phenomenon: the rise of the older worker. OECD data shows that older workers’ average retirement ages are steadily increasing, as more and more workers in the developed world delay exiting the workforce to make use of their good health and collect additional funds for retirement. On average around the OECD, older workers (aged 50-64) are increasingly making up larger and larger shares of their countries’ labour forces. The ability of these older workers to retain their jobs and incomes will be crucial in the coming decades to ensure older workers afford retirement without falling into hardship.

The Fourth Industrial Revolution, now in full swing, is disrupting entire value chains and reshaping the very nature of work. Governments and companies, looking to do more with less, are turning to emerging technologies to usher in new efficiencies. Today, public and private entities are still nursing their wounds from a decade-long global downturn, and are enticed by the promises of digital transformation.

Unfortunately, digital transformations threaten the jobs and livelihoods of large swathes of workers – especially older ones skilled in the work of yesterday. Many nations’ older workers will find themselves at risk of being excluded from the economies of tomorrow: indeed, in much of the developed world, older workers tend to widely do work that is at serious risk of automation and displacement. History additionally records long-term unemployment and age discrimination for such employees in OECD nations, and shows that they are prone to particularly harsh fallouts from displacement by new technologies.

Mercer and Oliver Wyman’s report, The Twin Threats of Aging and Automation, focuses on 15 major markets and derives the risk older workers face of displacement by workplace automation in each. The report finds that countries that are ageing the most rapidly also tend to have some of the most older workers at risk of automation – and that most of the highest-risk markets are found in the Asia Pacific region.

Industries in Gulf countries are facing widespread disruption at the hands of technology. Technological progress in many areas – GDP per capita, healthcare access, Internet penetration – has outpaced that of global peers, and governments across the region are eager to leverage the gains of technology to encourage enhanced growth. Saudi Arabia’s “Vision 2030”, for example, has broadly committed to investing in the digital economy with a focus on Artificial Intelligence; the UAE’s “Vision 2021” has similarly identified digital technology as a top primary national sector for investment and growth. At the very same time, GCC countries are ageing rapidly. By 2030 more than 23% of working age population across GCC countries will be above the age of 50 – a dramatic increase up from just 13% in 2015.

Inspired by our report, The Twin Threats of Aging and Automation, and given the dramatic demographic and technological shifts taking place in the region, we decided to do a deep-dive into our home region and conduct new analysis on the ageing and automation threats faced by workforces in GCC countries.

Our results show that older workers situations are not optimistic. Based on our analysis, GCC workers over 50 are at risk of automation by more than 1.5 times the average level for OECD countries. At the same time, in the next 15 years the number of workers in the over-50 age group will grow by over 74% – a far more dramatic growth rate than that seen in many other countries around the world. With high risks of displacement and rapid rates of ageing, older workers in GCC countries will face far greater risks than their global counterparts in the coming decades. This will place pressure on pension funds and older persons’ abilities to fund their retirement, and could accelerate workers’ premature exits from GCC workforces – exacerbating talent shortages and skills gaps for firms that could have been overcome with better training and worker redeployment programmes.

These issues are being exacerbated by the fact that across the GCC, prime-aged populations (those aged 15-49) are shrinking compared with older-worker populations (aged 50-64). The UN’s Populations Division predicts that Saudi Arabia’s working-age population is likely to be 18.2% made up of workers aged 50 to 64 by 2030, and the risk of automation to these workers will sit at 63%*, almost 1.5 times the OECD average. The same data makes similar predictions for Kuwait’s workforce, which will be 19.1% made up of 50-to-64-year-old workers by 2030, facing an automation risk factor of 61%, almost identical to the KSA scenario.

As a result, the GCC faces ever-larger proportions of older workers at risk of automation – and therefore who are also at risk of eventually falling into underfunded and difficult retirement.

In a departure from the global trend of older workers being the most at risk within their respective countries, younger workers in GCC nations actually face slightly higher rates of automation risk than older workers. Twenty-five to 49-year-olds in the Kingdom of Saudi Arabia are also widely employed in automatable work and will face a risk score of 63.7%. In Kuwait, younger workers have an average risk of automation score of 61.9%. The break from the global trend for younger Saudi and Kuwaiti workers repeats across the Gulf. This trend further sounds alarm to the GCC that besides older workers over 50, automation will also greatly impact younger workers in GCC countries, posing a far-reaching threat to all working age populations in this region.

Such high risks of automation to the entire working population will become a pivotal concern for GCC governments, which will exacerbate as pensions and welfare benefits multiply, year after year. GCC nations are traditionally generous when it comes to government support for those out of work. Unemployment benefits in Kuwait, Saudi Arabia and Bahrain, cover up to 60% of the last monthly salary for as long as 12 months, while pensions in those countries can be up to 65% of last salary, commensurate with contribution periods. To maintain such levels of financial aid, GCC governments must address the employability of their ageing workforces. Apart from the continuation of nationalisation programmes seen recently in Saudi Arabia, governments must look to education and business climate.

Education and re-education will be particularly important tools. The skillsets of teachers, quality of classrooms and breadth of curricula need to be enhanced. STEM skills (which provide crucial complements to automation) and softer skills (which are harder to automate) need to become more widespread in classrooms. In addition, reskilling of older workers will become essential in helping them to remain relevant and skilled in the evolving labour market. This will help increase older worker labour force participation rates in some markets where it’s currently less than 50%, such as Saudi Arabia and Oman (2016 data).

Another approach GCC governments could take would be to encourage entrepreneurship. This will require a streamlining of trade-licensing bureaucracy and the establishment of legal and commercial regulations to protect both borrowers and lenders. Such protections should create a business environment conducive to long-term investment. Additionally, governments should allow FSI entities to adapt their products and services to the needs of short-term working capital for small businesses.

GCC countries are ageing rapidly – and by 2050, the region’s bulging youth population will be older and preparing to retire. With youth widely employed in automatable work today, GCC nations may in the future eventually find themselves with a highly aged population bearing the burden of acutely insufficient retirement savings – due to earnings losses sustained due to today’s automation. Governments in the region would do well to take note of the risks of ageing and automation, and ensure that the risks facing many European and OECD nations today do not replicate themselves for the Gulf further down the line. 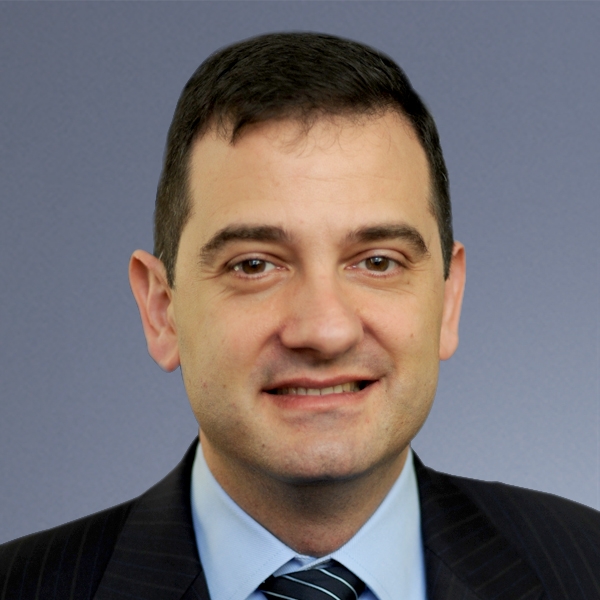