Welcome to the third edition of our EMEA banking newsletter. In this short publication, we look to summarise the themes that we believe are top of the agenda for senior management.

In our recently published European Banking report 2017, “Beyond Restructuring: The New Agenda”, we look at how far Europe’s banks have recovered from the financial crisis and the new challenges they are now facing; New customer preferences, digital interfaces and platform businesses as well as automation and data tools creating both commercial opportunities and the imperative to significantly cut cost bases. We conclude that this future agenda is going to require boldness of a different kind, with changes to the banking business model itself. In this Spotlight edition, we outline some of these issues and highlight a selection of reports on the same.

Control functions should also transform to meet the changing demands of the business.

Balancing innovation and growth while also best serving the customer will be key, and we look at three examples of this. First, investment funds are gaining influence over banks where corporate restructuring is concerned. They possess the right mix of risk appetite and funding to do so in a sustainable way. We then analyze the imminent impact of research unbundling and finally take a look at how credit card issuers are battling for not just every customer, but every transaction. Control functions should also transform to meet the changing demands of the business. We offer advice for the forward looking CRO as they reflect on lessons learned and prepare to build the next generation of risk talent.

Finally, a year on from the Brexit vote, management teams weigh the pros and cons of London versus the EU in an effort to minimize uncertainty – with plenty of banks taking affirmative action to re-locate.

The Dawn of a New Era in Corporate Restructuring

As we outline in our banking report, NPLs are still a major issues in some EU jurisdictions. Until recently, banks that provided the financing have been the driving force behind most turnaround and restructuring processes. But this world is changing. The restructuring of Non-Performing Loans (NPLs) places increased pressure on banks’ balance sheets from regulators and supervisors. The changing financial landscape, however, represents an opportunity for investment funds, which possess a large amount of “dry powder” and an appetite to take over and restructure the loans.

According to the key finding of our 2017 report “The Dawn of A New Era in Corporate Restructuring”, survey participants expect investment funds to place greater emphasis on achieving a sustainable strategic and operational turnaround of the debtor, rather than seeking a short-term solution. Involving investment funds could thus lead to a profound shift in the restructuring ecosystem and increase the likelihood of a successful recovery. This solution will require close collaboration between the two players, which is reflected in the experts’ assessment of the future driver of corporate restructuring in the future, see figure 1.

Figure 1: Who will be the future driver of corporate restructuring on the lender side? (In % of all participants)

So in thinking of the future of restructuring, you may want to think of a new era, one that takes an entrepreneurial approach towards restructuring – driven by players whose goal is to realize the upside in a crisis alongside players who are taking a prudent look at potential risks.

An example of one very disruptive force in part of the sector is within research. From January 2018, MiFID II will require research to be priced separately from execution. This represents a major shift from today’s practice whereby research is supplied as part of a bundle of services, with no explicit charge.  Some of the effects we anticipate are:

The suppliers and providers of research must be prepared to respond to a market that is likely to adapt rapidly over 2018, and may move towards a competitive structure that is both more concentrated and more heterogeneous. Research unbundling looks set to increase the advantages of scale on both the buy and sell side, pressuring mid-sized players. Yet, it will also create opportunities for specialist models that can offer what the larger firms cannot.

It is not just regulation re-defining the banking landscape; technology innovations are also promising to disrupt the status quo. Credit card issuers are one such group grappling with how to get their card to the coveted position of ‘top-of-wallet’. The market is transitioning to the next phase, one where issuers must compete to acquire new customers but also every single transaction. The rise of digital payments could be a game-changer, ushering a new wave of industry dynamics.  For example, in the near future, an app will recommend — or automatically select — the ‘best’ card to use at a given merchant while the cardholder is shopping in-store or online. 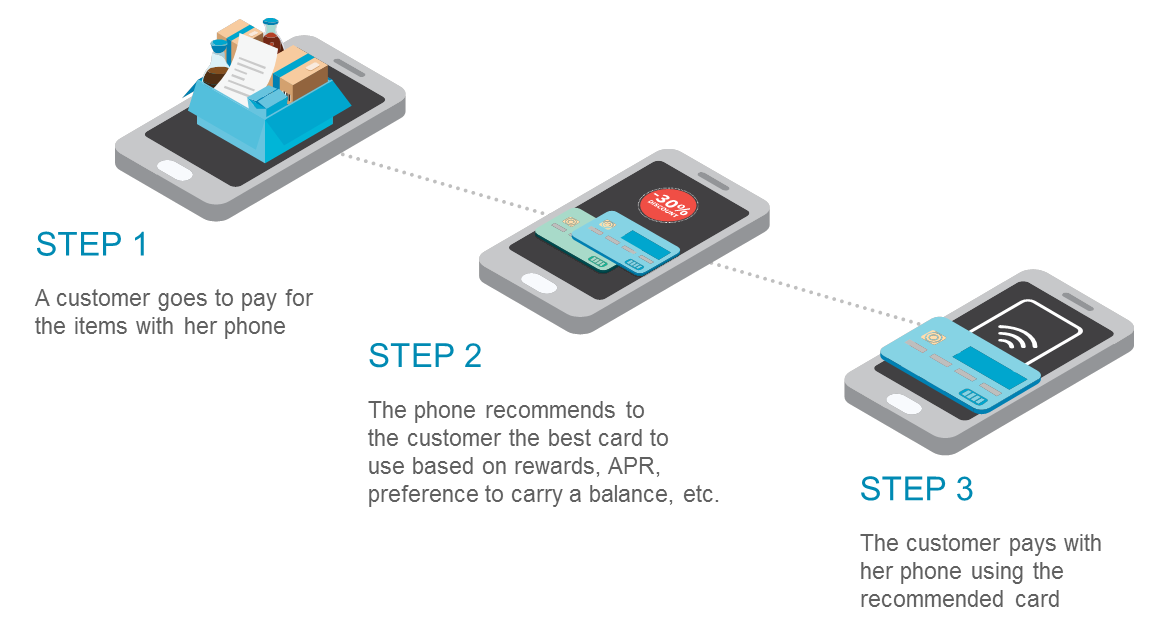 These innovative shifts will have profound implications for financial institutions, networks, merchants, and all others in the credit card ecosystem. Our paper “Achieving Top of Digital Wallet ” draws on data from over 4,000 card holders, and looks at top of wallet behavior today, and actual cardholder spend data across issuers. Furthermore, we outline our hypothesis on strategies issuers can develop to deliver value, acquire and retain customers.

The Future of Risk Management

As banks face the new era, each of the support and control functions will also need to evolve in order to meet the new shape of banking and nature of the control environment required to support this business.

This is partiually true of the Risk function. Since 2007 the influence of banks’ risk organisations has grown enormously as they have reshaped themselves, going beyond the management of traditional financial risks to also work on strengthening risk culture, controls and conduct. In “The Future of Risk Management ” we delve into five priority areas for the forward looking CRO:

To build the next generation of risk talent, organisations need to recruit, develop and retain staff with skills that differ significantly from those that are found in risk functions today. Figure 3 outlines the expected shift in resource allocation. 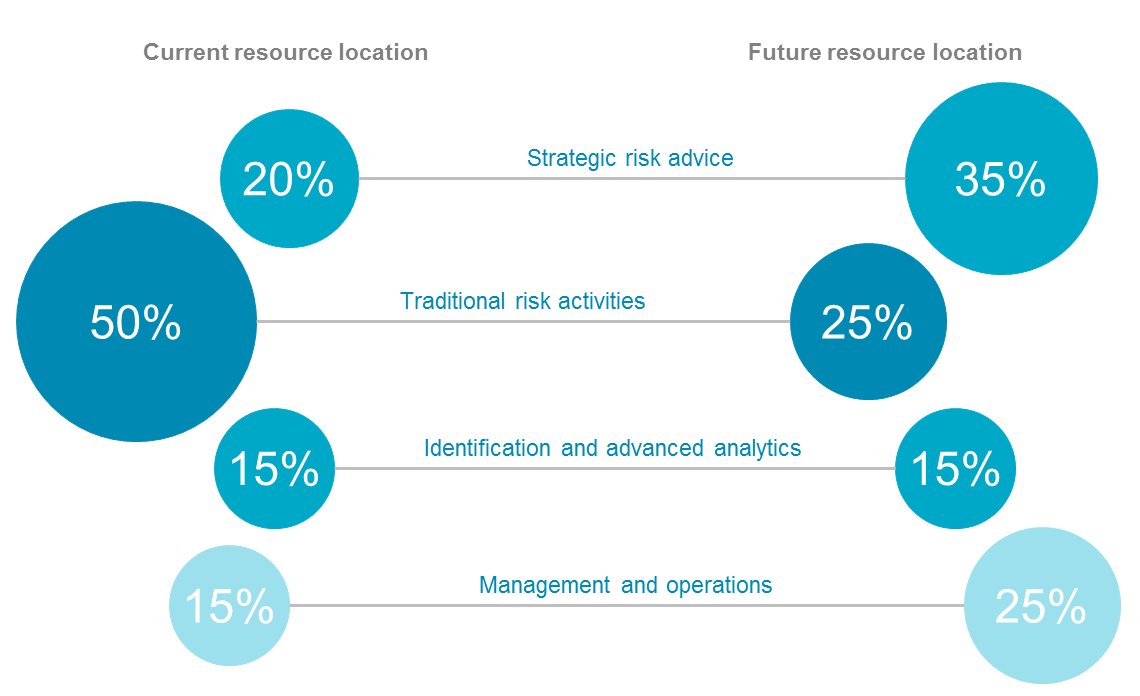 One Year On From The Brexit Vote

Despite a year passing since Britain voted to leave the EU, we still know relatively little about the likely future arrangements between the EU and the UK. However, we have learned more about how wholesale banking might be affected as management teams have pored over their options and worked through detailed contingency plans.

In our recent report “One Year on from the Brexit Vote” we estimate that the wholesale banking industry would need to find USD 30–50 billion of extra capital to support new European entities, equivalent to 15–30% of capital committed to the regional by wholesale banks. Some of this may be reallocated from the UK, but up to 50% might be incremental as the inefficiencies of the more fragmented set up come to bite.

Given that returns on equity in European wholesale banking are already below hurdle for many players, these new challenges from Brexit will raise difficult questions about the viability of some activities over the medium term, either in the UK or in EU, depending on the shape of the business. Some banks may even choose to withdraw capacity from the European market as a whole and redeploy to other regions, such as Asia or the US.

The longer-term risk is that a bank will take a series of steps, each seemingly sensible in itself, which draw it into a structurally unprofitable position. Strategic options, such as shifts in client or product mix, need to be evaluated as part of the response to a hard Brexit outcome, which in turn may lead to further business restructuring in the region.

Have the EMEA Banking Spotlight delivered straight to your inbox.