In a global climate of unprecedented geopolitical uncertainty, rapid technological advancement and digital disruption, we are facing a crisis of purpose and belonging at all levels - company, community, country. Leadership is being disrupted and effective leadership is more complex than ever.

In November we gathered an intimate group of the C-Suite under the recently launched Forum banner to discuss a range of topical perspectives, including: the state of politics, with reflections immediately post the Brexit deadline, the role of corporates and how purpose translates practically to strategy and the power and perils of data by those on the cutting edge. 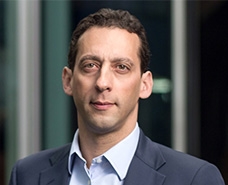 The mission of the forum is all about bringing together global leaders from business, public policy and society to tackle the worlds toughest problems and create positive impact.