Finextra and Financial IT: Why Robots And AI Will Never Rule Banking

Finextra and Financial IT: Why Robots And AI Will Never Rule Banking

Around the UK, alarm is growing from a belief that robots are taking away jobs. This fear is misplaced. From the steam-powered cotton mills of the industrial revolution to the rise of ATMs in the 1970s, there is little evidence to support the theory that mass unemployment arises from introducing robotic processes, because new kinds of jobs always arise.

When thinking about robots in business, often it’s the dancing arms of a car production line that spring to mind, or Ocado’s trundling army of shopping boxes patiently building up grocery orders. For financial services, the picture is more mundane: perhaps an automated low-balance alert or a robot vacuum cleaner doing its rounds after head office closes.

There are huge opportunities being missed by financial services companies failing to take full advantage of new technology. To transform their businesses, senior leaders need to understand what technology can help them do better.

So, what is the financial services equivalent of a robot that packs ten thousand fish fingers a day? We believe it is faster and more accurate data processing, which will enable all parts of the business to make smarter decisions. This will not be at the expense of jobs, because when making automated decisions there is strong evidence that machines work better when people are in the loop.

For an example, look at the history of AI in the game of chess. After Garry Kasparov lost to IBM’s supercomputer Deep Blue in 1997, he established a new form of chess, called Advanced Chess – sometimes called cyborg chess. It became apparent that a human plus a computer working on the same team will beat any human or computer.

If digitalisation can focus primarily not on replacing human employees, but enhancing what they can do, there will still be as many jobs in financial services after the digital revolution. Imagine if the pricing algorithms at two rival insurance companies were not monitored by a manager – they would drive profits into the ground in their efforts to always be cheaper than the other.

Human oversight and creativity are essential if robots and digitisation are to create a significant competitive advantage for a firm. Financial regulation processes clearly demonstrate of this. Through innovations in RegTech more banking activities can be monitored at a faster speed. However, when this technology flags a possible breach it is still a team of experts with deep industry knowledge who review it and take any necessary actions.

Human oversight and creativity are essential if robots and digitisation are to create a significant competitive advantage for a firm.

Elsewhere in financial services, digitisation will result in freeing up time for teams to do the unstructured activities robots are very bad at and humans do very well. Take the example of an investment fund manager generating a performance report for a client. Currently, the manager needs to assemble the relevant information then manually complete the analysis, interpretation, and recommendations. But if this data-led process was automated, the manager can spend more time on other activities like improving under-performing funds and building client relationships.

In addition, digitisation will create new roles. Larger teams of data scientists are needed to continually refine algorithms and create and trial new robotic learning innovations to improve productivity and profitability. These digital experts will also play a part in training other teams to understand and adopt new processes like machine learning algorithms to make them a part of everyday life.

Workers should be reassured that even if there are redundancies in the financial services sector, across the UK economy as a whole digitisation will create more jobs than it eliminates. Businesses, cities, and the government are working hard on programmes that will build a workforce armed with the right skills to fill these roles. One example is future.now, an initiative from the Lord Mayor of London that is bringing together leading companies, education providers, and charities to address the UK’s digital skills gap.

For financial services companies, robots and AI will not replace every job and they will never rule over the sector. But to stay competitive as companies and stay relevant as employees, it is vital to learn how to work better with robots and digital tools, for the sake of both individual careers and our entire economy. 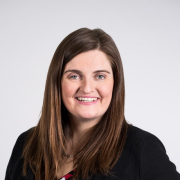