The Metaverse: A User’s Guide For Brands
By Laure Charpentier and Germain Terreaux

The Metaverse is the latest buzzword on tech giants’ lips: a future global phenomenon that many believe will transform the online environment, where any number of universes might collide in a gigantic virtual world. A place where avatars can interact in real time, while sharing an online economy in any number of virtual stores. Mark Zuckerberg has declared it the future of the Internet, while brands across the globe, from Tommy Hilfiger (which has recently organized one of the Metaverse’s first fashion shows) to JP Morgan (which has set up the first Metaverse bank) are already getting involved. But is the Metaverse more than just hype? Will it truly change our lives? Whatever happens, companies should start conceptualizing for the Metaverse now, to ensure they catch the bus.

When Facebook renamed itself ‘Meta’ in October 2021, the term ‘Metaverse’ entered the mainstream consciousness. Cynics were quick to point out that we’ve been here before, with Second Life, a virtual space where avatars could also interact and engage in commercial activities such as buying land or houses. In 2006, Businessweek featured Second Life on its cover under the title, ‘Virtual World, Real Money’, and companies such as Nissan, Starwood & Sun Microsystems invested early. Since then, the environment has remained stubbornly niche.

Although we’ve seen some examples of a developing digital economy within the Metaverse such as a Gucci bag that sold on Roblox for more than its physical equivalent, is this really a watershed moment? Will it be different this time?

Our perspective, based on converging signals, is: yes.

With the time to act fast approaching, brands need to be clear on what the Metaverse and its implications really mean, including the timeframe, and where they should act now.

The Metaverse is becoming real

Metaverses are digital experiences that offer an alternative and/or complementary reality to the physical world with key attributes: immersive, virtual, interactive, decentralized, persistent, and interconnected.

This is now becoming real thanks to a convergence of emerging and maturing technologies: 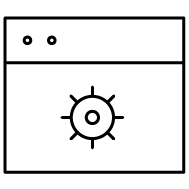 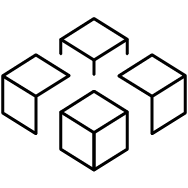 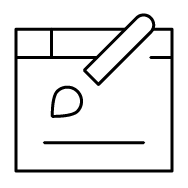 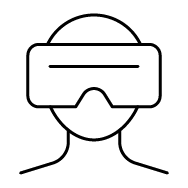 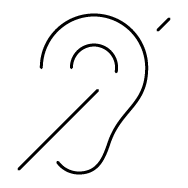 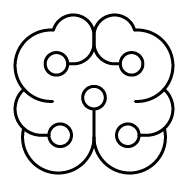 Chris Dixon, an early investor in Oculus said, ‘Disruptive technologies are initially viewed as “toys”’. And today’s metaverses are predominantly accessed through gaming. Just look at the rise of Roblox. The immersion comes either through the creativity of the environment or emerging, but limited, immersive technologies like Oculus.

To reach mass adoption, a tipping point for the Metaverse will be as a new medium additive to people’s current physical and digital life, not a source of temporary escapism.

Any experiences within the Metaverse will have to demonstrate clear benefits brought by hardware that is discreet, untethered, and long-lasting, along with software that integrates the Metaverse with our lifestyle rather than separating us from it.

We can already envision a couple of use cases:

From a gamers’ metaverse to a blended reality

The time period for mass adoption of new experiences has been shrinking over the past century. From 100 years for automotive, to 20 years for mobile phone, it only took TikTok five years to reach one billion users.

For Metaverse, we need to distinguish between the speed of software vs the patience still required for the hardware to catch-up.

There are three constraints to solve: processing power to deliver the immersion; battery life; form factor to let us take our metaverses with us discreetly. Once the hardware challenge is solved, we will see an explosive growth of innovation as we revert to the accelerated adoption curves of software. It will be challenging for those companies who haven’t prepared for these technological changes to keep up.

What occurs today is a gamers’ metaverse. The role of brands is to be meaningful and amplify the benefit consumers get from those games. From our measurement of brand performance through Brand Aperture™ we know that ‘feeling part of something bigger’ and ‘this brand reflects who I want to be’ builds meaning between consumers and their brands.

The opportunity is to enable social and aspirational moments, for example providing an avatar with branded merchandise or facilitating experiences that wouldn’t be possible in the real-like Forever 21’s digital world in Roblox.

A consideration is to recognize that consumers are most likely exhibiting different values and behaviors from their real equivalent, while brands need to stay consistent across all mediums. Brands should also be careful of projecting actions and trends from the Metaverse into the real.

Another caution is the risk of addiction. The more immersive, expansive, and aspirational environments become, the more compelling the time spent in the Metaverse. That’s been amplified by behavioral psychology that keeps people engaged, for example through loot boxes. Whether from physical, emotional, or financial exhaustion the risk is there, and a brand’s involvement could lead to reputational damage. With risks responsibly mitigated, participation in the gamers’ metaverse allows companies to deliver more intense experiences than could be cost-effectively delivered in the real, so this should also be evaluated as part of any company’s marketing strategy.

Turning to the longer term, look at Unreal Engine a technology that started in gaming but is now powering film & TV, architectural design, and the automotive industry. Now imagine those capabilities delivered in real-time, overlaid on the real world, truly portable & discreet. This will be a blended reality. Not a standalone Metaverse but a new medium that’s inherently part of our everyday lives. Where NFTs and other immersive digital experiences become seamlessly integrated versus the separation between the real and the gamers’ metaverse of today.

Research from the Oliver Wyman Forum identifies these ‘Citizens of the Metaverse’ as 13 percent of the population with the vast majority willing to pay to access the Metaverse and 64 percent consider virtual assets as equal or more valuable than other financial investments.

The likelihood is that we’re 5-10 years away from the hardware breakthroughs needed to deliver a blended reality. However, for many industries that timeframe is within the window of strategic planning and investments. Leading companies are already investing heavily on Metaverse like Epic raising $1 billion to expand their capabilities, Meta investing $10 billion to develop their Metaverse and Microsoft acquiring for more than $70 billion Activision Blizzard to build their entry point in the Metaverse. This very active scene is also boosted by record-breaking fundraising over the past few months, with outstanding examples like The Sandbox raising $360 million or Sorare with $680 million for NFT cards.

We also benefit from a good understanding of what the technology will enable. At Lippincott, we apply a ‘Customer of the Future’ innovation approach that brings together economists, technologists, anthropologists, and industry specialists to develop scenarios for how consumers might engage with new technologies. Back in 2005, this approach surfaced ‘Connections’ & ‘Suitcase’, identifying social networking and cloud services for a client years ahead of those markets becoming established.

Choose where you want to play in the Metaverse

To be ready for this new medium, brands interested in the Metaverse should choose where they want to play in the layered value chain of the four main items that constitutes the virtual universe:

Today’s metaverses are a pale imitation of what will come. Brand interventions today are primarily focused on the top layer “Content creation”, which are great at generating headlines and valuable for the marketing funnel. The Metaverse offers a new marketing channel that should be part of your marketing mix. What it means for brands is that it is prudent to begin innovation around what’s to come. Many brands have already started to launch metaverse initiatives with different targeted outcomes.

There are also lessons to be learned from how the world has so far transitioned from a physical to a digitally-led world during the 21st century. First, experiences need to be additive, not duplicative. People won’t want a facsimile of what they can already get in the real; they want something that works like magic and provides progress in their lives.

Second, the rules of branding and economics will continue to apply as usual. The experience needs to be relevant, convenient, competitively priced and a demonstration and amplification of a brand’s core purpose. Premium brands will still need a degree of exclusivity. As retailers found in digital, limitless use of digital space creates new problems of choice and search to resolve.

Third, the blended reality form of the Metaverse won’t be a walled garden, it will augment users’ physical and digital lives. It will follow the path of the original digital disrupters that have become omni-channel: looking at you Amazon, Warby Parker, and Casper. Each medium of experience has its own advantages, and innovative companies know how to help their consumers breeze across them on their own terms. The critical lesson is to design from the new medium back, not to layer it onto the existing model.

Shape the future of the Metaverse

Because the Metaverse is still in its infancy, companies have a unique opportunity to be at the forefront of defining what it is and what it could offer. With a clear and genuine vision of what value it can bring to the consumer, a firm could confidently start its metaverse journey.

With the Metaverse solving for discovery, the relative roles of the physical, digital, and metaverse will evolve once again. The smartest companies will experiment and envision new ways to serve consumers as they seamlessly engage across mediums. If a business doesn’t disrupt its own business model, they could find out it could soon be done for them.

So, actively consider the gamers’ metaverse as part of your marketing mix and begin concepting for the blended reality. Use your company’s brand purpose as the North Star to navigate how you can be distinctively relevant to your audiences. Just as eBay insists its staff buy and sell to ensure they understand their customers, find employees – new Citizens of the Metaverse – to bring their experiences into how you solve your customers’ jobs-to-be-done. If the Metaverse does trigger a wave of disruption, the smartest and most well-prepared companies will be the ones catching that wave rather than being the businesses who will be crushed underneath it.

The metaverse is having its moment internationally, accelerated by COVID-19's impact on digital-based economies and disruptions to offline business models.

Retailers And Brands, Prepare For The Social Commerce Surge

How To Accelerate Transformation In Volatile Times

To thrive in this prolonged period of upheaval, cost management isn’t enough. How can leaders safeguard profitability and build more resilience?

Many companies have committed to reaching net-zero carbon emissions, and now the challenge is to turn these commitments into sustainable plans and actions.