Shortly after joining Oliver Wyman, Elliot took the helm of the London chapter of our LGBTQ+ and Allies network, GLOW. His inclusion on the British LGBT+ Awards Top 10 Future Leaders list recognises his work amplifying the network’s impact across the UK & Ireland, organising workshops on trans inclusion for leadership, and speaking publicly on LGBTQ+ issues to the firm.

Elliot has gone above and beyond what is expected of him as a visible gay role-model championing inclusion not just in the LGBTQ+ space but also across gender, race, and other diversity characteristics.

During the COVID-19 lockdown, our usual community outreach was not possible, so Elliot came up with the idea of a firm-wide Zoom event where firm leaders had to bluff their way through powerpoint slides they’d never seen before. The office then voted for a winner using donations. In two sessions, Elliot raised over £7,500 for LGBTQ+ charities including Opening Doors London and  National AIDS Trust.

Elliot’s enthusiasm, vision, and energy during these extraordinary times has not only raised the profile of LGBTQ+ issues within our firm but has also meaningfully contributed to the wider LGBTQ+ community when needed most.

The British LGBT Awards, with Founding Partner NatWest, was created to showcase individuals and organisations that have demonstrated an outstanding commitment to the LGBT+ community. 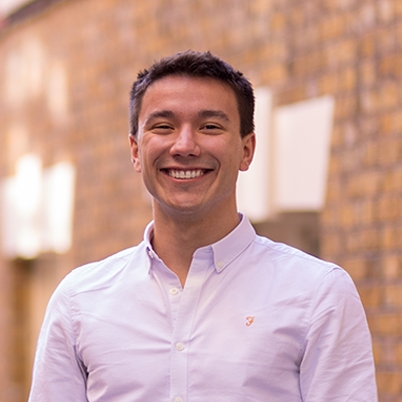