Research into food that can grow in space could help feed this planet. Fy, a nutritional fungi protein made by Nature’s Fynd, began as a NASA project to find out what kind of environment it would make sense to look for some form of life in. Nature’s Fynd is now planning to provide a small production system to grow the alternative protein in the International Space Station.

Back here on Earth, the microorganism is proving a hugely efficient source of protein, and it has already been made into dairy-free cream cheese and meatless breakfast patties. CEO Thomas Jonas talked to Hunter Williams, Partner in Oliver Wyman’s Retail and Consumer Goods Practice, and Sirko Siemssen, Global Leader of the Practice, about food industry innovation, the science behind Fy, and his ambitions for the future.

For those who aren’t familiar, what is the Fy protein, and what makes it special?

First of all, Fy is fungi– not a plant or animal – and it's a complete protein with all the essential amino acids, which is rare outside of the animal world. The only two types of organisms on the planet that can make net new protein are plants and microbes. Agriculture that grows edible protein has been using the same technology – farming plants – for about 11,000 years. You, me, the cow, and the chicken – we repurpose and reorganize protein, but we don't make net new protein. The cow is really a battery. It concentrates the low-protein food it eats in its body. We then eat the cow to get the concentrated protein. But now, we are farming microorganisms to harvest protein.

Secondly, this organism is not a picky eater, which makes it very efficient. Typically, it feeds on glycerin from soy, though corn would work as well. We take the least-valuable fraction of things that are grown, and we can turn one ton of sugar into two tons of meat-like alternative protein. If you step back and look at protein and agriculture, the number one challenge today is lack of efficiency. About 90% of what you put in the front of the cow goes out of the back of the cow. So: Cows are not efficient; microbes are very efficient. That's fundamentally what we're doing.

Thirdly, in a regular environment, a microorganism has to compete with all sorts of other microbes. We are using an extremophile organism that grows in a medium where it is difficult for most organisms to survive, so the number of competitors is drastically reduced. We invented what we call “liquid-air interface fermentation.” We push the organism to set itself up as a colony on the surface of liquid in a tray.

You've brought two products to market, and I'm lucky enough to be in Chicago, close to where you guys are. We did a family taste test, and everybody was a big fan – even our dogs, who typically turn their noses up at alternative proteins.

Because it tastes good! And there’s a biological reason for that - we all evolved from a time when it was very easy to eat mushrooms. If you’re a hunter-gatherer, they’re easier to catch than a rabbit. Therefore, we and other animals are very well equipped to digest this sort of protein. Over the past few weeks, we've done probably between 10,000 and 15,000 individual tastings – in a truck on Michigan Avenue, Chicago, and at a bunch of football games. Out of those, we had about five people who said, “No, I don't want to eat your stuff because it's fungi protein.”

On day one, we launched both a dairy product and a meat alternative – a cream cheese and a breakfast patty – because we want people to see that we can do both. We're an alternative protein platform, which means we can do a large number of different things: dog food, ice cream, pasta. We're trying to find categories, where there is a frustration that we can solve. A lot of plant-based cheese doesn’t taste great, for example. And people love that our breakfast patties have so much protein while being much lower in fat than classic breakfast sausage patties. Going forward, we will go for bigger categories. My goal is that, in a few years, you go to a restaurant for lunch, order a salad, and the waiter asks you what protein you want with it: chicken, salmon, or Fy? 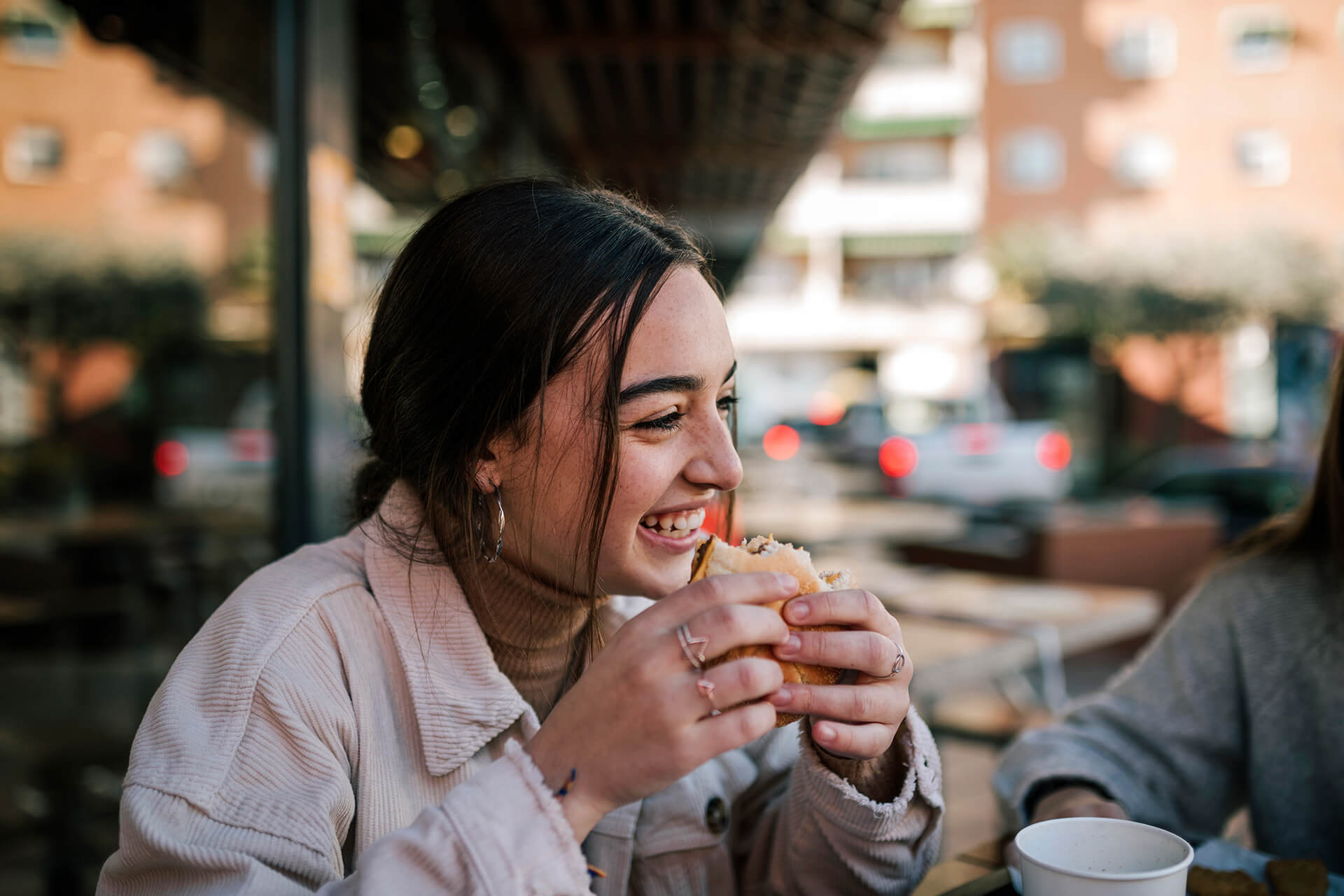 How are you convincing retailers to list your products, when Fy is such a new concept?

Because of the importance of telling that story, we thought it made sense to go direct to the consumer. Retailers are selling what sells, and the growth of the category remains very, very strong. The number one driver remains taste. But there is way more plasticity in taste than we think. Pretty much anything you taste before the age of 15 is going to be the stuff you like going forward. It's like taste in music.

The interest in alternative protein products is way above what anyone expected, especially among Gen Z. You can go into any high school class, ask who's a vegan, and a phenomenal number of kids raise their hands. They aren’t necessarily 100% vegan, but they all think that they should be eating less animal protein, and they're trying these new products. I don’t expect that the whole world will just turn vegan tomorrow, but 20% to 30% of protein in the next 10 or 20 years will come from alternative sources.

The interest in alternative protein products is way above what anyone expected.

Will Fy stay a premium niche? Or will it become mainstream eventually?

As these products mature, prices will match those of animal protein sources. In animal meat, there are no further economies of scale, and they are already heavily subsidized across the world. If our products are premium today, it’s because they use new supply chains and manufacturing systems. The technology is going to continue to improve, and I think there will be diverse positioning, from premium to mass.

What has it been like managing a startup through a world crisis?

The pandemic has highlighted the need for fundamentally new solutions, and we completed a large round of funding of about $350 million. COVID has heightened people’s awareness about global risks, including climate change. This is a slow-motion train crash, and food and agriculture are deeply in need of innovation and new technology. At Nature’s Fynd, we use about 99% less land and about 99% less water than processing beef, and we emit about 94% less greenhouse gas. This enables us to grow Fy in a city: We are 10 or 15 minutes from downtown Chicago.

You have you have a diverse set of sponsors. Were you strategic in choosing them? Do they have different roles to play?

Absolutely, yes. We want to get help from as many angles as possible. We have strategic investors in food and agriculture, and we have investors making a bet that a wave of companies is going to fundamentally disrupt existing systems. On this round, we've increased the number of Asian players, because we think the technology is going to be very valuable in Asia. 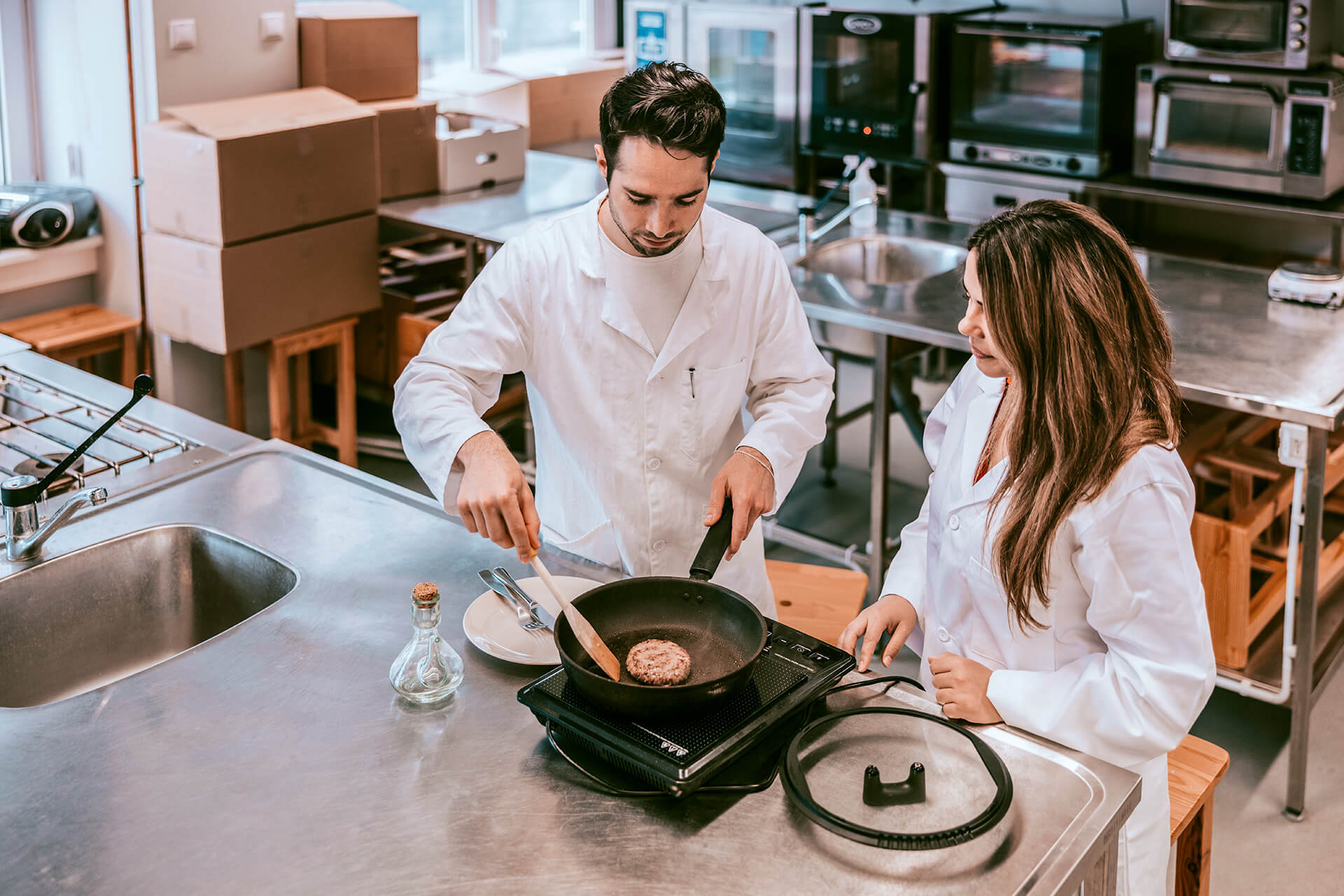 Do you have any advice for food or food-tech entrepreneurs in the broader industry?

Don’t underestimate the speed of change in the food industry. For a very long time, the category was perceived as fairly stagnant. There is way more interest and curiosity in food now than there was 10, 15, 20 years ago. People Instagram their food in restaurants now!

Don’t underestimate the speed of change in the food industry.

Do you think alternative protein is going to be a winner-takes-all market?

No, I think there's going to be a multiplicity. There is a bit of inertia in retail. But if you look at the younger generations, it's going to happen.

After changing this planet, what’s next?

Next, Fy will feed astronauts! We are planning to be in the International Space Station in 2022. We've developed a protein production system about the size of a carry-on suitcase, which should be enough to provide protein for two astronauts on a deep space journey!

Voices of the Industry

Voices of the industry

How Retailers Are Turning Upheaval Into Opportunities

To Be The Best Digital Retail Company, We Have To Put People At The Center Of Our Activities

Consumer Goods Manufacturers must listen to their workforce

we put sustainability at our core, to create positive change for both planet and people

Our store of the future must be a destination: full of inspiration, innovation, and sustainability

We built our technology system for grocery