With the spread of digital technology, consumers have grown enamored with digital content and gadgets, turning companies that cater such products into some of the most successful ever. In contrast, telecom providers helped trigger the explosion in digital services but often go unnoticed, which puts them at risk of losing control over their customer relationships and, as a result, customer-driven profits.

One reason telcos are often overlooked is because there is a traditional focus on technology assets and capex management – at the expense of high-impact product design that will grab consumers’ attention. But digital connectivity has made users’ needs paramount. We think they are better served by a digital business model that enables the creation of attractive digital products and experiences. As an example, that means faster IT releases, employees leveraging agile working principles, and greater use of analytics to deliver personalized experiences. It is especially important to use such a model now, after the COVID-19 pandemic accelerated the digitization of all activities, both work and leisure.

The change will likely not come naturally to incumbent telcos, but some startups within the telecom sector have been successful by applying a digital business model to the sector. Circles.Life, for example, was launched in December 2016 and it says it now has five percent of Singapore’s market. It currently expanding its base in Australia, Taiwan, and Indonesia.

A quick way for an incumbent telecom company to act like a startup is to set one up in-house – a lab of sorts that operates separately from the legacy organization. This unit moves quickly, developing new products and then rapidly testing the market’s appetite for them. Following this, it can pollinate the legacy business to effect a digital transformation for the whole organization. There are three conditions for an internal startup such as this to be a success: having a short-term target, using agile working principles, and operating with autonomy.

Examples of a short-term target include creating a new customer experience, refreshing the core brand, digitizing back-office operations, or carring out a proof of concept for a new IT system. If the target is to attract a market’s young, digitally savvy customers to a digitized platform, the first step is to conduct a market scan of the target demographic. Doing so will likely determine that a relevant mobile data service would need to include a seamless, real-time, unassisted digital experience. The service would let customers feel in control of the product through flexible features such as the ability to buy and cancel services from their mobile phones. A minimum viable product can then be defined and serve as a target for the development process.

Circles.Life understood that digitally savvy consumers were less interested in price and more interested in having convenience, transparency, and control. By freeing consumers from these pain points, the company was able to differentiate its proposition. It set a target of building an end-to-end digitized platform optimized for flexibility and customization. Circles.Life manages the entire value chain – logistics, billing, and a rapid digital onboarding process.

To build products quickly, the unit should use agile working principles of the digital world. In the past, software development followed a standard procedure: objective, followed by design, and then implementation. Agile software development, in contrast, is flexible. Teams work in a series of sprints: Over a period of several weeks, a new product or functionality is developed and deployed, and feedback is received. This process is repeated to deliver a succession of incremental improvements. These improvements lead to the creation of a minimum viable product at a much faster pace than traditional procedures, and can be used later for continued development and upgrades.

Circles.Life applied this principle by consolidating feedback from customers and internal stakeholders iteratively at the end of each sprint to come up with new features and improvements to the platform.

To maximize its potential, the in-house startup needs to operate with a new mindset. To nurture this, it should be given autonomy and allowed to operate at arm’s length from the legacy organization. That implies making it into a separate business unit – and even a different legal entity – with the freedom to make important decisions on branding and pricing. At the same time, it will be able to leverage some of the parent’s procurement systems and processes in order to reduce costs.

Without such autonomy, the competing priorities of the main telco business might stop the digital unit getting the resources and management focus it requires. Autonomy also makes it easier to develop a culture and mindset centered on the customer and to hire people with the right capabilities and experience, typically from other digital players. As an actual startup, Circles.Life was inherently autonomous, with an independent IT stack, a separate team and digital process, unencumbered by constraints from any incumbent telecom company. It took the opportunity to expand its services, offering insurance and ticketing services on its online platform.

How Circles.Life supports incumbent telcos to launch and operate a digital proposition

From Digital Startup To Large-Scale Change

For a large telecom provider, the launch of a successful digital unit is not the finish line. One way the startup unit can contribute to the overall success of the operator, is by competing for customers, and perhaps retaining those which might otherwise migrate to other providers. An effective startup unit might differentiate itself through a B-brand to target a segment the main brand might not focus on - this approach has the dual advantages of diversifying the product portfolio while also defending the main brand against other digital attackers. But the ultimate goal is to digitize the parent company. In order to offer the same level of service as a digital native, the parent company will also require a mechanism to transfer knowledge.

Transference of learnings from digital startup to parent company

Learnings could include technical implementation using agile processes; how to launch and scale a community; and the use of digital channels to optimize advertising impact. Such knowledge might cascade effectively from the digital startup to the parent company via topical learning programs. More-formal structures could include a digital center of excellence in the startup to foster digital talent, who would then transfer to the legacy organization. In all these channels, the parent company needs to measure progress continuously: both the startup’s progress towards its objectives and the flow of learnings to the legacy organization. 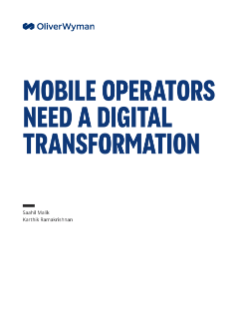