"Consulting is a great background and career preparation for social enterprise...."

Oliver Wyman alum Andrew Youn founded One Acre Fund, a non-profit fighting extreme poverty in Africa, in 2006, after getting his MBA from the Kellog School of Management and spending four years as a consultant at Oliver Wyman. He has been living in rural East Africa for the last decade.

How did Oliver Wyman prepare you (or not) for One Acre Fund?

OW was great preparation for a career of leadership in social enterprise. The first years built up my analytical and communication abilities. In later years, I developed both hard management skills and soft leadership skills. Throughout, I distinctly remember how flexible OW was in helping me pursue my passion for non-profit work—for example, creating a staffing environment that enabled me to be in Boston on Mondays so I could continuously volunteer at the same homeless children’s shelter.

Where did the idea for One Acre Fund come from?

The concept for One Acre Fund started when I met two farmers while traveling somewhat randomly in rural Kenya. One farmer was yielding 2 tons of maize on an acre, and her family was thriving. Another farmer in the same village was yielding four times less food, and she had lost a child. I was inspired to find out why this difference existed, and I was shocked to find that the answer was incredibly simple: the successful farmer was using a little bit of seed, fertilizer, and correct planting practice. Six months later I was back, and tried an ultra-simple support package that provided seed, fertilizer, and training to 40 farm families. An idea was born.

Any words of advice to young (or old) consultants?

Consulting is a great background and career preparation for social enterprise. There is an enormous need for the skills of former consultants here in the non-profit world, but a transition takes courage and a healthy dose of humility. I would encourage people considering international work to find great organizations (e.g. the organizations funded by the Skoll Foundation are generally pretty good), get as close to the field as they can, and also accept that they might start off in a lower role for the first few years. Certainly my organization has a lot of roles where we would start a consultant off a little lower than they currently are at, but would work hard to develop them into top leadership roles quickly. 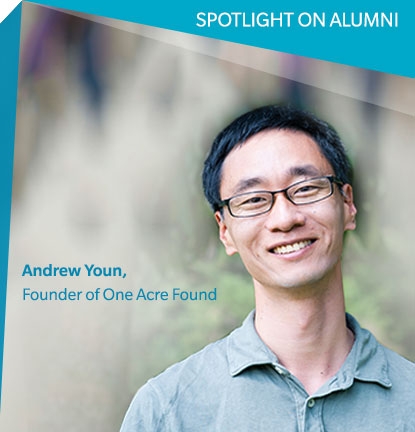