The Decline Of Center Store: Fight Or Flight?

Our Expertise Insights Boardroom Volume 4 The Decline Of Center Store: Fight Or Flight?
FMI and its strategic partner Oliver Wyman are pleased to provide you with this white paper summarizing key insights from FMI’s Senior Merchandising Executive (SME) Forum presentation and discussion, which focused on key strategies for increasing sales in the center store and beyond.

In recent years, it has become clear that the center store is becoming less and less “central.” The value and volume growth of the sales in the center store are lagging that of perimeter categories. In some specific categories, the decline is particularly steep – such as in cereal bars, toaster pastries, juice, or sugar – while perimeter areas like deli, fresh, and bakery are exhibiting strong growth, as seen in Exhibit 1.

However, this is far from the “death of the center store,” as eight out of 10 baskets at checkout contain center store items, according to Supermarket News. Clearly these categories are still fundamental to sales, but the frequency at which center store items are added to shopper baskets is declining. From 2016 to 2017, center store purchase occasions (per shopper) dropped by 2 percent. In the grocery industry, a small percentage change in traffic can make or break the profitability of a store.

DRIVERS OF THE DECLINE IN CENTER STORE SALES

There are three significant headwinds placing sustained pressure on center store performance, including: 1) greater suitability of center store categories for e-commerce adoption, 2) consumer preferences shifting towards food-service offerings with an emphasis on convenience, and 3) lack of product differentiation and excitement amongst center-store product categories.

First, center store categories are suitable for e-commerce adoption. They are ambient, packaged, and have a significant shelf life compared to fresh products.

As such, sales of these categories, particularly the nonfood portion, are moving online. E-commerce adoption has proceeded at varying rates for different categories, as seen in Exhibit 2. Adoption follows a classic S-curve category by category, starting slowly, accelerating to exponential growth, and then flattening. Durables such as electronics and apparel were first to transition and food and nonfood grocery will follow as “blockers” to e-commerce adoption are removed.

Second, at least half of all food and beverage dollars are now spent on out-ofhome consumption. For the first time, the lines between at-home and out-of-home expenditure have converged, as seen in Exhibit 3. The rising share of food service is putting pressure on traditional grocery, and the center store is no exception. The more dining occasions that are taking place out of the home, the less packaged food needs to be purchased at the grocery store, not to mention the napkins and dish detergent that would be used during and after the meal.

How consumers buy for their at-home consumption is changing, as consumers increasingly opt for “food as a service” rather than “food as a product,” driving increased share of fresh-prepared, on premise dining, takeout, and subscription meal-kit services. These offerings pose a threat to fresh and center store categories alike.

Third, there is a lack of differentiation and excitement in center store categories. Many center store category purchases are driven by necessity, making it difficult to create incremental sales from spontaneous purchases. Thinking of ways to address this will be important moving forward. Grocers have struggled to differentiate themselves in the center store, as many of the products look the same, especially in packaged goods. Sales have struggled most where innovation, differentiation, and excitement were lacking.

Exhibit 3: US at-home and out-of-home share of total food expenditures

RETAILERS ARE ASKING THEMSELVES: FIGHT OR FLIGHT?

Against this backdrop, many retailers are asking themselves what to do about the center store space: fight or flight? Should retailers work to reinvigorate growth in the center store and fight back against these trends? Should they accept that some sort of decline is inevitable and focus on making up for the sales elsewhere? Retailers have options that they can deploy to boost sales and take a new perspective on a historically integral section of the grocery store.

We see three primary ways in which retailers can fight to reinvigorate the center store and reverse declining productivity:

1. Differentiate assortment by focusing on high-growth categories or private brands

2. Increase the level of excitement and engagement in center store categories

3. Operate leaner to increase the profitability of each dollar of center store sales

Differentiating with competency in emerging growth categories can be one way to increase productivity. Ethnic foods, specialty items, nutritional products, better-for-you categories, organic, and locally sourced items all present opportunities for growth within the center store. Grocers can double down on these categories to inject vitality into the center store and differentiate from competitors.

Private brand products are another lever grocers can pull to increase margins. Private brands are still underpenetrated in North America, and we expect its share to continue to grow. Part of that effort will be expanding private brands to cover the full range of “good, better, best,” rather than just entry price. Sainsbury’s is an example of a company that provides private brand options throughout the center store that cover the full range of consumer price points, as seen in the example of their tea range in Exhibit 4. The issue of utilizing private brands programs as a strategic asset has been presented at a previous FMI SME Forum. The associated white paper is available through FMI or on the SME Forum micro-site.

Another strategy for making the center store more productive is to increase excitement in product categories. Some examples include locating in-store dining such that it is surrounded by related products. Eataly, the notable Italian marketplace, has taken this concept to the extreme. Another example is tying center store categories closer to the perimeter – such as placing chips next to the cheese or buns, ketchup, mustard, and relish near the hot dogs – to create a seamless occasion-driven buying experience for customers.

Leveraging in-store special events, whether seasonal or for fun, can also generate traffic and excitement around center store categories. Many grocers have started offering in-store wine and beer tastings to inspire activity in those categories. Other retailers such as Costco in the US and Don Quijote in Japan have fully integrated the “treasure hunt” concept into their business model, leveraging limited time offers or strategic product placement to inspire purchasing, as seen in Case Study 1.

Grocery retailers have historically lost share to “category killers” and have dubbed them as a threat to the business. In the present context, however, retailers can take a different stance and look to them for inspiration. Retailers like PetSmart, Sur La Table, and Bed Bath & Beyond are entirely dedicated to a particular category – what can traditional grocery retailers learn from them? In the case of cookware, grocers can learn from players like Sur La Table by leveraging cooking classes to advertise and sell cookware and other prep/cooking products.

The third lever retailers can pull for the “fight” strategy is efficiency – that is, how to reduce costs in the center store and maximize profitability. Oliver Wyman has developed an activity-based costing model to analyze store operations and found that center store accounts for between 35 percent and 40 percent of total in-store labor hours, as seen in Exhibit 5. Shelf maintenance and goods handling are particularly cost prohibitive. Making those as efficient as possible can lead to material savings for retailers. Labor allocation savings can be realized through a combination of tactics such as supporting associates with better tools and information or leveraging technology to improve upstream services for the store (such as shelf-ready packaging, enhanced schematic development, and coupling in-store with velocity data).

On the other hand, retailers can choose to pursue a “flight” strategy in which they acknowledge this decline and focus on making up for sales elsewhere. This can be done in several ways:

2. Double down on the perimeter

If the tide of e-commerce adoption is irresistible and consumers are going to shop online anyway, how can a traditional grocer make sure to capture a significant portion of those sales migrating in that direction?

There are many options for retailers entering e-commerce. There is no “one size fits all” solution, and taking a critical lens to choosing the right model is paramount.

Many retailers have developed a preconception that online delivery offerings will only shift dollars spent, with no incremental sales or substantial incremental costs. However, Alibaba’s Hema grocery in China has dispelled this myth. Hema’s futuristic stores are able to achieve sales densities similar to more traditional hypermarkets in brick-and-mortar operations while effectively doubling sales densities through online delivery, as seen in Exhibit 6.

Mainstream and mass hypermarkets and grocers in China are investing to ensure they are not left behind. Yonghui is an example where stores are being reinvented to be fully online-to-offline (O2O). When ordering using the online application, shoppers can enjoy free 30-minute delivery for orders above 18 RMB – or about US$3. The store is increasingly a true O2O experience, with shoppers able to use the store as a showroom, adding items to their mobile app cart by scanning QR codes on the shelf tags for later delivery to their home. In previous SME Forum events, we have analyzed the click-and-collect model, which can be found on the FMI SME microsite.

2. Double down on the perimeter

Another common “flight” response is to react to the decline in the center store by doubling down in the perimeter. Promoting local fresh or investing in deli are examples of this tactic.

Some stores have invested in “expert zones,” such as Edeka’s “cheese paradise” or Rewe’s smoothie bar, as seen in Case Study 2.

Condensing the center store and repurposing some of the freed-up space is another option for retailers to consider. In Europe, Edeka and Migros have both replaced portions of their center store with areas dedicated to nontraditional household categories, as seen in Case Study 3.

This concept is reminiscent of traditional bookstores’ reaction to declining sales as a result of e-commerce. Retailers like Barnes & Noble found ways to repurpose some of that space for coffee shops, both to increase traffic as well as generate incremental revenue. They also branched out into new, non-traditional but adjacent categories like toys and board games.

In recent years, we have seen that grocery can be on the other side of this equation. Department stores are suffering from weak traffic and poor productivity, seeking ways to revitalize the space. One example of this was the recent Kohl’s and Aldi partnership. Early in 2018, Kohl’s started renting out center-store space to the popular German-owned grocery chain, Aldi, in an effort to drive traffic and increase productivity of the space.

The center store will continue to evolve as retailers play out these strategies in the coming years. Will much of it be housed in the backroom, for delivery? Will some of it be repurchased for a food court? Will it be in part a “showroom,” with consumers scanning what they want now for delivery later?

WHAT’S THE VERDICT: FIGHT OR FLIGHT?

The future grocery store will likely include a smaller yet more productive center-store space. Lines between the center store and perimeter will continue to blur, and retailers will be forced to capitalize on growth where it can be found, whether that be within categories in the center store or in alternative channels and departments (such as online and perimeter).

So what are retailers to do: fight or flight? The reality is that this is a false choice. Retailers will need to pursue a combination of both and consider all the strategies mentioned above, as the trends discussed are real and will continue to play out. Above all, grocers will need to be agile, flexible, and entrepreneurial as the pace of change in our industry accelerates.

The Decline Of Center Store: Fight Or Flight? 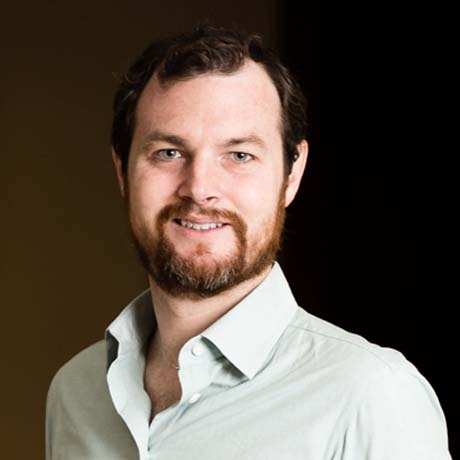