Meet The New “Made In China”

Our Expertise Insights Velocity 2018 Meet The New “Made In China”

This article originally appeared in Forbes on January 15, 2018.

When a two-year-old Chinese startup unveiled the Byton – a high-end, artificially intelligent, fully electric sport utility vehicle that is 40 percent cheaper than a Tesla Model X – at this year’s Consumer Electronics Show (CES), it threw down the gauntlet in the race to develop “intelligent” electric cars. The move signaled that Chinese manufacturing has entered a new phase.

Already among the world’s largest producers of personal computers, solar panels, and integrated circuits, China is also quickly becoming a major supplier in aerospace, electric cars, and robotics. Until now, Chinese producers have been held back from entering these sectors in large part because of concerns over quality and safety. But the fact that Future Mobility Corp. was able to poach some of the biggest names in tech and electric vehicles from companies like BMW, Google, and even Tesla to develop the Byton shows how quickly the landscape can change and how Western companies cannot afford to be complacent.

The Byton has the financial muscle of the nation’s “Made in China 2025” initiative behind it. The 10-year program is dedicated to help China take on top-tier manufacturers in the United States, Europe, and Japan in industrial sectors once considered too technologically sophisticated for low-cost, mass production, like robotics, biopharma and advanced medical equipment, aerospace, power generation, and rail.

The West needs to prepare for the potential of a new, low-cost competitor now – not after China launches products that surpass it.

China’s ambitions to transform itself into a leading manufacturing power has been greeted thus far by an astounding lack of concern, or even curiosity, among European and US industrial incumbents. To be sure, Chinese electric cars have been unveiled in the past and not made it beyond China, the biggest market for EVs in the world. Worse, some have ended up in bankruptcy. Nonetheless, the Byton, which is said to be aiming for a production of around 300,000, has global ambitions and demonstrates China’s capacity and unwavering determination to make it happen – perhaps well before 2025 in some sectors. And with Guangzhou Automobile Group still rumored to be eyeing a bid for Fiat-Chrysler and showing up at the North American International Auto Show in Detroit this year with a new electric car aimed at digital natives, it’s clear that China is pushing forward.

This means that Western manufacturers owe it to their stakeholders to prepare strategies, including increased investment in research and development, to fend off the threat of a new lower-cost competitor on their turf. And that preparation needs to begin now, not after China has launched products that match and surpass the West’s. To wait would create a situation reminiscent of Japan’s battering of the US auto industry in the 1970s when Detroit ignored the success of small cars and kept producing gas-guzzling behemoths.

When companies have national and provincial support and access to low-cost capital, things happen quickly. Beginning in 2007, China provided as much as $18 billion in cheap capital for its then-fledgling solar panel industry. By 2012, major European and US solar panel manufacturers were filing anti-dumping challenges; by 2015, seven of the top 10 solar-panel manufacturers were Chinese, and China controlled almost half of the photovoltaic solar market.

As China pushes forward with “Made in China 2025,” it is pursuing strategic mergers and acquisitions, buying up Western operations to expand its presence in these manufacturing industries, and acquiring proprietary technology. In Europe alone, the value of Chinese M&A deals in aerospace, automotive, electronics, and machinery jumped from $3.8 billion in 2014 (before the “Made in China” initiative was launched) to $14.6 billion in 2015, and more than $22 billion in 2016.

Recently, the Chinese group Midea acquired German robot manufacturer Kuka, an illustration of how China is actively buying technology it sees as critical. Midea committed to maintain Kuka’s headquarters in Germany and support Kuka’s development strategy until 2023. Nevertheless, Kuka’s intellectual property remains at risk over the long term as does Germany’s strategic position in the robotics industry.

China’s state-owned enterprises (SOE) also are consolidating to achieve size and brand recognition and acquire critical technology. For instance, in June 2015, China Railway Rolling Stock Corp. was created from two SOEs and became the largest rolling stock manufacturer in the world. Similarly, in August 2016, Aviation Industry Corporation of China and Commercial Aircraft Corporation of China joined forces with the Chinese government to set up Aero Engine Corporation of China.

Investment in aerospace, automotive, electronics and machinery sectors, per year, in billions of US dollars

Jets made in China

With Aero Engine, China hopes to accelerate the development of indigenous commercial aircraft engine and aircraft production and eventually build an industry. Here, China bumps into stringent global safety regulations and certification requirements that pose sizable hurdles its manufacturers have yet to overcome.

Still, China has leverage from the size of its domestic market, which on its own can sustain substantial production. And in the case of any “Made in China” industry, there’s always the possibility of regulatory measures against foreign competitors, especially given the rise of protectionism worldwide.

The potential for disruption from “Made in China 2025” is great, and Chinese foreign direct investment could translate into a potent technological force capable of taking on competitors like General Electric, BMW, and Airbus. The uncertainty is more in the timing – a question of when, not if, China will crack the global marketplace in cars, rail equipment, aerospace production, or robotics. But the speed at which the Byton came to fruition shows the future will likely be realized in a matter of years – not decades. So those who choose to wait will likely play catch-up when these what-ifs become reality.

Meet The New “Made In China” 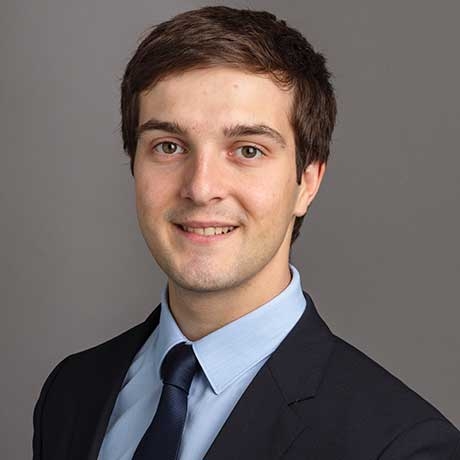