Automakers need a global timetable for phasing out internal-combustion engines

Western car manufacturers have been slow to move beyond the automobile’s century-old, internal-combustion technology. One reason is because there isn’t overwhelming consumer demand for wholly electric vehicles (EVs). It’s also hard to give up those highly lucrative margins on internal-combustion pickups and sport utility vehicles—especially in the United States. And then, there’s the confusing jumble of globally inconsistent regulations and incentives that make it difficult for automakers to plan ahead.

One thing is clear: A transition to electric vehicles is inevitable, and the best thing that could happen to the industry is exactly what is starting to happen—governments are beginning to set timetables, deadlines against which car companies can plan a smooth conversion to an EV world. While it’s doubtful many automakers would readily agree, they should thank the judges of the high court in Germany who recently ruled that German cities can legally ban diesel-powered cars and trucks—even though that ban could affect up to half of the vehicles in Germany.

They also should welcome bans on the sale of internal combustion-powered cars enacted by France, the United Kingdom, India, Norway and the Netherlands—with the earliest of these prohibitions not taking effect until 2025. Several global cities, such as Mexico City and Paris, have banned either diesel or internal-combustion cars starting in the next several years or have proposed bans. (See Exhibit 1.)

And while no date has been set, China—the world’s biggest automotive market—has put its automakers on notice that an IC ban is coming. The bottom line to recent regulations: By 2040, if not before, the majority of new car sales outside of the United States will likely be electric—even though today Western car companies only have a few models to even offer.

While on the surface the prohibitions seem harsh, they provide the industry with the opportunity to plan the transition to EVs. With bans in the biggest markets not starting before 2030 and some not until 2040, car manufacturers have been given much-needed time to switch over their current research and development budgets to EVs, retool their production plants for EVs, and launch more EV models—in the end probably a less expensive option than having to find enough precious financial and talent resources to sustain both IC and electric vehicles over the long-term. In response, several European-based car companies—including Mercedes Benz, Jaguar Land Rover, and Volvo—have already pledged to go all electric over the next four years, and Japanese car maker Toyota dropped diesels, which will also free up resources for EV initiatives.

The one country that seems to be traveling in the opposite direction is the United States, although Germany in recent weeks has started backpedaling on the likelihood of diesel or IC bans. US government policies have been mixed over the last year: While the federal tax rebate is still in place for electric cars, the recent tax legislation limited it to the first 200,000 plug-in electric cars sold by a manufacturer. After that threshold is reached, the incentive goes away. The US also pulled out of the Paris Climate Accord, which would have elicited tough national commitments on carbon-dioxide emission reductions. In April, the Trump administration recommended weakening future fuel-efficiency standards for the first time since they were adopted in 1975, but have been stymied so far by threats from California, 13 other densely populated states, and the District of Columbia that they would make their own rules if the administration proceeds. Combine those moves with the abundance of cheap, minimally taxed gasoline, and it becomes easier to see why both American automakers and consumers remain reluctant to move away from IC-powered cars.

THE NEXT AUTO GIANTS

Foot-dragging by the big global automakers may leave the leadership role in EVs up for grabs over the next five to 10 years. Thanks to the bans, many European automakers appear ready to commit to the future, but will still have to play some catch-up to develop a sufficient array of models to win the consumer. Japanese and South Korean producers are also likely to be running the same race. Of course, with the bans, they have at least a decade to forge forward in the biggest markets.

Already, ahead of the curve are Chinese car companies, which have developed literally dozens of reasonably priced models of EVs. China’s abundance of electric-car choices reflects the success of a government program, called Made in China 2025, which provided domestic automakers with generous subsidies and access to cheap capital to build production and make the necessary acquisitions to help them become global players in EV sales.

As the largest market for autos on the planet – 28.3 million sold in 2017 versus 17.1 million sold in the US – it is not surprising that China is also the biggest market in the world for electric vehicles, accounting for more than half of the 1.1 million sold worldwide in 2017. Of those, 90 percent were produced by Chinese car companies. (See Exhibit 2.)

But Chinese automakers are no longer content with dominating their own market. Their sights are set on selling globally, and by next year several of the largest will begin marketing cars, including EVs, in the US and Europe. The big uncertainty is how America and US-based car makers will respond. General Motors and Tesla are certainly contenders with EV models that are selling. Yet, without a clearer timetable on transitioning to electric, the US may find itself in the position of having other nations set standards for the next generation of vehicles. They are the ones producing and consuming them – and gaining fundamental experience that will move the technology forward.

It does not have to be this way. The United States – with its abundance of single-family homes with garages providing perfect charging stations – is better suited to accommodating electric vehicles than many other countries. And it is not like US automakers lack the technological know-how or ingenuity to make EVs successful. After all, the next biggest supplier of EVs in China is Tesla.

Once at the vanguard of automotive innovation, US automakers need to rekindle that kind of determination to move beyond the insular and short-term thinking that is putting them behind in the race to dominate EVs. Even before electric cars, US producers have watched their global vehicle market share fall, currently expected to dip to a mere 15 percent by 2020 after being 40-plus percent as recently as the 1980s.

US automakers need to embrace EVs and the inevitable change, so they can elicit support from policymakers in the form of dependable incentives and a solid timetable. They should apply the same aggressive playbook that let US innovations like the SUV and certain vehicle safety features become standards of excellence around the world. With that kind of intense focus, EVs could turn into an American success story for the next generation. 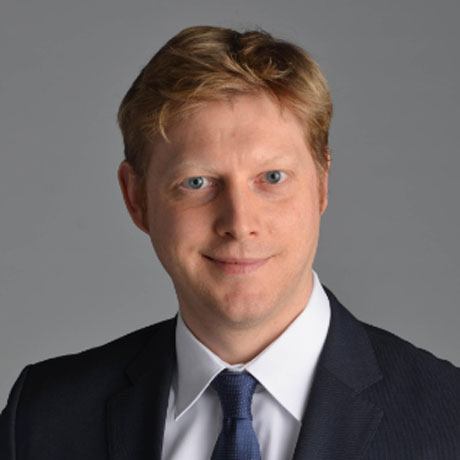